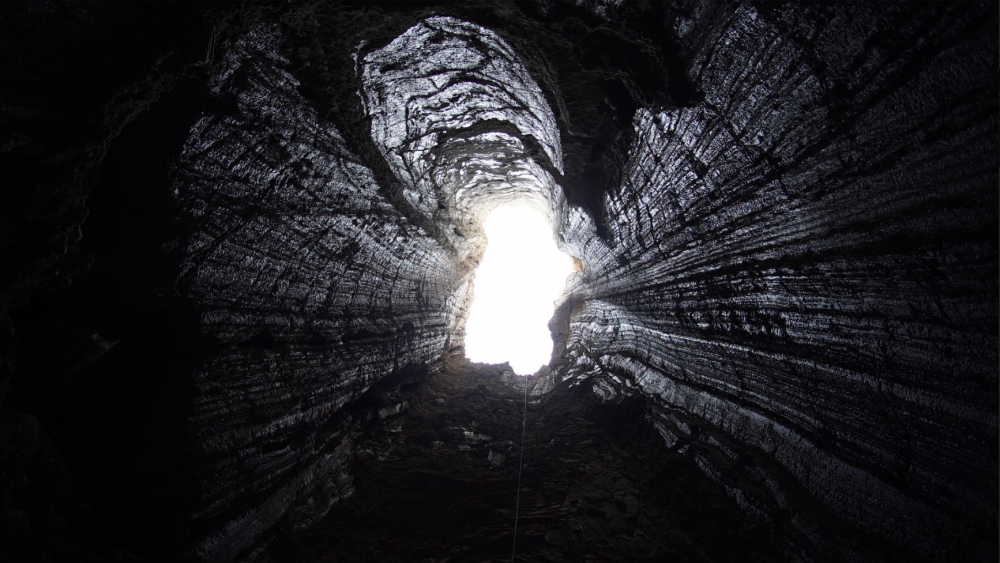 Israel is home to the longest salt cave in the world thanks to the hard work of Israeli researchers and 80 cave divers from around the globe.

Malham is located in on Mount Sedom in Israel's Dead Sea region, which is famous for being the lowest place on earth and its high salt content.

The cave was initially discovered by Hebrew University's Cave Research Center (CRC) in the 1980s. Later, scientists were able to date the cave as approximately 7,000 years old, and rainstorms created new passages for divers to explore.

"The Malham Salt Cave is a river cave," explained Professor Amos Frumkin, director of the CRC at HU's Institute of Earth Sciences. "Water from a surface stream flowed underground and dissolved the salt, creating caves – a process that is still going on when there is strong rain over Mount Sedom about once a year."   In this way, the Malham Salt Cave is "alive" and continues to grow.

When researchers returned to Malhan in 2018 and 2019, their surveys discovered the cave's record-breaking, 10 km (6.2 mile) length.

"Thirty years ago, when we surveyed Malham, we used tape measures and compasses.  Now we have laser technology that beams measurements right to our iPhones," Frumkin recalled.

Despite having the aid of updated tools, the Malham cave mapping project required the help of surveyors from around the world. Divers and researchers came from Israel, Bulgaria, France, United Kingdom, Croatia, Germany and the Czech Republic.

"This entire project began with a call to Antoniya Vlaykova at Bulgaria's Sofia Caving Club & Speleo School.  From the very beginning they showed real interest in collaborating with us and in taking on a central role in the project.  Soon we had a 50-member delegation—half international, half Israeli," said Yoav Negev, the project leader of the Malham Cave Mapping Expedition. "The fact that we came away with a new world record is icing on the cake."

The Divers said being in the cave is like being in a whole other world.

"Mapping Malham Cave took hard work.  We cavers worked 10-hour days underground, crawling through icy salt channels, narrowly avoiding salt stalactites and draw-dropping salt crystals.  Down there it felt like another planet.   Our next and final step is to map the tightest spots and the most difficult ones to reach.  When we're all done, it's likely we'll add a few hundred meters to Malham's impressive 10 kilometer length," said Efraim Cohen, a CRC member.

While mapping the cave, researchers found a wide array of salt stalactites and salt crystals in its chambers.

Now, the research team is processing the final data from the expedition to create an electronic map of the cave and to publish its findings.

Boaz Langford, head of the 2019 Malham Cave Mapping Expedition is proud of everyone who participated.

"Israel's salt caves are a global phenomenon," he said. "My colleagues around the world are always amazed at what we find here.  Returning to survey Malham Cave allowed us to reveal its full dimensions and rank Israel as first among the world's longest salt caves."