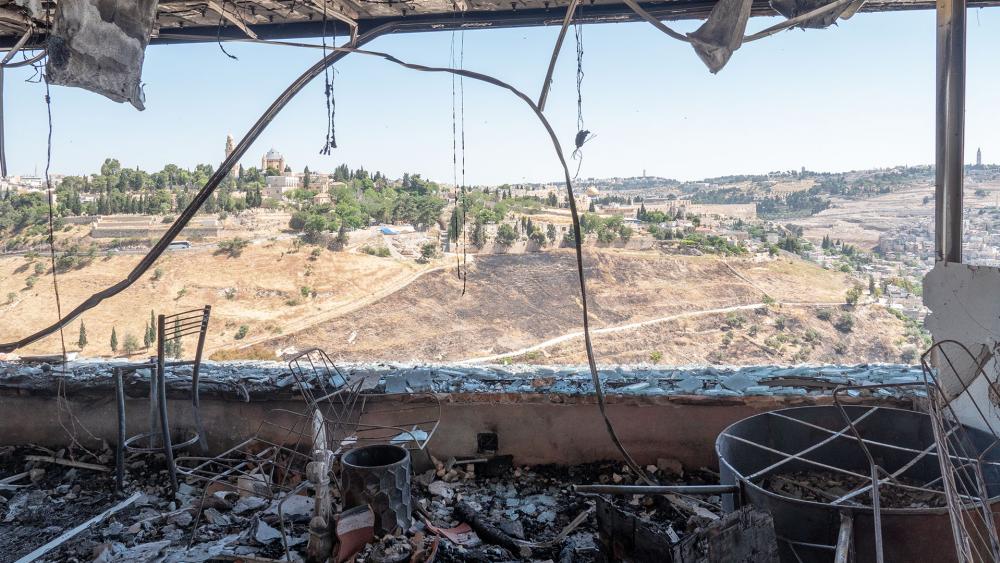 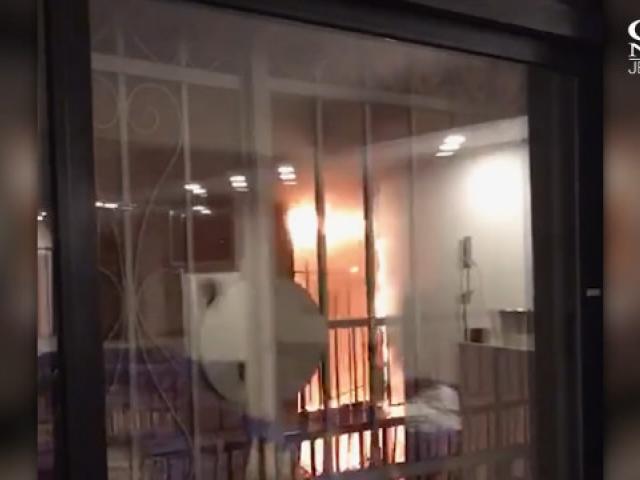 JERUSALEM, Israel – The Jerusalem studio of Daystar, one of the largest Christian networks in the world, was firebombed over the weekend. The attack destroyed Daystar's new studio but the network plans to rebuild.

The fire began early Saturday morning when an arsonist threw a firebomb into the facility.

Daystar was in the midst of a major renovation and upgrade of its studio here in Jerusalem overlooking Mount Zion and the Mount of Olives.  The fire destroyed the new work and much of the existing facility.

"The control room I would say is probably totally devastated," Dave Sharett, the contractor overseeing the renovations told CBN News. "The controls actually start here with the electric panel, the main electric panel and anything plastic is totally melted."

"It was a beautiful like living room set up, real casual set up, nice chairs, stools, tables, nothing survived.  If it didn't burn, it melted," he added.

Sharett showed CBN News the destruction. "This is where we filmed from," he said while motioning towards the studio. "There were four cameras be back in this area here.  And Marcus and Joni and their interviewee would be sitting here and then you would have this fabulous view behind them."

Marcus and Joni Lamb dedicated the Daystar Jerusalem studio in October of 2009.

Daystar was in the home stretch of its construction.

"We were in our last two weeks of renovating the green room area," Sharett said. "We're making the green room smaller but the balcony larger…We just started with the construction of putting things back; getting the electrical in place and getting the walls built to make our June 1 deadline and then this happened."

Even in the midst of the destruction, Sharett believes God is at work.

"I believe that God has a reason and a purpose and at the very least he'll redeem what has happened here.  So, these ashes will raise up, be raised up and proclaim the glory of God," he said.

Daystar pledges to continue their operations and asks for prayers for continued protection.