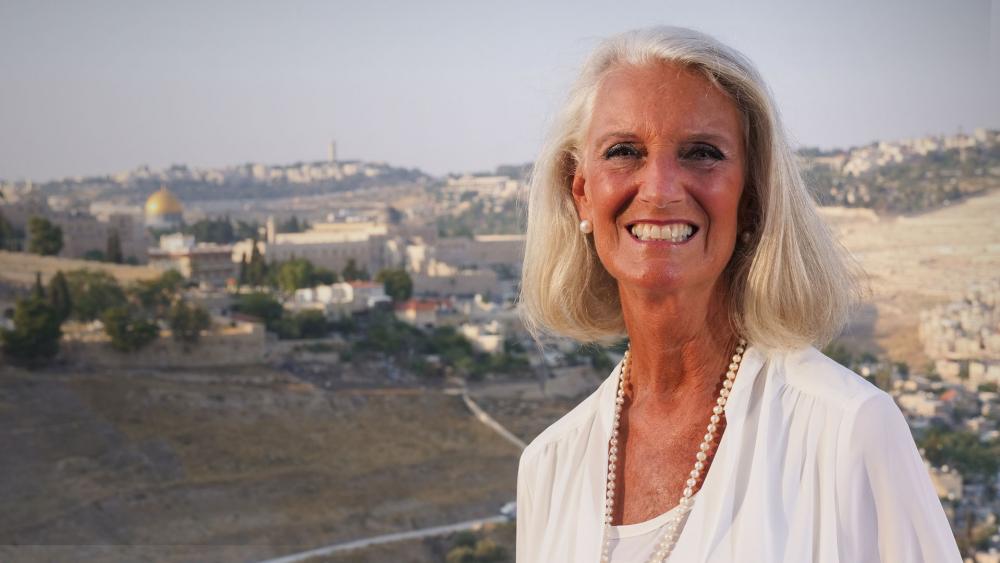 While speaking on "The Jim Bakker Show" last week, Lotz said she was concerned by Trump's decision to allow Turkey to attack America's Kurdish allies, Christians, and others living in northeast Syria.

"I'm like a lot of people—what in the world is going on?" Lotz said.

But the best-selling author thinks God may be up to something and is using Trump "whether he really knows it or not."

"I believe like King Cyrus or others in the Old Testament, Nebuchadnezzar, God uses them," Lotz explained. "So I thought, 'Has God caused him to go against all his advisers, all the military people, and done something that God wanted him to do—whether he knows it's God or not?'"

"Maybe he's just bullheaded or stubborn or somebody rubbed him wrong. But anyway, he pulled us out," she continued.

Lotz explained that although she is "not a prophecy expert," Trump's decision could spark a war prophesied in Ezekiel 38 that "has not yet taken place"

"There is a war that is predicted, that has never happened," she said. "When Gog, the prince of Magog—who some people believe is Putin in Russia—they come down from the north and they align with Turkey and Syria ... and the Sudan and Libya and then they come up and they go against Israel."

"Ezekiel 38 says, 'God has done it,' because He's bringing them against Jerusalem because He is going to judge them and He's going to destroy them," Lotz explained.

Russian President Vladimir Putin met with Turkey's Recep Tayyip Erdogan to devise a ceasefire. The two countries agreed to uphold the ceasefire and patrol a "safe zone" in northeast Syria together after the Kurds have been driven out of the area.

Lotz believes this agreement could have implications for end-time prophecy.

"They (Russian Troops) are now in northern Syria," she said. "So I'm just wondering if it's like a chessboard and if the pieces are being moved to set up maybe the last of the last days, but maybe also that Ezekiel 38 War that has yet to be."

However, as The Christian Post points out, American Vision president and author of The Gog and Magog End-Time Alliance Gary Demar says there are several problems with Lotz's interpretation of Ezekiel 38.

"The most obvious problem is that the battle of Gog and Magog, in the dispensational system Lotz believes and teaches, doesn't take place until after the thousand-year period described in Revelation 20: 7-8," DeMar argued.

"This means that this battle, following dispensationalism, is at least a thousand years in the future and has nothing to do with what's happening in Syria or anywhere else," he said.

Still, Lotz urges believers to pray for the Middle East and for peace to reign in Jerusalem.

"It's a time to pray for the peace of Jerusalem," Lotz said. "They're just in a mess. They don't have a leadership right now. The Israelis are divided when the enemies are surrounding them. And could it be that it gets so bad, that like they did in Judges, they'll cry out? But this time, they'll cry out to God and say, 'God, help us,' and will He send the Messiah to deliver them?

"So it's a very critical, strategic time for the nation of Israel, and I believe God's Word when it says that He blesses those who bless Israel and bless His people. So we can bless them through our prayers for them. Just follow the news. Pray for the leadership. Pray for Israel."