The Battle You Never Hear About: How Intense Persecution is Driving Endangered Christians Out of Gaza 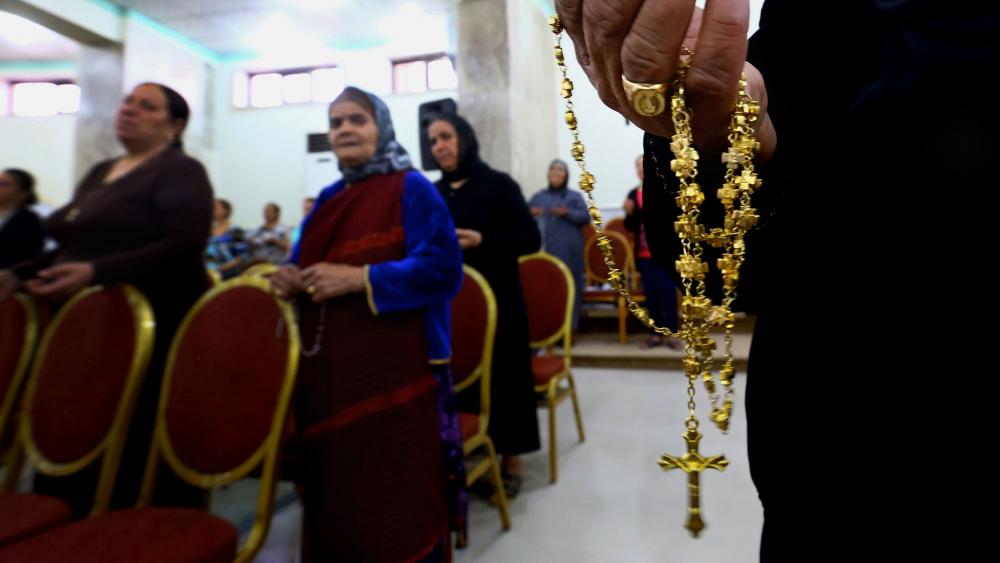 JERUSALEM, Israel - Terrorists in Gaza rained down hundreds of rockets on Israeli civilians over the last week, sending entire cities to their bomb shelters. In response, Israel pounded terror targets in the Gaza Strip with deadly airstrikes.

Bouts of violence like this one are all too familiar realities in the Israeli-Palestinian conflict. Caught in the middle is a little known, underreported group that is quickly disappearing from Gaza - Christians.

Christians have been living in the Holy Land since the time of Jesus, but Gazan Christians are a tiny minority in a big conflict. With less than 1,000 Christians left in Gaza, a merciless humanitarian disaster and intense persecution from the Hamas regime makes them one of the most vulnerable groups of Christians in the Middle East.

"Palestinian Christians, in general, have been around for a very long time and they are a very small part of the population, only about 1 percent of the Palestinian people. But their roots go all the way back. Before Islam, before the Arabs even. They were there since the beginning, they are the descendants of the original church for all intents and purposes," Robert Nicholson, president of a Christian organization called the Philos Project, told CBN News.

Gazan Christians face assault, discrimination, and other forms of persecution simply for being followers of Christ. Their lives are also endangered every time Israel is forced to defend itself against terrorists in the Gaza Strip through airstrikes.

"One Gazan Christian explained to me they're facing Hamas at ground level and they're facing the IDF, or the Israeli airforce, in the skies above as the two sides go to war rather frequently. These Christians just feel like they're caught in the middle and they want to leave," said Nicholson.

The Philos Project, which seeks to promote positive Christian engagement in the Middle East, is helping these Christians escape persecution and relocate to the West Bank. Many of them already have family members there but due to geopolitical restraints, they are unable to see them.

"The Gaza Exodus campaign is an initiative that we are running here at the Philos Project to help any Christian, Palestinian Christians, who want to leave, to leave," Nicholson explained.

Philos is helping sponsor four Gazan Christian families to legally relocate to the West Bank by Christmas time. Due to safety concerns, the identities of these families remain undisclosed.

Gazan Christians feel abandoned but the Philos Project believes their greatest ally could be their fellow believers in the West.

"One Palestinian Christian described it to me this way. He said, 'To the Jews, I'm an Arab and to the Arabs, I'm a Christian.' So regardless of which side they're looking toward they're seen as a stranger which is why many of them have left altogether," said Nicholson.

Gazan Christians are often mistaken to be no different than the Palestinian terrorists who actively seek a genocidal end to the Jewish State, but Nicholson says that is simply not true.

The Philos Project is calling on believers everywhere to help followers of Christ exit Gaza and preserve their presence and history in the Middle East.

"We want Palestinian Christians to be able to stay in the land but they need to do so in a situation of safety," Nicholson explained. "Right now the Christians in Gaza are absolutely the most endangered Christians living in the Holy land."