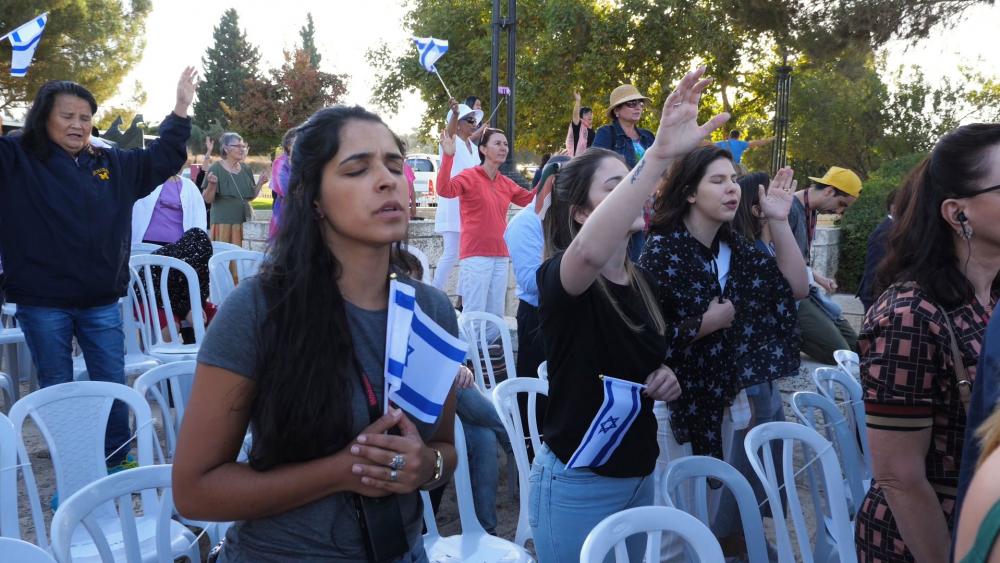 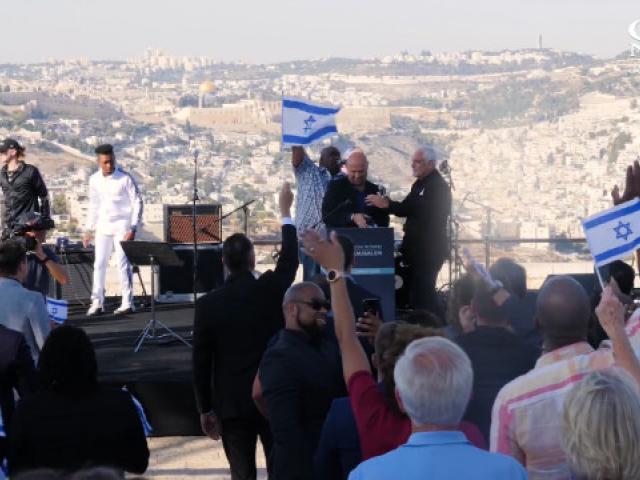 JERUSALEM, Israel - Millions of Christians worldwide praying in more than 35 languages united for one cause on Sunday: The Day of Prayer for the Peace of Jerusalem.

“All around the world on the first Sunday of every October, Christians in every language and every continent are setting aside the first Sunday to Shaalu Shalom Yerushalaim, to Pray for the Peace of Jerusalem,” said Robert Stearns, co-founder and director of Eagles’ Wings Ministry that sponsors the annual prayer day.

Hundreds of Christians gathered for the central event on the Promenade overlooking the Old City of Jerusalem. Organizers estimate some 90 million people from 172 countries joined in prayer, some via live broadcast. They were following the biblical injunction in Psalm 122:6 “Pray for the peace of Jerusalem. They shall prosper that love you.”

The broadcast event kicked off with the sound of shofars (rams’ horns) and singer Eddie James exhorting the crowd, “Oh, Jerusalem Lift up a shout in this place!”

US Ambassador to Israel David Friedman was the guest of honor.

CBN News Middle East Bureau Chief Chris Mitchell, among others, shared why they unite for this cause.

Stearns, who helped begin this event 15 years ago, told CBN News its goal is to encourage prayer in local churches.

US Ambassador to Israel David Friedman explained why he feels this effort is so important.

“I believe most people here are praying for the peace of Jerusalem every day. It’s important because you know Jerusalem, the name itself means ‘city of peace’. It should be a city of peace. It’s been a conflict zone for centuries, millennia but I believe it will become a city of peace,” Friedman told CBN News.

Stearns told us this specific prayer effort is more than just about Jerusalem.