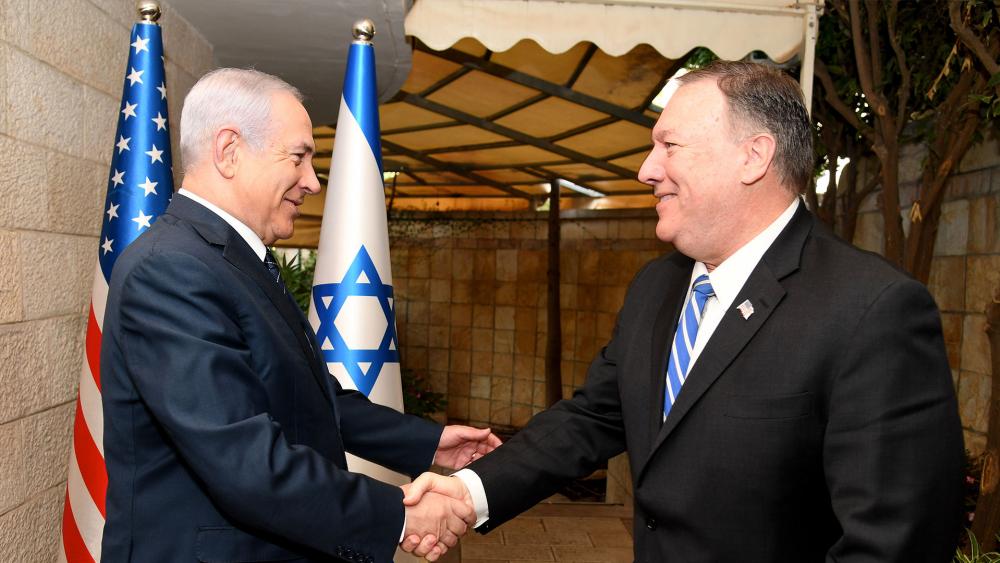 JERUSALEM, Israel - After helping to broker a ceasefire with Turkish President Recep Tayyip Erdogan, Secretary of State Pompeo Mike Pompeo traveled to Israel to help ease Israeli concerns about the pullout of US troops from northeast Syria.

Pompeo met with Israeli Prime Minister Benjamin Netanyahu. Israeli leaders have said little about the US troop pullout from Syria, but many believe they’re concerned since the move strengthens Israel’s number one enemy in the region Iran.

On Thursday in Turkey’s capital, Vice President Mike Pence announced a ceasefire after meeting with Erdogan.

"Today, the United States and Turkey have agreed to a ceasefire in Syria. The Turkish side will pause Operation Peace Spring in order to allow for the withdrawal of YPG forces from the safe zone for 120 hours,” Pence said Thursday.

Turkey and the US seem to have different views on the agreement. Turkish Foreign Minister Mevlut Cavusogluit said it is “not a ceasefire.”

“It's a pause. This is not a ceasefire. A ceasefire can only be made between two legitimate sides. We are pausing so that the terrorists can leave the safe zone, which is the aim of the operation anyway … taking a pause doesn't mean that our forces there are going to withdraw, we will remain there and continue to be there,” said Cavusogluit.

Fighting continues in some parts along the Turkish Syrian border.

The Syrian Democratic Forces (SDF) issued a statement and said they would do everything they can to observe the cease ]fire but rejected any occupation by Turkey of Syria. The agreement also does not mention Russia or the Syrian regime of Bashar Assad who already have troops on the ground.

Yet President Donald Trump called it a victory.

In Washington some US senators were unhappy.

US Senator Martin Heinrich (D-NM) said: “Under this so-called ceasefire, Kurdish forces and their families face the impossible choice of fleeing their homes or being ethnically cleansed. Because of Turkey’s actions, we should seriously reconsider its role in NATO and any future military weapons sales.”

"The decision to abandon the Kurds violates one of our most sacred duties. It strikes at American honor. What we have done to the Kurds will stand as a bloodstain in the annals of American history,” Romney said.

He also argued that Trump’s decision strengthens the enemies of the US.

"Iranian and Russian interests in the Middle East have been advanced by our decision. At a time when we're applying maximum pressure on Iran by giving them a stronger hand in Syria, we've actually weakened that pressure. Russia's objective to play a greater role in the middle east has also been greatly enhanced. The Kurds, out of desperation, have now aligned with Assad. So, America is diminished. Russia, Iran, and Assad are strengthened,” he said.