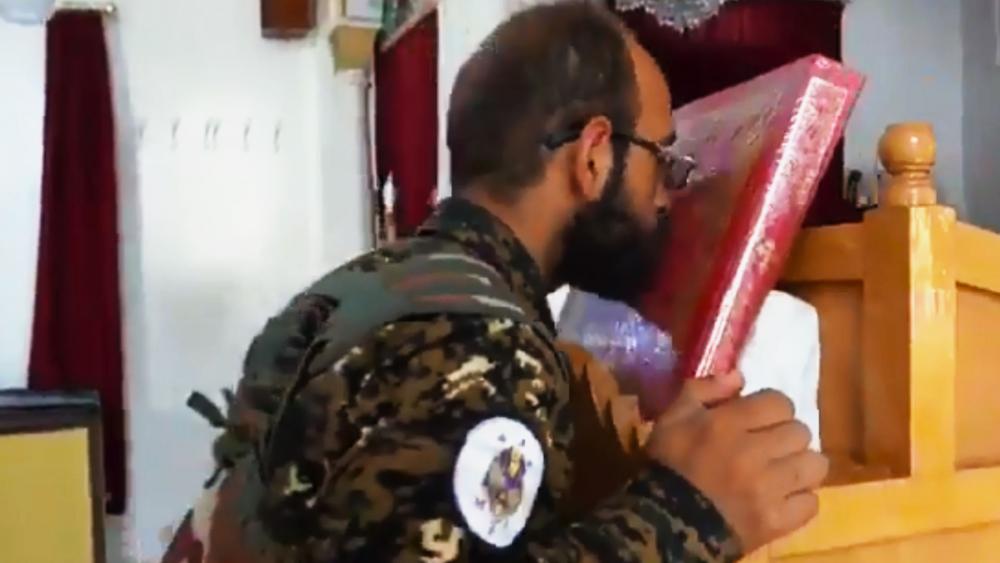 The SDF is the United State’s main ally in the campaign to defeat ISIS. They lost more than 10,000 soldiers while fighting alongside US troops. Now, they are fighting for their lives and homes.

The violence sparked a massive displacement and is forcing thousands of Christians, Kurds, Yazidis, and others to flee for their lives. The UN refugee agency reported that tens of thousands were escaping the region, a site similar to the one a few years ago when civilians left on foot to escape ISIS

Many have nowhere to go except for the desert.

Both sides have suffered casualties and Turkey reported its first military fatality, saying a soldier was "martyred" in the fighting. Turkish officials said their military has killed 277 “terrorists”, referring to Syrian Kurdish soldiers. Those numbers cannot be independently verified.

Since the fighting began on Wednesday, at least six civilians were reported killed in Turkey and seven civilians have been killed in Syria.

Two children, 10 yo child lost his life, the other, a girl was injured in the Turkish indiscriminate bombardment on the city of #Qamishli, NE #SYRIA @RichardEngel @rabrowne75 @RepTomGarrett @IgnatiusPost pic.twitter.com/Odwo69ZymN

Turkey considers the Syrian Kurdish fighters terrorists linked to a Kurdish insurgency within Turkey and says the offensive is necessary for national security.

The Turkish invasion runs all the way across the northeast Syrian-Turkish border from the town of Derik to the east all the way to Kobane in the west.

The impact of the #Turkish bombardments on civilian homes on villages West of #Kobani on border line pic.twitter.com/QpPud1Rq1t

The White House said Turkey had committed to three things: protect civilians, religious minorities, including Christians and ensure no humanitarian crisis takes place. So far, all three have been violated.

For the first time in 100 years, Syriac church bells in northeast Syria rang out for hours to warn local people to stay in their shelters and the church cried out for the indiscriminate Turkish bombing to stop.

Happening for the first time in 100 years.. #Syriac churches bells in NE Syria ring out for hours to warn locals to stay in shelters. The genocidal Turkish bombing should stop NOW. #TrumpGenocide #KurdsBetrayed

Trump hinted at the possibility of supporting sanctions against Turkey.

“We won, we left the area. I don’t think we want to go back in. Let’s see what happens. We are going to possibly do something very, very tough with respect to sanctions and other financial things,” he said.

Amélie de Montchalin, the French secretary for European Affairs, told France Inter radio on Friday that sanctions against Turkey will be “on the table” at next week’s European Union Summit. In the meantime, the fighting goes on. Some Christian fighters in the SDF forces went to church to pray and kiss the Bible before heading back to the frontlines to defend their homeland against the Turkish invasion.

Christian fighters within the Syria Democratic Forces in #Derik/ Malikia church before heading to the frontlines to defend their territory against Turkish attacks. pic.twitter.com/8lLmYWMKgg

On the other side of the border, Turkish soldiers are praying the Qur’an before heading into battle.

#Erdogan in Arabic tweet : "I would like to kiss the foreheads of the heroes of the Mohammadan Army participating in the Spring of Peace operation... " Hey Recep, how are we to Translate this? A Mohammadan Army of a #NATO country invading #Syria to fight apostate #Kurds? https://t.co/YbPBMgzEoR 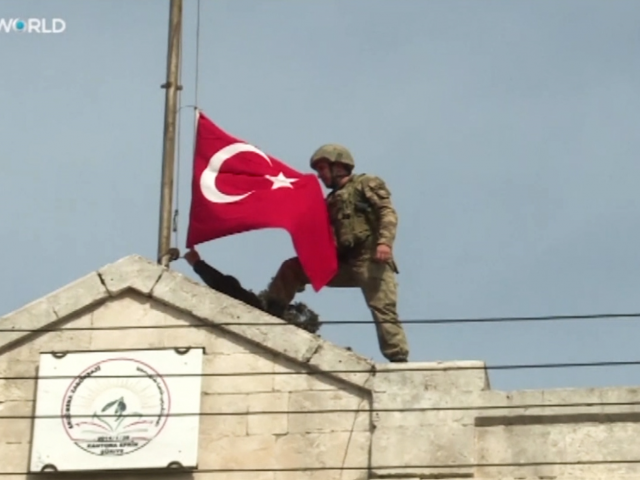