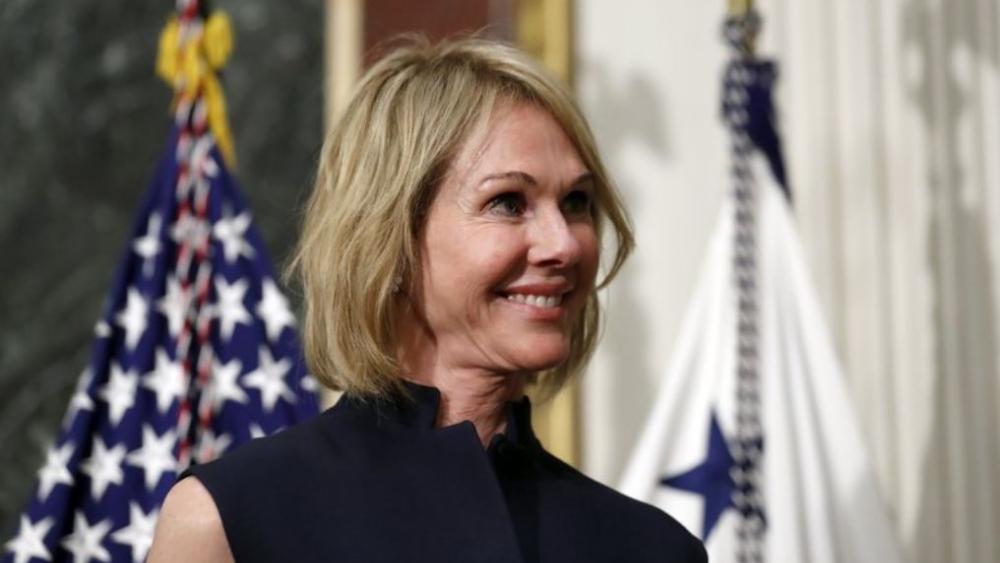 In this Sept. 26, 2017, file photo, U.S. Ambassador to Canada Kelly Knight Craft stands during her swearing in ceremony in the Indian Treaty Room in the Eisenhower Executive Office Building on the White House grounds in Washington. (AP Photo/Alex Brandon)

JERUSALEM, Israel - The new US Ambassador to the UN Kelly Craft held her first meeting on Wednesday with Israel's UN ambassador Danny Danon.

The two discussed how the US and Israel can work together to form a coalition against Iran and its proxies in the region, including Hamas and Hezbollah.

"Today, Craft and I discussed challenges and opportunities Israel and the US face together at the UN. I look forward to working together in this diplomatic arena! #StrongTogether" Danon tweeted after their meeting.

Welcome Ambassador Kelly Craft!
Today, @USAmbUN Craft and I discussed challenges and opportunities Israel and the US face together at the UN.
I look forward to working together in this diplomatic arena! #StrongTogether  pic.twitter.com/PojjNuPrSJ

Craft, who once served as an ambassador to Canada, is replacing Nikki Haley. Haley was a vocal supporter of Israel during her time at the UN and repeatedly called out the institution for its bias against Israel.

Craft promised to continue that pro-Israel legacy during her remarks at the UN Security Council last week.

In response to Ambassador Craft's statements, Ambassador Danon said: "The United States will have no better friend than the State of Israel. Ambassador Craft made it clear today that the US remains strongly committed to Israel and our security. With her help, together we can continue to change the culture at the United Nations."