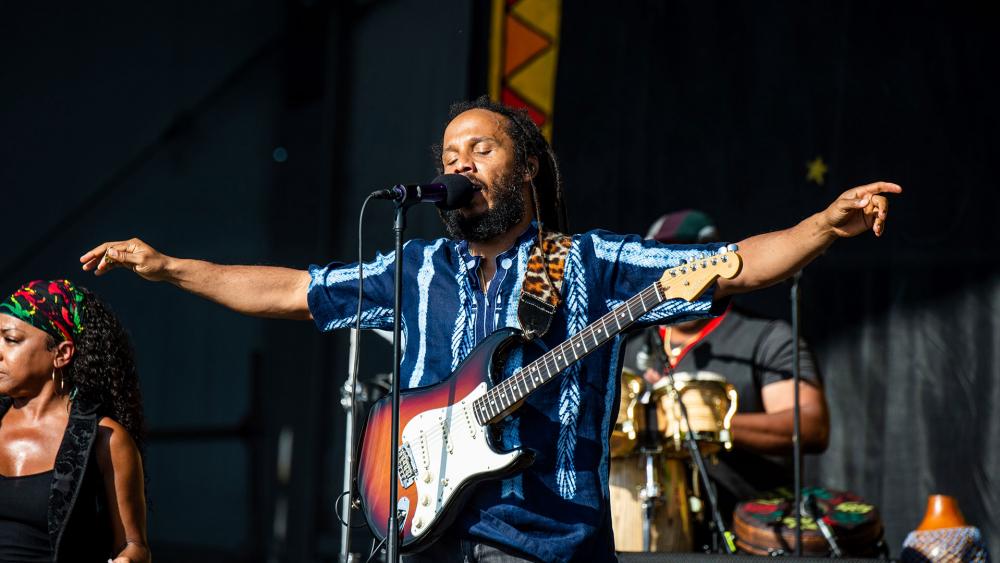 The event, called "Celebrating Ambassadors of Peace", was held by The Creative Community for Peace (CCFP), an organization founded by music executives David Renzer and Steve Schnur to support artists who perform in Israel despite pressure from anti-Israel activists to boycott the Jewish state.

Marley followed in his late father's footsteps and is an award-winning reggae artist. He has faced backlash by anti-Israel activists for performing in Israel, but that has not stopped him from repeatedly performing in Israel at events including the Return to Zion festival at Sacher Park in Jerusalem several years ago.

Schnur introduced Marley as a "Rastaman and a real mensch" before presenting him with his award.

During his address, Marley talked about how Israel has played such an important role in his life.

"I've been going to Israel since I was a teenager… Israel was a storybook place for us. We felt a connection to it through our father, through our beliefs," he said, as reported by Billboard Magazine. "I've been going back ever since. We don't play in Israel for political reasons, we play for the people  [to]  spread our message of justice, love, and peace for all people."

Our 2nd Annual "Celebrating Ambassadors of Peace" event was an amazing evening with an amazing group of honorees. It was a truly special night attended by over 400 prominent entertainment industry professionals who came out to showcase the power of music and the arts to bring people of all backgrounds together.  #CCFPeace

Marley was raised in a Rastafari home. Rastafarianism is a monotheistic religion that developed in Jamaica during the 1930s and pulls many ideas from Judaism and Christianity.

Marley's wife is an Israeli with Iranian-Jewish ancestry. Together they have four children Judah, Gideon, Abraham, and Isaiah.

This is not the first time Ziggy has been given an award for his work in Israel. In 2015, he was honored by the Jewish National Fund with a Shalom Peace Award.