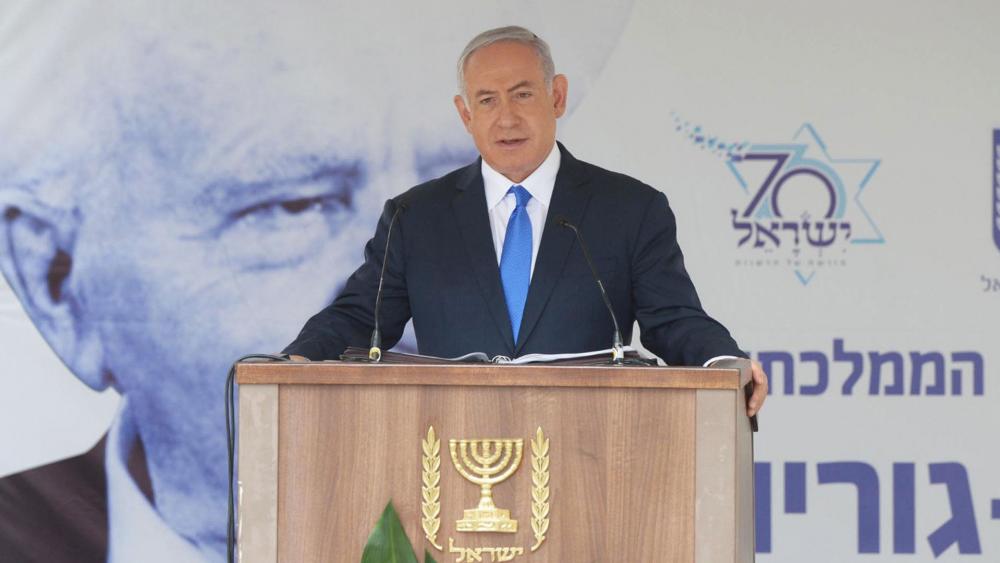 Israeli President Reuven Rivlin pulled Netanyahu and Gantz together to pose for a handshake photo at a state memorial service for former Prime Minister Shimon Peres.

But that's about as far as the unity is going for now.

"The people chose unity, the people want for Israel to be before everything. And therefore Blue and White under my leadership won the elections. Blue and White is the biggest party," Gantz said at a press conference.

In the final, though not yet official vote count, Gantz won 33 seats to Netanyahu's 31.

Earlier Gantz rejected an offer from Netanyahu to join the right-wing block of parties in forming a unity government.

"Benny, it's on us to form a broad unity government. Today. The nation expects us, both of us, to accept responsibility and work together.

But in the final tally, analysts point out that the right-wing bloc of voters that would have wanted Netanyahu as prime minister is actually much larger than the left.

Ahead of the voting, many felt the elections were really a referendum on Netanyahu – not his policies – but on him personally.

And because of personal rivalries and policy issues, some of those parties will no longer join together in a government – giving Gantz an advantage.

The Joint List of Arab parties also won big with 13 seats.  Their stated goal:  get rid of Netanyahu.

However, without the Likud or some of the religious and right-wing parties Gantz has no chance of forming a government.

President Trump is due to roll out his Israeli-Palestinian deal of the century after the elections. But looming regional threats from Iran and its proxies may take center stage sooner rather than later. That could force Israeli parties to work together in a national unity government whether they like it or not.