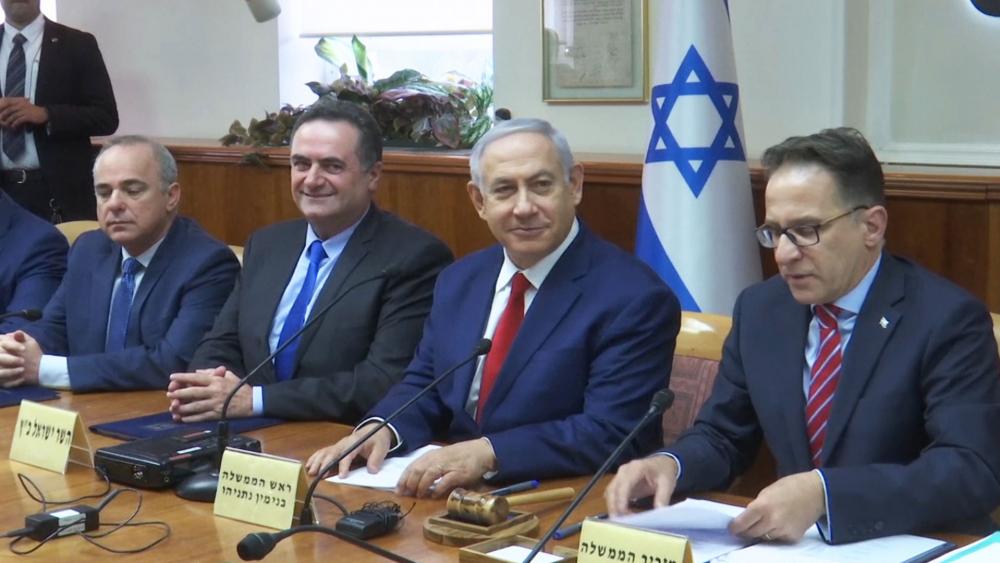 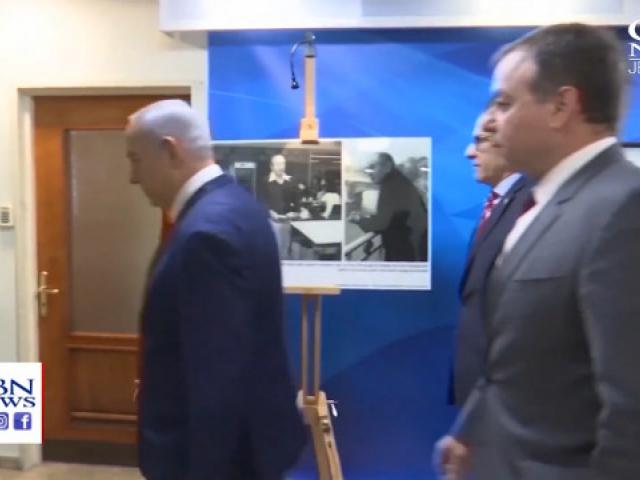 JERUSALEM, Israel - In less than 24 hours polling stations in Israel will open for national elections.  It’s the second time in less than six months that Israelis will vote.  That’s after Israeli Prime Minister Benjamin Netanyahu couldn’t pull together a majority of seats after the last elections in April to form a government.

There are more than 30 parties and lists for Israelis to choose from.  The top contenders are Netanyahu’s Likud party and the Blue and White (Kahol/Lavon in Hebrew) headed by former Israel Defense Forces Chief of Staff, Lt. Gen. Benny Gantz.  The latest opinion polls show them running neck-and-neck.

“One is the topic that we had back in April, the same topic on which we voted half a year ago, and that is the question of whether Prime Minister Netanyahu - the longest-serving prime minister in Israel’s history - will keep his job. This is not (a) right-versus-left issue, this is not about the Palestinians, or Iran, or the economy, or corruption - it's about this one person and whether we want him to continue as Israel’s Prime Minister,” Rosner said.

“The second issue, and this is new to this election, is for us to make sure that we don't have a third round. One of the outcomes that Israelis would not like to see after this election is us having to vote for a third time within a year or a year and a half,” Rosner told the Associated Press.

CBN News asked Israelis in Jerusalem’s Mahane Yehuda open-air market what issues are important to them in this election and which party they’ll choose.  Many said security is important as well as education and social issues like helping Holocaust survivors.

Many Israelis are still undecided but here’s what some had to say.

“I want to see the (religious), Shas and (United Torah Judaism) and Yamina and Netanyahu,” said Yaron,” in Jerusalem.
“Bibi Netanyahu because I think that he is working good and I don't want the left side of the map,” said Edna.

“The best option is Bibi Netanyahu, like I'm not one of his fans, I don't agree with him but I don't think someone can replace him right now,” said David.

“I think Bibi (has) really good reputation with countries around us. I'm scared that if he won't be elected like other countries will (say) we don't know the new (prime minister) and the State of Israel will get out of balance a little bit,” said Nofar, a student in Jerusalem.

“For me it's Benyamin Netanyahu. Because he is a good man, and he has a lot of brains and there's no one like him.  He cares about Israel. He cares about the Jews. He's a wise man,” said Rachel.

Shaul said he wanted Ayelet Shaked,  who would likely become part of a government led by Netanyahu.  “Although I do not think that is very likely – possible but not very likely. It's probably going to be Benjamin Netanyahu,” he said.

In Tel Aviv, the economic center of the country, many Israelis didn’t want to comment. But here’s what some had to say on the trendy Rothschild Street where the State of Israel began.

“I guess that I want to see Gantz as the next prime minister of Israel.  I think that the current situation is not so well for us; politically, globally, I think there is lots we can change,” said Lior.

“We don't know who to choose from.  Like, it's a really difficult decision.  I think that I will go for Gantz, but I don't know; maybe, Gantz or Liberman, everyone except Bibi,” said Moshe.

Why? “He's a bit corrupted and he's too long in (running) this country,” he added.

But Shirley, a new immigrant from France said she’d choose Netanyahu. “For Bibi, I mean, I think he's the man.  He's a leader for our country.”

“Only Bibi. We have a saying here, only Bibi.  I really don't think that anyone else can take Israel to better places right now,” said Yehonatan, a young man riding a scooter.

“Benny Gantz.  Because I'm tired of the corruption and it's time for a change and I think that he's a straight man.  Yes, he lacks for experience, but he's great and he's relaxed and I want to be relaxed.  We are in Israel, Tel Aviv, and we like our freedom,” said Carmit.

Noam wants Meretz “because their social and economical agendas generally are what I'm for,” she said, like LGBT rights and public transportation on the Sabbath.

“I would say Kahol/Levan (Blue and White) Party,” said Jonathan. “I think that when you talk about the Prime Minister, you have problems, like legislation against him.  Everything else would be fine by me.  I mean, it's a good party.  They have good meetings.  I believe in them.  I just need the change.  I think that all of us want a change.  We just (need) some sort of refreshment to this country.”

According to Rosner, there are two basic outcomes for the election.

“One is for Netanyahu and his base coalition to get 61 seats, and then what happens is that Netanyahu will form his usual coalition of right-wing parties, religious ultra-Orthodox parties, and will pursue the same policies that we've seen in the last five years,” Rosner said.

“The second possible outcome is the unknown: Netanyahu's camp does not get 61 seats, and then there will be a lot of maneuvering. There will have to be some kind of unity coalition, probably one that has both Likud and Blue and White, the two leading parties, within it - but then the question becomes who leads this coalition? Is it Netanyahu, is it General Gantz? Is it both of them, with some kind of rotation? Is it someone from Likud who's not Netanyahu? So there are many complications,” he added.

After Tuesday, the outcome should become clearer but there’s still a challenge ahead as either Netanyahu or Gantz try to form the next government.