Netanyahu: War With Gaza 'Could Happen at Any Moment'

JERUSALEM, Israel - Prime Minister Benjamin Netanyahu said Israel may conduct a military operation in the Gaza Strip before the nation goes to elections on September 17.

After returning from his trip to Russia, Netanyahu said another conflict with Gaza "could happen at any moment," Channel 13 reported Friday morning.

His comments echo an earlier warning he made on Thursday before boarding a plane to Sochi, Russia when he said, "it looks like there will be no other choice but to embark on a wide-scale campaign in Gaza."

He told Israel's Kan public broadcaster in a rare interview that overthrowing Hamas is most likely inevitable.

"There probably won't be a choice but to topple the Hamas regime. Hamas doesn't exert its sovereignty in the Strip and doesn't prevent attacks."

Although Hamas is the terror organization that governs the Gaza Strip, other terror groups like Islamic Jihad plan attacks and fire rockets towards the Jewish state.

"We have a situation in which a terror group that launches rockets has taken over, and doesn't rein in rogue factions even when it wants to," Netanyahu said, adding that Israel is preparing for war.

"When you command you have to decide how to run the war, and I won't start it a moment before the conditions are optimal. We are going through very meticulous and sophisticated preparations. We're preparing for a different  [kind of]  war. My responsibility is to operate on the Gaza front and various other fronts -- I will choose the  [right]  timing  [for war] ."

This week, terrorists in Gaza fired several rockets at Israel. The Israel Defense Forces responded by attacking several Hamas targets. No Israelis were injured in the attacks. 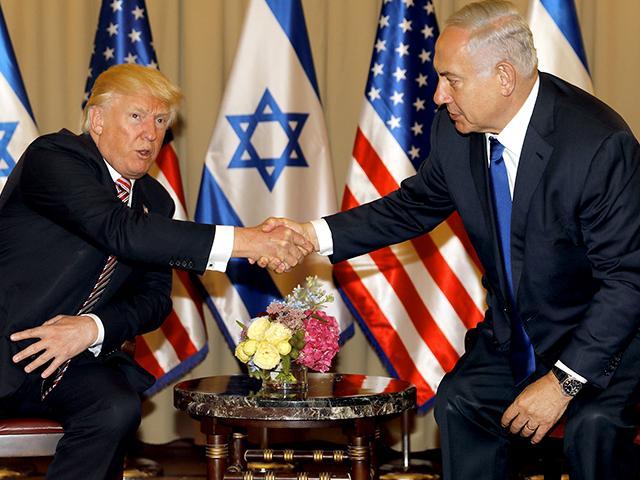 ‘A Complete Fabrication’: Trump, Netanyahu Deny Reports of Israel Spying on US