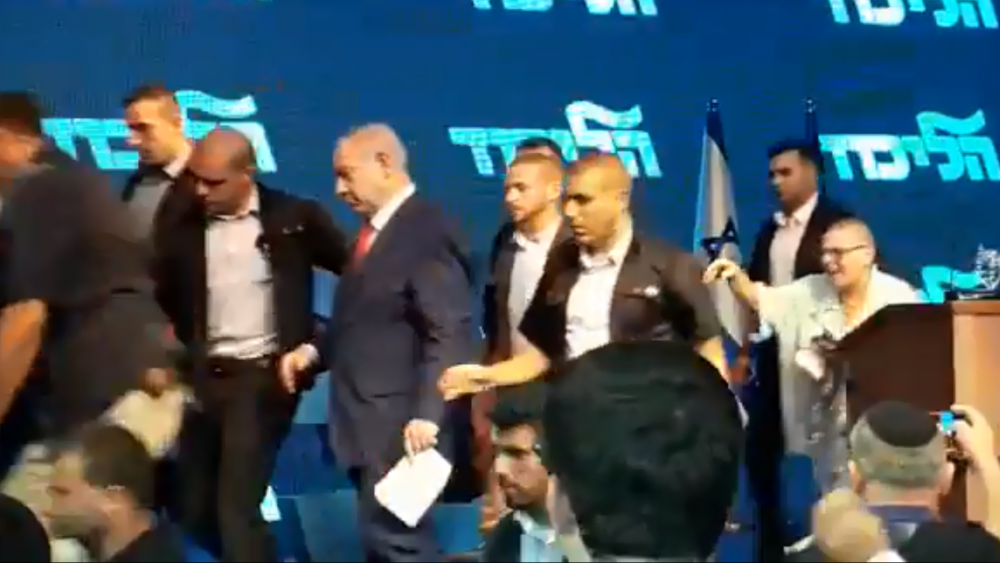 The IDF hit 15 Hamas targets overnight after terrorists launched two rockets towards Israeli communities in Ashdod and Ashkelon. The Iron Dome intercepted both rockets and no injuries were reported.

The IDF said it hit a weapons manufacturing site and a Hamas terror tunnel in response to the attack.

"The IDF will continue to oppose attempts to harm Israeli civilians and considers the terror organization responsible for what is happening inside and outside of the Gaza Strip," the IDF said on Twitter.

Prime Minister Benjamin Netanyahu was speaking at a campaign rally in Ashod Tuesday evening when the rockets were fired from Gaza.

Netanyahu's security personnel rushed him off stage and he was forced to take cover during the event.

He later returned to finish his speech.

The Times of Israel reports that it appeared Gaza terrorists deliberately targeted Israel's southern cities while Netanyahu was campaigning there before the national elections on Sept. 17.

A Blue and White campaign event in nearby Ashkelon was also cut short due to the rockets.