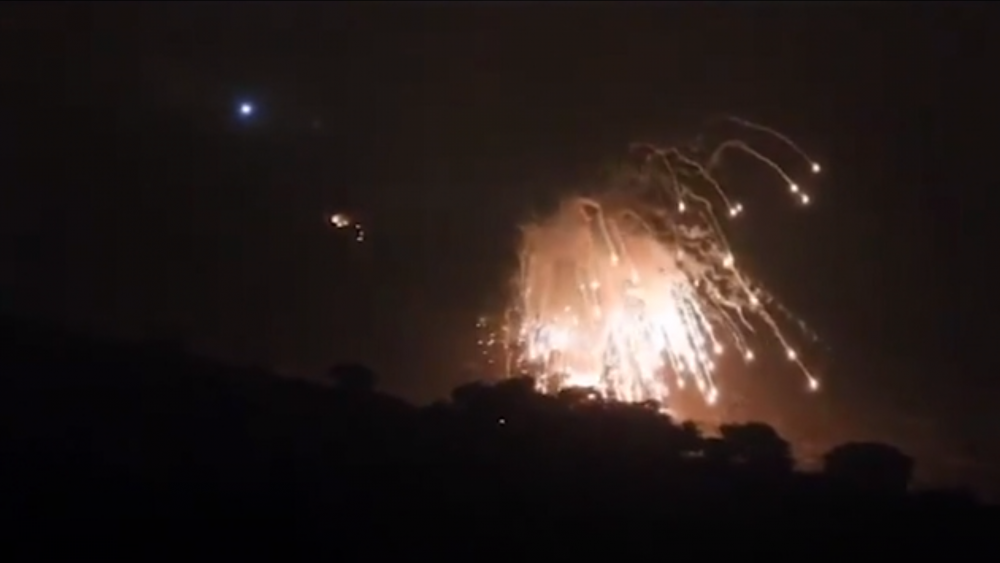 The military called the shooting a “severe event” at Kibbutz Menara near the city of Kiryat Shemona in the Upper Galilee. No injuries were reported.

“In response to the gunfire, IDF attack helicopters and aircraft struck terror targets belonging to the Hezbollah terror group,” the IDF said.

These targets included Hezbollah observation posts near the Lebanese border.

There were no immediate reports of casualties in Lebanon.

The Israeli retaliation marks the first time Israel has bombed Hezbollah targets inside Lebanon since 2006 during the Second Lebanon War. However, the military has fired artillery and tank shells at Hezbollah in response to attacks near the border.

The IDF said it will continue to “maintain a high level of alertness and ensure the sovereignty of Israel and the security of residents as much as necessary.”

Meanwhile, Israel continues to face threats along its southern border with Gaza.

The IDF said its warplanes targeted Hamas’ underground infrastructure in the coastal enclave.

Israel’s fire and rescue service said most of the fires were small and posed no threat to people.

Terrorists in Gaza have sent hundreds of incendiary balloons into Israel in recent weeks, prompting retaliatory attacks from Israel. Senior Hamas official Ismail Radwan told Palestinian media Monday that the violence will continue until the blockade on Gaza is lifted.

Israel and Egypt have maintained a blockade on Gaza since Hamas took control in 2007. The blockade was implemented to prevent the import of weapons into Gaza. Israel frequently tightens the blockade in response to attacks.