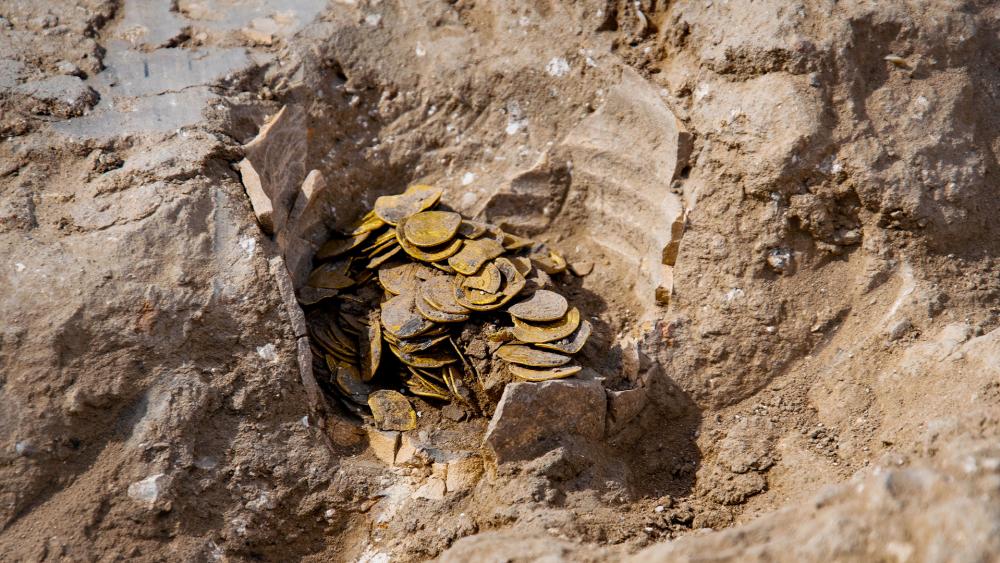 JERUSALEM, Israel - Israeli teenagers volunteering at an archaeological dig uncovered a rare find – a hoard of hundreds of gold coins.

The coins are made of 24-karat pure gold and most date back 1,100 years to the Abbasid Islamic caliphate that stretched from Persia to North Africa and had its seat of government in Baghdad.

Two youths discovered the treasure in an Israel Antiquities Authority (IAA) excavation during the construction of a neighborhood in the center of Israel.

“Today when they came to work, they started digging. They saw a glimmer in the ground and as they continued excavating, they found a gold hoard, a large gold hoard in a small jar,” said IAA archaeologist, Galit Tal. 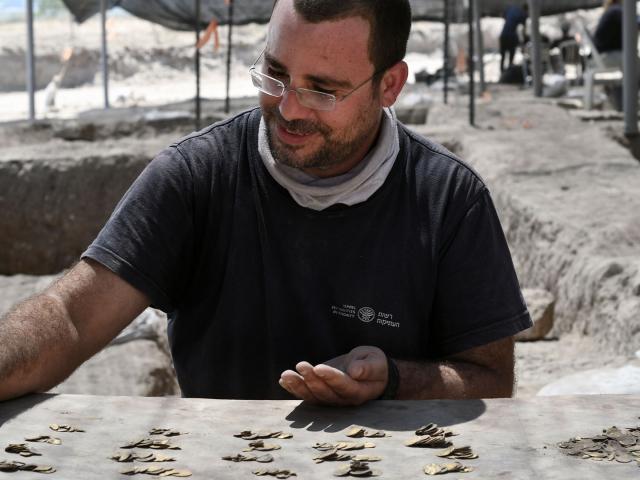 The youths volunteered at the dig during their summer holiday before their army service as part of the IAA’s program to help connect them to their past. Oz Cohen is one of the team.

“It was amazing. I dug in the ground and when I excavated the soil, saw what looked like very thin leaves. When I looked again I saw these were gold coins. It was really exciting to find such a special and ancient treasure,” Cohen said of the discovery.

“We don’t find many gold hoards in archaeological excavations. When we do find them we don’t find individual coins mostly. We usually find them in hoards because, gold being gold, people wanted to keep it close and so they kept it with them,” Tal explained.

“The way the gold was buried was obviously done by someone who was in a rush to leave and so he buried it in the ground in the jar with a nail, nailing the jar in place,” she explained. “He covered it with the intention of returning to pick it up later and as you can see obviously, he never did.”

This dig is in what would have been a large industrial area that had wine presses and pottery kilns.

“The unique thing about this gold hoard is that it shows us a lot about international commerce of that time period in the area, which was on the rise and prospering as opposed to the commerce in Europe at the time,where the use of gold actually started dwindling,” she said.

From the initial examination of the coins, IAA coin expert Dr. Robert Kool said most date to the end of the 9th century AD The stash of coins weighed nearly two pounds, which would have been a lot of money back then.

“For example, with such a sum, a person could buy a luxurious house in one of the best neighborhoods in Fustat, the enormous wealthy capital of Egypt in those days,” Kool said. 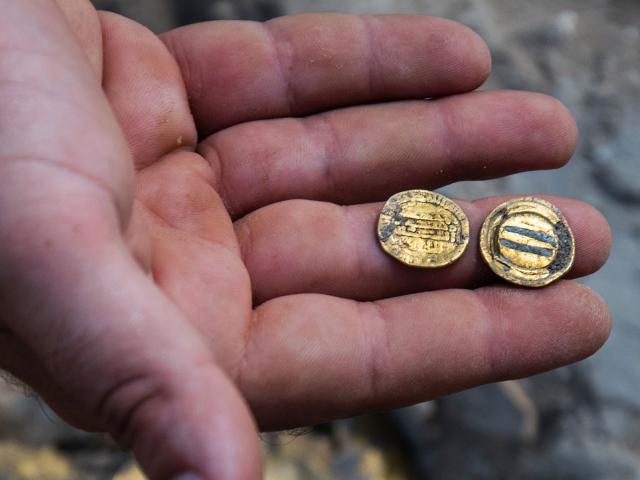 “The hoard consists of full gold dinars, but also – what is unusual - contains about 270 small gold cuttings - pieces of gold dinars cut to serve as 'small change,” Kool explained, a regular feature in the monetary system in Islamic countries of that time.

One of the cuttings is an exceptionally rare piece, never found in excavations in Israel. It’s a fragment of a gold piece with the image of the Byzantine emperor Theophilos (829 – 842 AD), minted in the empire’s capital of Constantinople, he said.

The Byzantine fragment in an Islamic hoard is very rare and indicates that there were connections - whether in war or trade - between the two rival empires.

According to Kool, “this rare treasure will certainly be a major contribution to research, as finds from the Abbasid period in Israel are relatively few. Hopefully, the study of the hoard will tell us more about a period of which we still know very little.”