Trump Says He Moved US Embassy to Jerusalem ‘For the Evangelicals’ 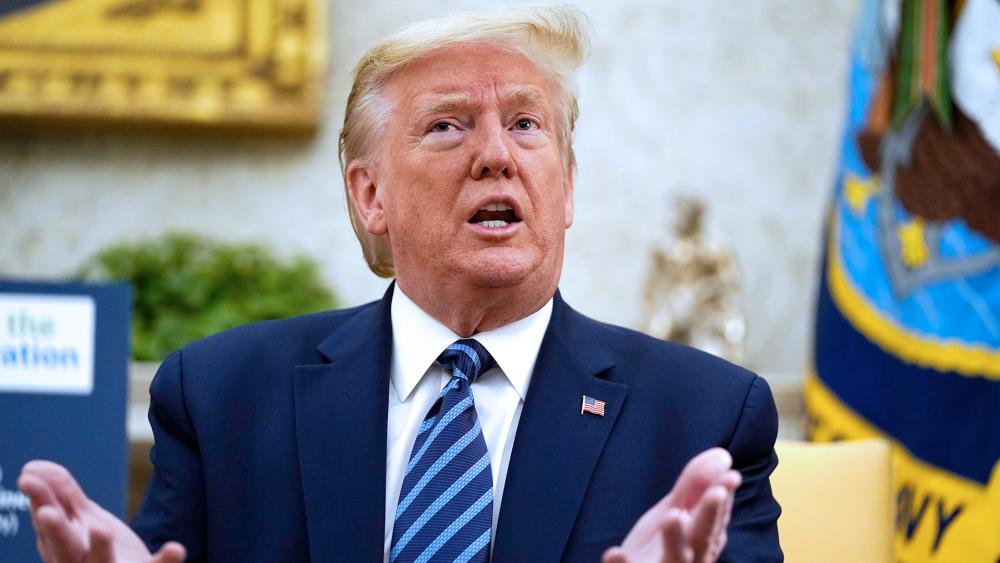 JERUSALEM, Israel – President Donald Trump said on Monday that his administration decided to recognize Jerusalem as Israel’s capital and move the US embassy there to please evangelical Christians.

“We moved the capital of Israel to Jerusalem,” Trump said at a rally in Oshkosh, Wisconsin. “That’s for the evangelicals.”

“And we moved the capital of Israel to Jerusalem. That’s for the Evangelicals. You know, it’s amazing with that: the Evangelicals are more excited by that than Jewish people.” pic.twitter.com/nO8aIzuZJa

The US formally recognized Jerusalem as Israel’s capital in 2017 and opened the US embassy there in May 2018. The move was met with controversy, especially among Palestinian leaders who want to see eastern Jerusalem as the capital of a future state. Palestinians cut off diplomatic ties with the US following the decision.

Trump said at the time he made the move out of respect for Israel’s sovereignty and because it was “in the best interests of the United States of America and the pursuit of peace between Israel and the Palestinians.”

The decision was met with overwhelming praise from evangelicals, some of Trump’s most faithful supporters. Most evangelicals saw the embassy move as a fulfillment of biblical prophecy and an example of God using Trump to carry out his will on the earth.

While speaking to the New York Times about the US embassy in Jerusalem, US Ambassador to Israel David Friedman said evangelical Christians “support Israel with much greater fervor and devotion than many in the Jewish community.”

Israel is still a key issue for evangelicals as the US heads for the November elections. Both Trump and Biden are vying for the coveted evangelical vote.

The National Faith Engagement Director for the Biden Campaign told CBN News that the evangelical vote is a top priority for the presidential candidate.

"You see that they hired an evangelical to lead their faith outreach and I think that speaks a lot," said Josh Dickson, the National Faith Engagement Director for the Biden campaign.

Biden has said the US embassy would remain in Jerusalem if he is elected, but also called Trump’s decision “short-sighted and frivolous.”