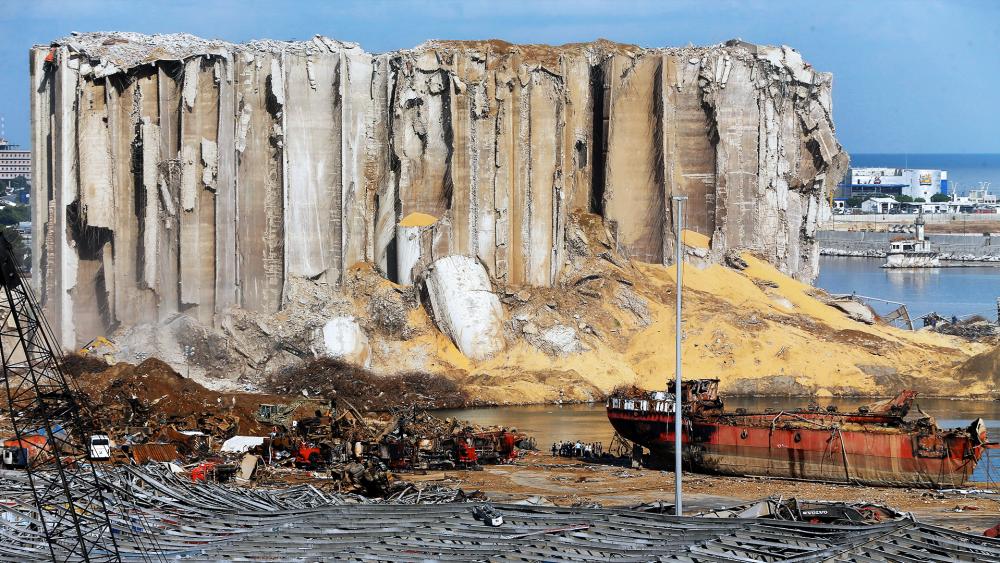 JERUSALEM, Israel - Just one week after the massive Beirut explosion, bomb experts are raising questions that contradict the Lebanese government’s version of what went wrong.

David Wurmser, a former US Navy Reserve intelligence officer at the Center for Security Policy, told CBN News that the Lebanese government’s account is incorrect.

“What we’re beginning to realize is that there’s no plausible way which that is the true story because the magnitude of the explosion, the nature of what we see and so forth strongly indicate a fundamentally different structure of collapse here,” Wurmser said.

Wurmser argues in his analysis “Lebanon: What happened?” 2,700 tons of ammonium nitrate would have produced a 1.1. Kiloton blast. He cites world-renowned explosives expert Danilo Coppe – dubbed “Mr. Dynamite” – who puts the actual blast at 3 kilotons.

“Now, it’s pretty clear, [the ammonium nitrate] is not sufficient to have caused that massive blast in the end," Wurmser said.

Coppe told the Italian publication Corriere the blast revealed the presence of missiles.

“You can clearly see a brick orange column tending to bright red, typical of lithium participation. Which in the form of lithium-metal is the propellant for military missiles. I think there were armaments there,” Coppe told the publication.

Wurmser echoes Coppe’s opinion that missiles were involved in the blast.

“I think what we’re talking about here, putting all this evidence together, is a missile shipment potentially with a missile conversion facility next to an ammonium nitrate store that is larger than what the ship story yields, considerably larger. So, whatever happened, the Lebanese government, which is under the control of Hezbollah, is simply not telling the truth. And whatever happened looks to be by the minute more and more nefarious,” he explained.

In 2018, Israeli Prime Minister Benjamin Netanyahu warned the United Nations that Hezbollah had secret sites for building precision-guided missiles in the city of Beirut.

“Hezbollah is deliberately using the innocent people of Beirut as human shields,” Netanyahu said at the time. “They have placed three of these missile conversion sites alongside Beirut’s international airport.”

The public outcry against Hezbollah has been unprecedented since the blast.

“The primary suspect is Hezbollah, more than anyone else in the world,” said Lebanese journalist Jerry Maher. “Hezbollah uses ports and all the other Lebanese government facilities in order to acquire weapons.

Hezbollah has been using Beirut’s international airport – the Martyr PM Rafic Hariri airport – for years. It has also used the Beirut port to transport these weapons.”

This would not have been Hezbollah’s first possession of ammonium nitrate. In 2015, London police discovered a Hezbollah cell with 3 tons of the explosive.

That same year, authorities in Cyprus arrested another cell with 8 tons.

After Israel’s Mossad tipped off Germany to a stash of the ammonium nitrate, the country banned Hezbollah as a terrorist group.

A video circulating online shows Hezbollah leader Hassan Nasrallah in 2016 laughing as he talked about blowing up ammonium supplies to murder Israelis. His description is eerily similar to Beirut.

Nasrallah denied any involvement in last week’s explosion. Still, if the Lebanese people see Hezbollah as the one responsible for this catastrophe, observers believe it would be a catalyst to loosening the grip of this terrorist group on their country.