Where Does Kamala Harris Stand on Israel? She Explains in Her Own Words 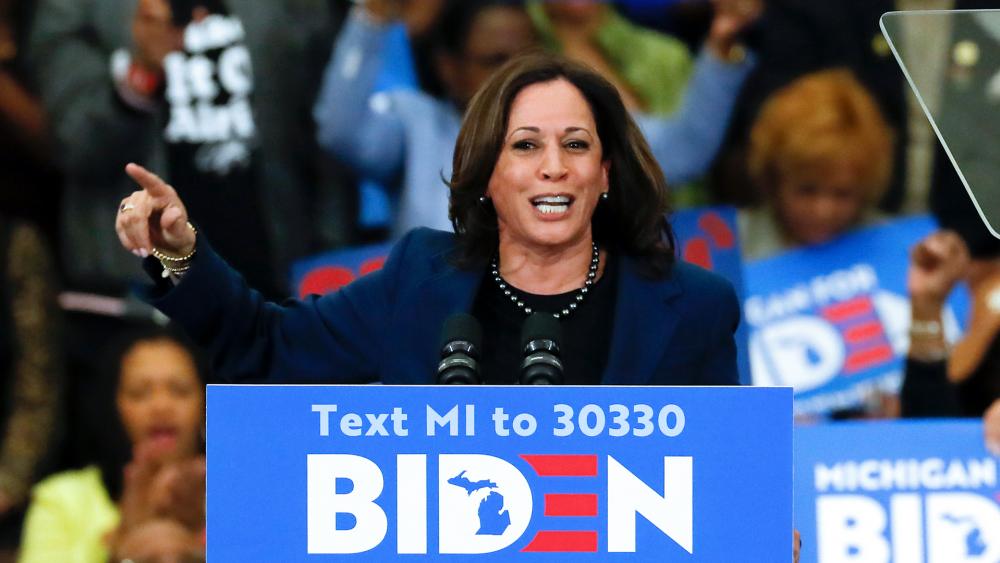 JERUSALEM, Israel – Presidential candidate Joe Biden named California Sen. Kamala Harris as his running mate Tuesday, making her the first woman of color to be on a major presidential ticket.

Many Americans, especially evangelical Christians, care deeply about Israel and how their leaders will shape policy towards the Jewish State.

Harris’ 10-year record reveals that she is a traditionally pro-Israel Democrat who supports Israel’s security, self-determination, and opposes the BDS movement.

Israel: A ‘One of Our Closest Friends’

While speaking last year at the American Jewish Committee’s (AJC) global forum, Harris said Israel is a “critical friend” of the United States and support for the Jewish homeland should “never be a bipartisan issue.”

“I stand with Israel both because of our shared values, which are so fundamental to the founding of both our nations, and I believe the bonds between the people of the United States and the people of Israel are unbreakable and we can never let anyone drive a wedge between us,” Harris said.

Unlike Democratic lawmakers like Ilhan Omar (D-MN) and Rashida Tlaib (D-MI), Harris views Israel as a beacon of human rights in the Middle East.

When asked by the New York Times if she thinks Israel meets international standards of human rights, Harris said “yes.”

“I think Israel as a country is dedicated to being a democracy and is one of our closest friends in that region, and that we should understand the shared values and priorities that we have as a democracy, and conduct foreign policy in a way that is consistent with understanding the alignment between the American people and the people of Israel,” said Harris.

In late 2017, Harris visited Israel to meet Prime Minister Netanyahu to discuss deepening the relationship between the US and the Jewish State.

Harris sides with the Trump administration’s position on the Israeli-Palestinian conflict, which calls for two independent states for both peoples without jeopardizing Israel’s safety and Jewish identity.

She opposes Netanyahu’s plans to annex up to 30% of the West Bank – biblical Judea and Samaria – as it is specified in Trump’s Middle East peace proposal.

She wrote in a letter to Trump in June that such a unilateral move “poses serious risks” for Israel’s safety because it could result in “serious conflict, the further breakdown of security cooperation with Palestinian security forces, and the disruption of peaceful relations between Israel and her neighbors, Jordan and Egypt.”

Harris believes the conflict can only be resolved through direct negotiations between Israel and the Palestinians and any unliteral move taken by either side should be condemned.

Calling Out the United Nations

The first resolution Harris co-sponsored after being elected a US senator condemned the passage of United Nations Security Council Resolution 2334, which labeled Israel's settlement activity as a "flagrant violation" of international law.

She also wrote a letter to U.N. Secretary-General António Guterres urging him to stop the UN's unfair bias against Israel

While speaking at AIPAC in 2017, Harris said she would challenge anti-Israel bias, even in the United Nations.

"I believe that when any organization delegitimizes Israel, we must stand up and speak out for Israel to be treated equally. That is why the first resolution I co-sponsored as a United States senator was to combat anti-Israel bias at the United Nations and reaffirm that the United States seeks a just, secure and sustainable two-state solution," she said.

Harris strongly condemns the BDS movement. She told The Jewish News of Northern California in 2016 that the movement seeks to "isolate Israel, the only democracy in the region" and is "based on the mistaken assumption that Israel is solely to blame for the Israeli-Palestinian conflict."

Harris voted against a bill that punishes companies that boycott Israel "out of concern that it could limit Americans' First Amendment rights."

Harris says she wants to stop Iran from acquiring a nuclear weapon but supports the Iran nuclear deal even though it is "by no means a perfect compromise.”

She criticized Trump's decision to pull out of the deal, saying his decision "jeopardizes our national security and isolates us from our closest allies."

Harris was not a senator when the nuclear deal was signed in 2015, but said she supports re-entering a reformed version of the agreement that calls for more oversight on Iran’s missile practices.

Despite supporting the Iranian nuclear deal, Harris has repeatedly said she supports Israel's self-defense. She said in June that her support for the ten-year $38 billion Memorandum of Understanding (MOU), which sets aside US funding for Israel's military programs is "unwavering."

In June 2017, she voted for a resolution marking the 50th anniversary of the reunification of Jerusalem during the 1967 Six-Day War. The unanimous vote recognized Jerusalem as the “undivided capital of Israel” and called for Trump to “abide by” the 1995 law calling for the US embassy to be moved to Jerusalem.

What Are Jewish and Pro-Israel Groups Saying?

Jewish and pro-Israel groups expressed mixed reactions to the news of Harris’ selection.

Democratic Majority for Israel president and CEO Mark Mellman told JNS that he applauds the move.

“Joe Biden and Kamala Harris are the perfect team to restore the soul of this nation, to stop [U.S.] President [Donald] Trump’s hateful agenda, and to strengthen American leadership and the U.S.-Israel relationship,” he said.

The Jewish Democratic Council of America executive director Halie Soifer said in a statement that Harris “strongly aligns with the values of American Jews, including her support of the US-Israel relationship.”

On the other side of the aisle, Zionist Organization of America (ZOA) President Mort Klein and ZOA chair Mark Levenson, Esq. congratulated Harris on her nomination but said they are “very concerned” about her support for the Iranian nuclear deal, opposition to annexation, and “refusal” to condemn Rep. Omar’s anti-Semitic remarks. They criticized Harris, who spoke at AIPAC’s annual conference in 2017, for not attending last year’s conference. Instead, she met with AIPAC members in her office.

The Republican Jewish Coalition also accused Harris of not doing enough to fight anti-Semitism during her time as California’s Attorney General.

“As Attorney General of California, she received numerous letters from Jewish organizations urging her to act against anti-Semitic activities on the campuses in the California public university system, but she refused those pleas.”

Sarah Stern, founder, and president of the pro-Israel group Endowment for Middle East Truth (EMET), told JNS that while she does not agree with Harris on all her positions regarding Israel, Harris is better than other Democrats who are not friendly to the Jewish State.

Stern said her organization is “feeling a sense of collective relief. Some of the contenders that were in the running reflected a much more radical position vis-à-vis Israel.” 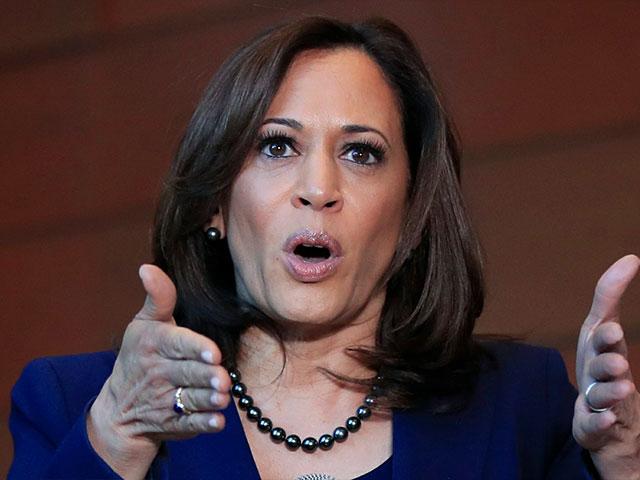