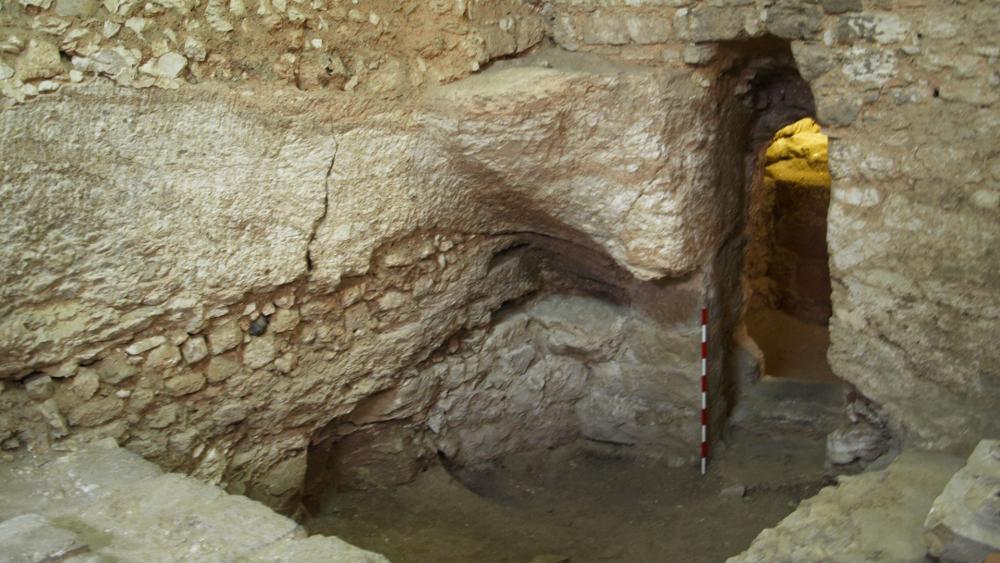 The first-century house at the Sisters of Nazareth site. Copyright K.R.Dark

JERUSALEM, Israel – Just beneath a French convent in Nazareth sits the remains of what is believed to be one of the most important “lost” Byzantine churches in the Holy Land – the Church of the Nutrition. Dig a little deeper and you will find a humble, first-century house archaeologists say could be the very home where Jesus grew up.

Prof. Ken Dark, from the University of Reading, has spent more than a decade studying the stone-carved dwelling beneath the Sisters of Nazareth convent. He said the site was first suggested as Jesus’ boyhood home in the 19th century, but this was later dismissed in the 1930s. The site was largely overlooked by archaeologists, until 2006, when Dark initiated a project to study the cave-church and the ancient house beneath it. He details his findings in his book, The Sisters of Nazareth Convent.

“What I claim to have found is the Byzantine Church of the Nutrition,” Dark told CBN News. “That is to say it is a very famous Byzantine pilgrimage church known from written evidence to have stood in the center of Nazareth to have been built over a crypt containing what the Byzantines believed was the house where Jesus had been brought up. The house of the ‘nutrition,’ meaning the nurturing or upbringing of Christ.” 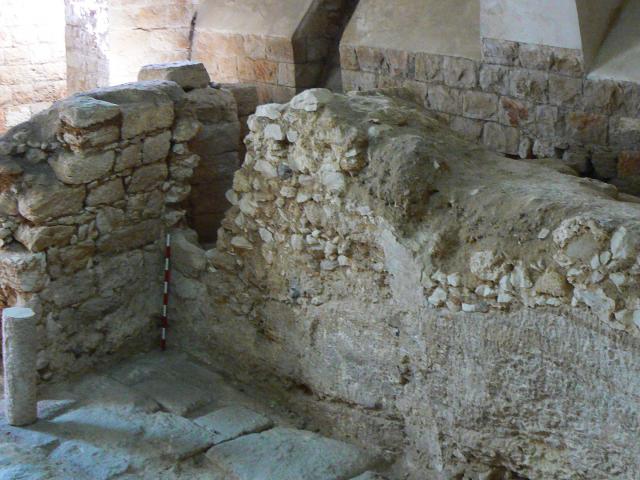 The first-century house, showing one of its rock-cut walls. Copyright K.R.Dark

Dark believes the cave-church is the one mentioned by the Christian pilgrim Egeria, who wrote a detailed account of her visit to the Holy Land in the 380s. The Byzantine complex could also be the one referenced in the writings of the Irish pilgrim and monk Adomnán.

While no one can say for sure the ancient house beneath the Byzantine church belonged to Mary and Joseph, Byzantine Christians believed it had religious significance.

“I’m confident to say the Byzantines thought this was Jesus’ childhood home,” he said. “The fact that it is probably [from the ]first century and it does seem to be a domestic building, a house, does raise the intriguing possibility that [it] really was.”

Researchers still don’t know why specifically the early Christians thought the house was special before building a church over it.

“We don’t know why the Byzantines thought it was. They might very well have had some genuine tradition,” Dark explained. “It's also possible they were mistaken in some way.”

However, he said it is “impossible” for archaeology to prove the Byzantines wrong and there is strong evidence they were right.

Yardenna Alexandre, an archaeologist working for the Israel Antiquities Authority said, “In 2009 and 2010 I excavated a small site in the Chemin Neuf International Mary Centre in central Nazareth, close to the site examined by Prof. Ken Dark. At the site that I excavated, remains of an Early Roman house were uncovered, probably part of the Early Roman Jewish village of Nazareth, where Jesus is considered to have been brought up. I have visited the site beneath the Sisters of Nazareth Convent, but unfortunately, I haven't had the opportunity to visit with Prof Dark himself, nor to see all the finds.”

Alexandre is very interested in Dark’s work but believes more scientific research needs to be done.

“This site is also located very close to the present-day Basilica, the area that is generally accepted as the ancient core of the small Roman-period Jewish village. Here, a Roman burial cave was exposed, as well as various building remains. The possibility of dating the building remains with certainty was impeded by the fact that the site was dug in the late nineteenth and early twentieth centuries by the resident nuns, and not as a scientific excavation, preventing a reliable affiliation of the pottery remains, essential for dating, with the specific building remains. Thus, whereas the cave is Roman (by style), the building remains could possibly be earlier, or even later. It is unlikely that the simple Jewish village population lived in a house on top, or underneath, a Jewish burial cave. In order to determine the accurate dating of the domestic building remains, it would be necessary to carry out a new scientific excavation in the very nearby vicinity.”

Dark said future technology could reveal more information about the site, but he is certain many early Christians believed it to be the home of their Savior.