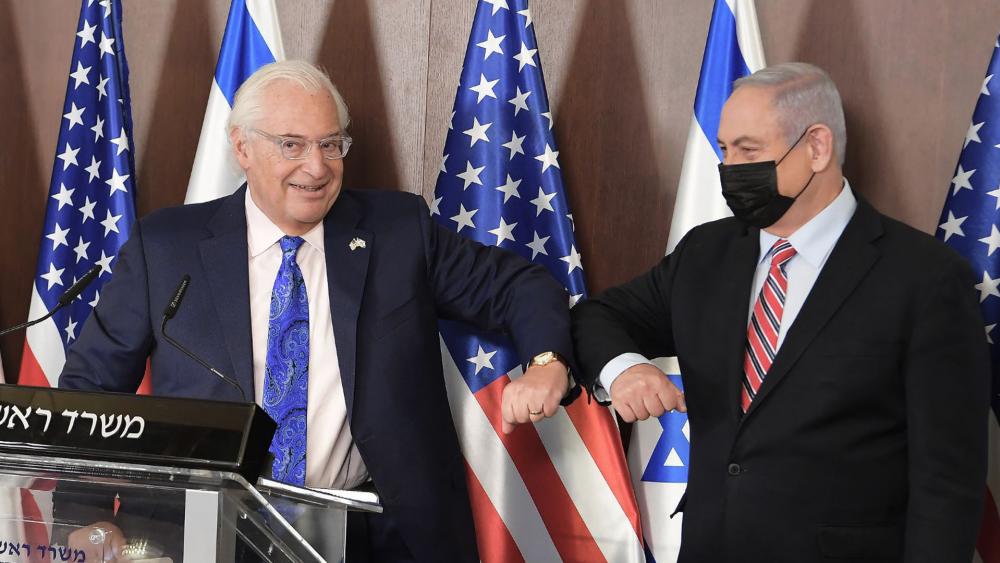 “President Trump, Donald, exactly three years ago, you became the first world leader to recognize Jerusalem as the capital of Israel,” Netanyahu said in a ceremony before the weekly cabinet meeting.

In the ceremony attended by U.S. Ambassador to Israel David Friedman, Netanyahu announced the proclamation would be displayed alongside President Harry S. Truman’s 1948 proclamation recognizing the newly established State of Israel.

Netanyahu then noted other positive moves made by Trump on Israel’s behalf.

“You recognized Israel’s sovereignty over the Golan Heights. You recognized Israel’s legitimate rights in Judea and Samaria. You proposed a realistic peace plan that acknowledges those rights and maintains Israel’s ability to defend itself. You forged the historic Abraham Accords, which ushered in a new period of peace that is dramatically changing the face of the Middle East before our very eyes,” he said.

“And rather than appease those who chant ‘Death to America’ and ‘Death to Israel’ in Tehran, you withdrew from the dangerous Iran nuclear deal, placed crippling sanctions on Iran and took out the world’s most dangerous terrorist, Qassem Soleimani,” Netanyahu.

Soleimani, commander of the Quds Force in the Iranian Revolutionary Guard, was killed in a US drone strike in Iraq earlier this year.

During the ceremony, Friedman and Netanyahu, together placed the proclamation on the walls of the cabinet room.  Friedman joined Netanyahu in praising the move.

“That message has since reverberated throughout this region and other regions, and it has made the world a safer place,” he added.

Netanyahu noted that Jews around the world will celebrate Hanukkah starting this week. The holiday marks the Jewish Maccabean victory over their Greek-Syrian oppressors 2,000 years ago.

“Thanks to you, Mr. President, we, the descendants of the Maccabees, can celebrate that that alliance between the reborn Jewish State and the most powerful country on earth, is stronger than ever. And we celebrate the fact that the American flag flies high atop the new American embassy that you, President Trump, moved to our glorious eternal capital – Jerusalem,” he said.