Netanyahu's Likud Party Surges in Polls with Election One Week Out

JERUSALEM, Israel - For the first time since Israelis learned they would have to vote in a third Knesset election, Prime Minister Benjamin Netanyahu's Likud Party has taken the lead over the rival Blue and White Party in two new polls. Blue and White had led in all the polls released since December.

The lead for Likud is small but significant because it comes just days before the March 2nd election.  A Channel 12 poll published Sunday gave Likud 34 seats to Blue and White's 33 seats.  A Kan News poll, also published Sunday, showed Likud leading Blue and White 35 seats to 34 seats. The poll shows that both parties would have a long way to go to form a 61-seat coalition in the 120-member Israeli parliament.

Still, it shows Netanyahu may have gained some momentum as he campaigns on his strong relationship with President Trump and his support for the Trump peace plan.

He also promised this weekend to extend sovereignty to Jewish areas around Hebron and to the Tomb of the Patriarchs, where Abraham, Isaac and Jacob are buried. The tomb and the area around it is revered by Jews.  It is surrounded by a large Arab population.

According to The Jerusalem Post, Netanyahu told Jewish residents near Hebron,"We will apply Israeli sovereignty over Kiryat Arba and the Jewish community in Hebron, including the Tomb of the Patriarchs and the roads that lead to it."  Kiryat Arba is the territory promised to the descendants of Caleb in the Bible, a reward for spying out the land and bringing back a good report to the ancient Israelites.

While Likud is rising in the polls, Blue and White leader Benny Gantz has had some difficulties in recent days.  He refused to take up Netanyahu's challenge to a debate, and just eleven days before the election, the government announced a criminal investigation of a company once chaired by Gantz.  The company, Fifth Dimension, was a Tel Aviv-based cybersecurity business.  It went bankrupt in 2018, just three years after it was established. The government's probe will focus on a whether there was impropriety surrounding a $1.2 million grant by Israeli police.

The Times of Israel reports that Gantz is not a suspect in the probe, but he has spent much of the past year criticizing Netanyahu for his own legal troubles and suggesting he is unfit to serve as prime minister.

The brightening prospects for the Israeli parties on the right has prompted some leaders to express hope that a surge in voter turnout could lead to a government of the right after next Monday's elections.  After weeks of discouragement over the prospects of a potential fourth election, the right is working to get their voters to the polls.  Knesset member Ofir Sofer of the Yamina Party told Israel National News, "True, not everything was perfect and not everyone is happy, but we have the Trump plan and only we will create the significance of the government that will make it a right-wing government." 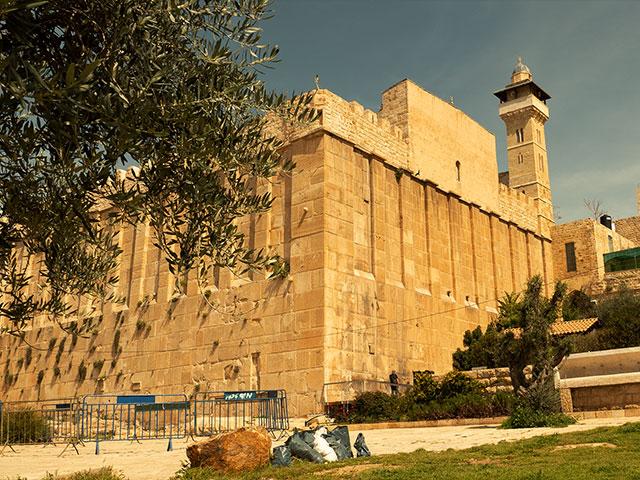 Beyond the Headlines: Uncovering the Real Hebron in the Midst of a Relentless Media War
CBN News Email Updates