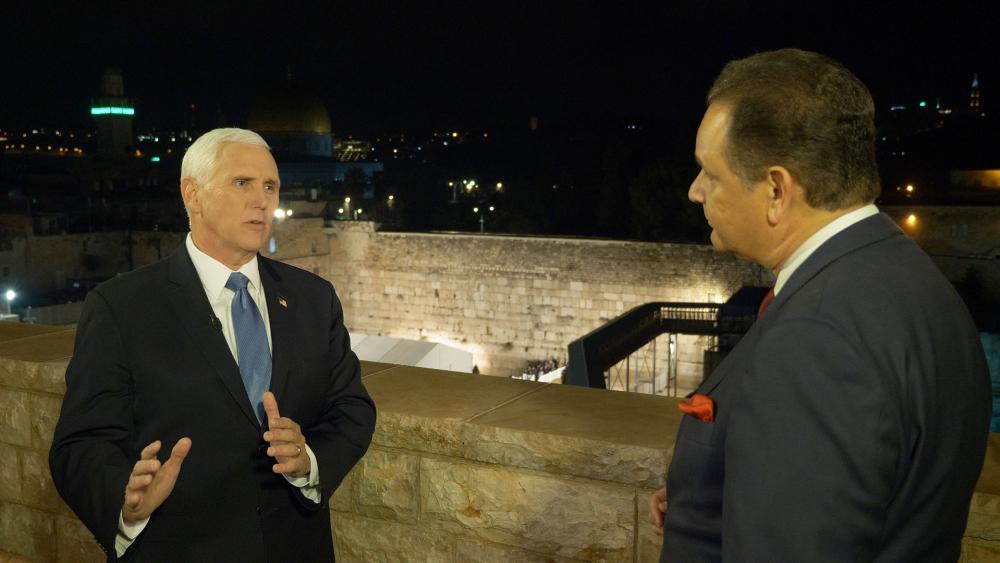 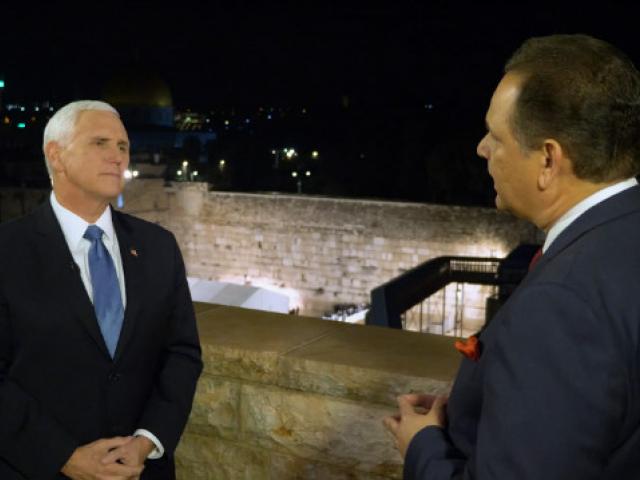 JERUSALEM, Israel – "Never Again." That is the vow United States Vice President Mike Pence made Thursday while speaking at the 5th annual World Holocaust Forum at Yad Vashem in Jerusalem.

Standing with him were more than 40 senior world leaders and heads of state, each of them there to commemorate the day the gates of Auschwitz were torn down and to pledge to never allow another Holocaust to happen again.

Vice President Pence sat down for an exclusive interview in Jerusalem with CBN's Chief Political Analyst David Brody. Pence reflected on what it felt like to watch the world come together and stand with the Jewish people.

"It was inspiring to see nearly 50 countries come together. Kings and presidents and prime ministers all united around the message "Never Again" 75 years since the liberation of Auschwitz. And the stories still tear at hearts and they should," said Pence.

For Pence, visiting Auschwitz is an emotional experience. Seeing its gates and standing in its gas chambers brings to mind the horrors Jews went through.

"Karen and I visited Auschwitz. We walked the grounds. As I said today, it is impossible to walk those grounds without feeling deep emotion and grief. And yet, while Auschwitz was a dark chapter in human history, it also represents a victory and a triumph for freedom because ultimately, we overcame. We defeated Nazi tyranny and 75 years later the world understands what happened there."

His visit comes against the backdrop of rising anti-Semitism when Jews around the world are wondering if "Never Again" is quickly becoming an empty slogan.

For many Americans, anti-Semitism is closer to home than western Europe. New York, Pittsburgh, and Los Angeles are just a few places that have seen the bloody consequences of Jew-hatred.

"There is a rising tide of vile anti-Semitism that's emerging all around the world," Pence said. "We've seen it result in violence at synagogues in Pittsburgh and in Los Angeles – the loss of life."

"We've also seen it manifested in rhetoric. Not only the BDS movement, attempting to get people to divest from Israel – thinly veiled anti-Semitism – but even in the halls on Congress. We've heard anti-Semitic rhetoric that has not been roundly and universally condemned as it should be."

"For people to traffic in anti-Semitic slurs and tropes and not be held to account for that is just unacceptable. But the good news is, and you saw it here at the 75th anniversary of Auschwitz, the world is mobilizing. The American people are aware of it," said Pence.

Yet, many are concerned that more needs to be done to educate people about the Holocaust.

A comprehensive survey released this week by the Claims Conference, a Jewish organization that negotiates compensation for victims of Nazi Germany found that most people in France did not know 6 million Jews were murdered in the Holocaust. About 45% of millennials said they were unaware that France collaborated with the Nazis, and 25% said they weren't sure if they even heard about the genocide against Jews.

"[Lantos] wanted to cofound the caucus with an evangelical Christian and conservative and I was humbled by that," said Pence.

The Vice President explained what it feels like to be in Israel as a Christian.

"To be in the Holy Land is always so moving to me. To be just a block away from stones where Jesus walked. To travel to the ruins of Capernaum where the Sermon on the Mount was presented all make for an incredible connection. They were the anthems of our youth; the lessons of Sunday School," he said.

The Trump Administration has been extremely favorable towards Israel in its policies. The US officially moved its embassy from Tel Aviv to Jerusalem in 2018 in recognition of the holy city as the capital of Israel.

After meeting with Israel's Prime Minister on Thursday, Pence announced that Netanyahu and his main political rival Benny Gantz have been invited to Washington next week to discuss the "prospect of peace" with the Palestinians.

“President Trump asked me to extend an invitation to Prime Minister Netanyahu to come to the White House next week to discuss regional issues as well as the prospect of peace here in the Holy Land," Pence said.

Israeli media reports the plan is expected to heavily favor Israel, giving it control over large parts of the West Bank (biblical Judea and Samaria).

Pence said his connection to Israel, like many Evangelical Christians', is deeper than stones and ruins, "it's a heart connection."

"For Christian believers, we're grounded in the conviction that we're called to bless Israel. That the Bible tells us that those who bless her will be blessed and those who curse her will be cursed. And really, since before the American founding, Americans called for the restoration of Israel to the Promised Land, and when Israel was restored in 1948, America was the first nation on earth to recognize the Jewish state of Israel and we've been with them every step of the way."

After his interview with CBN News, the vice president took a moment to say a silent prayer at the Western Wall. 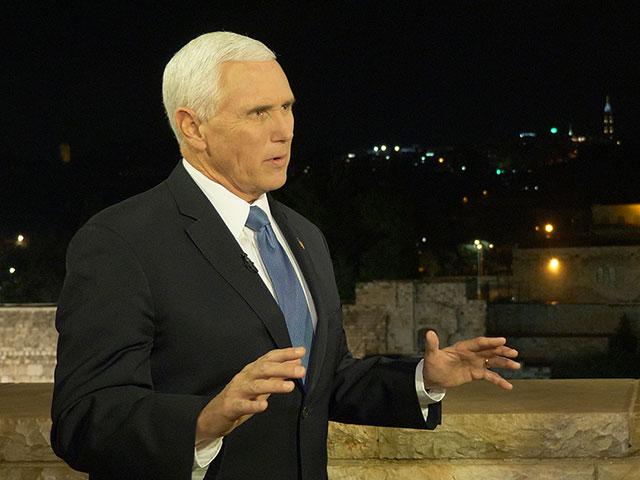 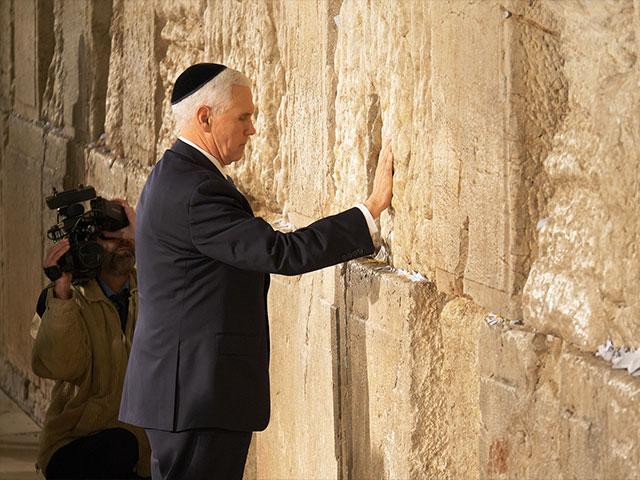