'They Are Lying That Our Enemy Is America; Death to the Dictator!' Iranian Protesters Outraged Over Downed Ukrainian Plane 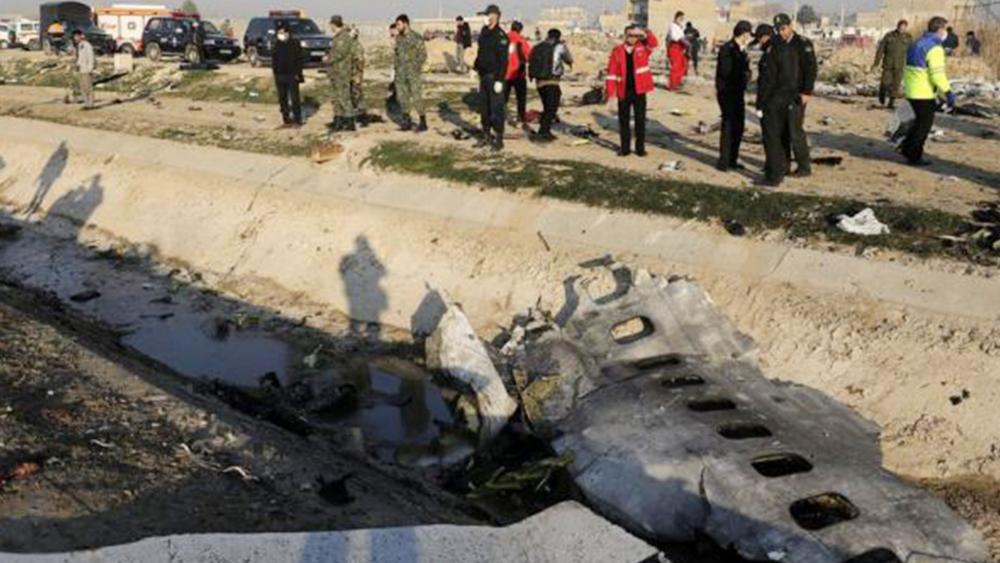 Ukrainian Plane Crash in Iran
6122204908001
'They Are Lying That Our Enemy Is America; Death to the Dictator!' Iranian Protesters Outraged Over Downed Ukrainian Plane
6122490949001
Rising Tensions Between the US and Iran

Michael O'Hanlon, senior fellow and director of research in foreign policy at the Brookings Institution appeared on Monday afternoon's edition of CBN News' Faith Nation to talk about the tensions between the US and Iran. Faith Nation is seen weekdays on the CBN News Channel.  For a programming schedule, click here.

JERUSALEM, Israel – Thousands of outraged Iranian protesters are back in the streets condemning Iranian authorities who say they accidentally shot down a Ukrainian passenger plane last week, killing all 176 people on board – most of whom were Iranian citizens.

Iranian leaders were forced to admit their errors on Saturday after facing mounting international pressure. Initially, they denied shooting down the plane and blamed the accusations on Western propaganda.

The Iranian government’s apologies for the tragedy have done little to deter civilians from taking to the streets and calling for Supreme Leader Ayatollah Ali Khamenei to step down immediately.

Chants in #Tehran in the last hour in reaction to admission of guilt by #Iran’s IRGC in the downing of #UkrainePlaneCrash/#IranPlaneCrash : “Resignation is not enough, prosecutions is what is needed” pic.twitter.com/sUITvcxAnQ

"Death to the dictator," some chanted. "Khamenei have shame. Leave the country.”

“They are lying that our enemy is America, our enemy is right here,” videos posted on Twitter show another group of protesters chanting outside a Tehran university.

Other videos showed demonstrators marching to Tehran’s Azadi (Freedom) Square and protests in other cities. Many of the protesters are calling on those involved in shooting down the plane to be criminally prosecuted.

After university campuses, I'm getting footage of Iranians in the streets chanting against the regime tonight. They 're saying "Down with the dictator".

Iranians are furious with the regime after it recklessly shot down a civilian aircraft that claimed more than 176 lives. pic.twitter.com/iG2cVVBtiG

Iranian authorities are responding to the demonstrations by open firing on civilians and using tear gas.

Video obtained by The Associated Press shows protesters near Azadi Square saying a woman had been “shot in the leg” before trying to help her up from the floor.

Another video obtained by The Associated Press from the New York-based Center for Human Rights in Iran showed police firing tear gas and shooting at a group of protesters in Tehran.

Pools of blood could also be seen on a sidewalk near Azadi Square.

The protesters know they are risking their lives.  The Iranian government has a history of slaughtering demonstrators. Iranian officials killed approximately 1,500 demonstrators over the last few months and shut down the internet in response to anti-government protests.

“To the leaders of Iran - DO NOT KILL YOUR PROTESTERS. Thousands have already been killed or imprisoned by you, and the World is watching. More importantly, the USA is watching. Turn your internet back on and let reporters roam free! Stop the killing of your great Iranian people!” Trump tweeted.

To the leaders of Iran - DO NOT KILL YOUR PROTESTERS. Thousands have already been killed or imprisoned by you, and the World is watching. More importantly, the USA is watching. Turn your internet back on and let reporters roam free! Stop the killing of your great Iranian people!

To the brave, long-suffering people of Iran: I've stood with you since the beginning of my Presidency, and my Administration will continue to stand with you. We are following your protests closely, and are inspired by your courage.

While anti-government protests rage on, Iranian students have shown their defiance against the Iranian government by refusing to trample on US and Israeli flags at Iran’s Shahid Beheshti University campus. The flags were painted on the ground so that those walking on campus would openly insult both countries by stepping on their flags.

Those who did step on the flags were condemned by students.

Students shout down Iran regime enforcers who walk across flags of US and Israel at entrance of Tehran’s Beheshti University. Via @ManotoNews pic.twitter.com/05X5hAvBFy

Ukrainian president Volodymyr Zelenskiy says Iran has vowed to quickly identify and return victims' remains from the passenger plane it shot down.

Zelensky says he "will return all those dead to their families,” adding: “All the culprits will be punished.”

Meanwhile, Iranian authorities have reportedly warned the families of the Iranian victims of the plane strike not to speak to foreign media at risk of not receiving the bodies of their loved ones, according to Al-Arabiya. 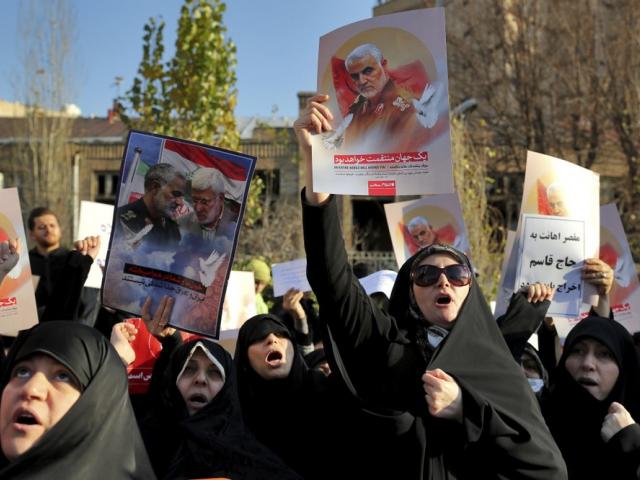