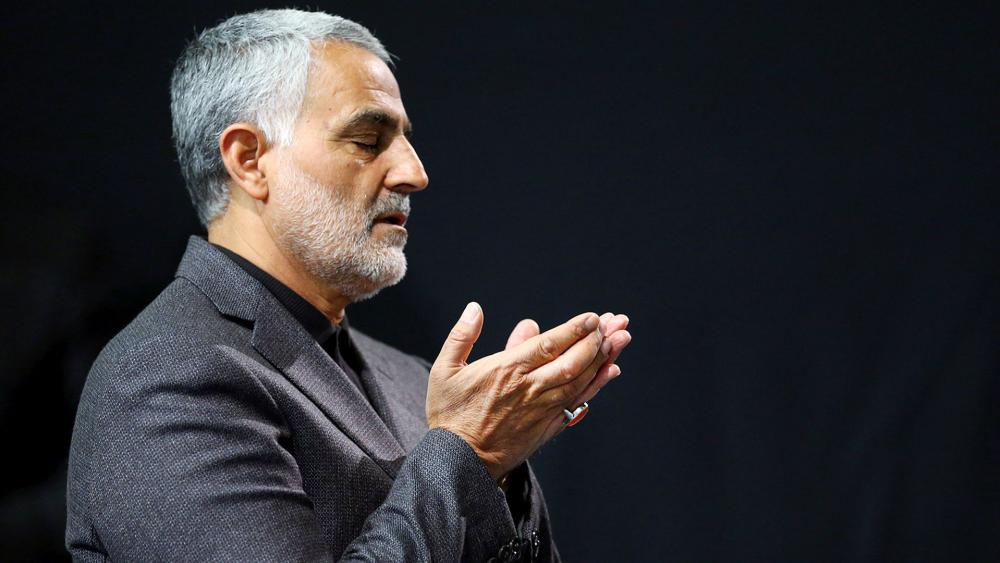 In this 2015 photo, the commander of Iran's Quds Force, Qassem Soleimani, prayed in an Islamic ceremony at a mosque in the residence of Supreme Leader Ayatollah Ali Khamenei, in Tehran, Iran. (AP Photo/Office of the Iranian Supreme Leader)

Since the US assassinated Iranian Quds Force commander Gen. Qassem Soleimani last Friday, media reports have shown drone shots and footage of massive crowds of Iranians on the streets of Tehran and elsewhere ostensibly supporting the regime or mourning the death of Soleimani.

On Tuesday the crowds were so big 56 people were killed and hundreds of others killed in a stampede at Soleimani’s funeral in Kerman, Iranian media reports said.

“Have you EVER seen such a sea of humanity in your life, Donald Trump? Do you still want to listen to the clowns advising you on our region? And do you still imagine you can break the will of this great nation & its people? End of malign US presence in West Asia has begun,” Zarif tweeted on his official account.

Have you EVER seen such a sea of humanity in your life, @realdonaldtrump?

Do you still want to listen to the clowns advising you on our region?

And do you still imagine you can break the will of this great nation & its people?

End of malign US presence in West Asia has begun. pic.twitter.com/5WzYM9OBuQ

But Iranian born expert Alireza Nader from the Foundation for the Defense of Democracies tweeted in response:  "Hitler, Stalin, & the North Korean regime were/are also good at organizing mass rallies. It’s one of the skills police states possess; turning out huge crowds in order to claim legitimacy."

Nader told CBN News that he doubted that the crowds were sincerely mourning Solaimani.

“(Iranian) sympathizers in the West and certain media in the West and United States claims this shows Iranians are rallying around the flag. But this is a totalitarian regime, it's a police state.  It makes people come into the streets.  It threatens those who don't,” Nader said.

“Even when I was a kid living in Iran for me to chant in support of the regime and it was mandatory if you didn't do it you could potentially get harmed.  So I'm not convinced whatsoever by these crowds. I think the regime (is) forcing people to come into the streets and it's exaggerating the numbers as well,” he said.

“Without doubt, Soleimani had support among hard-liners and regime loyalists. The regime is not taking any chances, though,” Alinejad wrote.

“In the city of Ahvaz, where large numbers of people turned out to mourn Soleimani, the government has forced students and officials to attend. It provided free transport and ordered shops to shut down. According to videos sent to me by people inside the country, the authorities are making little kids write essays praising the fallen commander. First-graders who didn’t know how to write were encouraged to cry for Soleimani,” she continued.

According to Alinejad, she’s received thousands of “messages, voice mails and videos” from Iranians in major cities “who are happy about Soleimani’s death. Some complain of the pressure to attend services for him.” 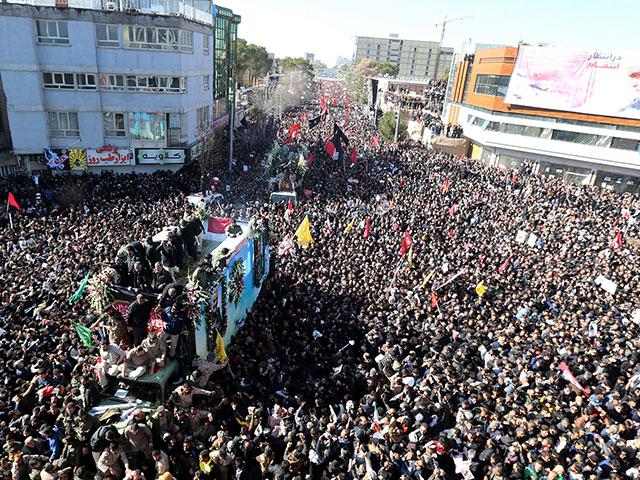 'The US Itself, the Homeland Is at Risk' as Iran Mourns and Vows to Carry Out Soleimani's Revenge
CBN News Email Updates