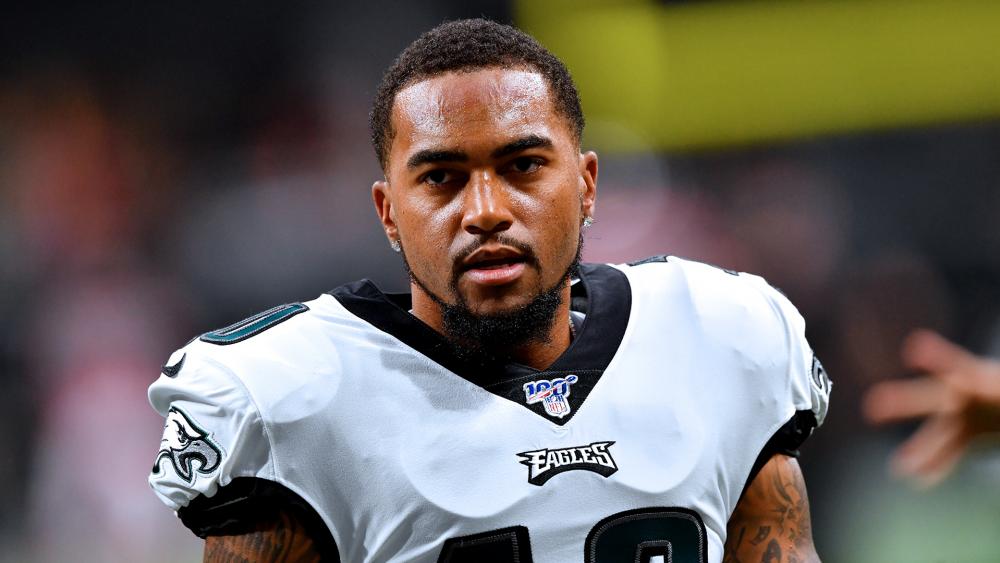 Jackson drew immediate backlash when he posted on his Instagram story a quotation that said White Jews “will blackmail America. [They] will extort America, their plan for world domination won’t work if the Negroes know who they are.” The star player incorrectly attributed this quotation to Hitler.

All of these posts have since been deleted and Jackson issued two apologies on his Instagram page.

“I really didn’t realize what this passage was saying,” he said, in reference to the post about White Jews blackmailing America. “Hitler has caused terrible pain to Jewish people like the pain African-Americans have suffered. We should be together fighting anti-Semitism and racism. This was a mistake to post this and I truly apologize for posting it and sorry for any hurt I have caused.”

He later posted an apology specifically “to the Jewish community” for “the insensitive and ill-informed posts that I shared on my social media.”

“I unintentionally hurt the Jewish community in the process and for that I am sorry! Now, more than ever, we must work together to end discrimination of all types and against all peoples and communities. This apology is more than just words – it is a promise to do better.”

The Eagles condemned Jackson’s actions as “offensive, harmful, and absolutely appalling” and said they would take “appropriate action.”

“We have spoken with DeSean Jackson about his social media posts," the Eagles said in a statement. "Regardless of his intentions, the messages he shared were offensive, harmful, and absolutely appalling. They have no place in our society, and are not condoned or supported in any way by the organization.

"We are disappointed and we reiterated to DeSean the importance of not only apologizing, but also using his platform to take action to promote unity, equality, and respect. We are continuing to evaluate the circumstances and will take appropriate action. We take these matters very seriously and are committed to continuing to have productive and meaningful conversations with DeSean, as well as all of our players and staff, in order to educate, learn, and grow."

ESPN reported that Eagles owner Jeffrey Lurie – who is Jewish – expressed his disappointment to Jackson. Jackson vowed to educate himself and work with the Jewish community. Later, Jackson’s representatives reached out to the rabbi at Chabad Young Philly to discuss ways he can donate and work with his local Jewish community.

“Almost my entire family was murdered by the German Nazis during the Holocaust. I survived multiple German Nazi death camps, including Mauthausen concentration camp, my late wife was a survivor of Auschwitz-Birkenau,” he wrote. “Your post on Instagram quoting Adolf Hitler, the man behind one of the most evil regimes this world has ever known and the man responsible for the deaths of over 6 million Jews, including my dear parents and sisters, as well as 2 million ethnic Poles and millions of other nationalities and minorities, is heartbreaking and so deeply wrong.”

“I would like to invite you to join me at the sites of these German Nazi death camps, to understand what evil truly is, and why sharing quotes of the man behind this evil, is so offensive to us all.”

The letter was shared by the “From The Depths” Twitter account. The organization “aims to preserve the memory of the Holocaust and to give a name to those who were brutally murdered,” according to its website.

“Education is the key to making the world a better place and I truly hope that DeSean accepts Mr. Mosberg’s invitation. There is nothing more powerful than visiting a such a horrendous site, with someone who survived, and hopefully, after that, he will realize quite how stupid and offensive his fake quote of Hitler was.”