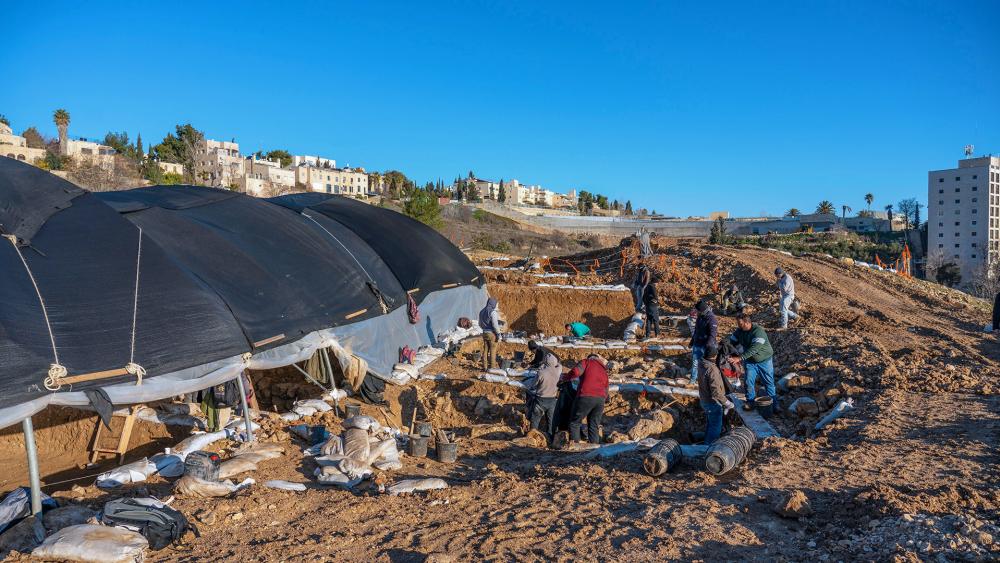 JERUSALEM, Israel – Just a few miles away from Jerusalem’s Old City, archaeologists have unearthed an administrative storage center from the time of Kings Hezekiah and Manasseh about 2,700 years ago.

The excavation was conducted by the Israel Antiquities Authority in the Arnona neighborhood of Jerusalem.

Researchers found an unusually large structure made of stone walls believed to have been used for governmental activities. There, they discovered 120 jar handles with seal impressions on them in ancient Hebrew. Many of the handles have “LMLK” – which means “belonging to the king” – inscribed on them. Other handles have the names of senior officials and other important men on them.

Archaeologists say this is the most important collection of seals to be found in Israel in recent years. They believe the site was once used by the Jewish government to collect taxes, manage and distribute food supplies, and was surrounded by agricultural plots and orchards. “The site is dated to a period documented in the Bible by upheavals such as that of the Assyrian conquest campaign - under the command of King Sennacherib in the days of King Hezekiah. It may be that the government economic provisions indicated by the stamp seals are related to these events however, the excavation revealed that the site continued to be active after the Assyrian conquest. Moreover, the array of stamped seals indicated that the system of taxation remained uninterrupted during this period,” said Neria Sapir and Nathan Ben-Ari, directors of the excavations on behalf of the Israel Antiquities Authority.

Researchers say the seal impressions point to evidence that governmental activity occurred south of the City of David in the latter time of the Kingdom of Judah.

Archaeologists also found a collection of clay figurines at the site.

"Some of the figurines are designed in the form of women, horse riders or as animals. These figurines are usually interpreted as objects used in pagan worship and idolatry - a phenomenon, which according to the Bible, was prevalent in the Kingdom of Judah,” said Sapir and Ben-Air. 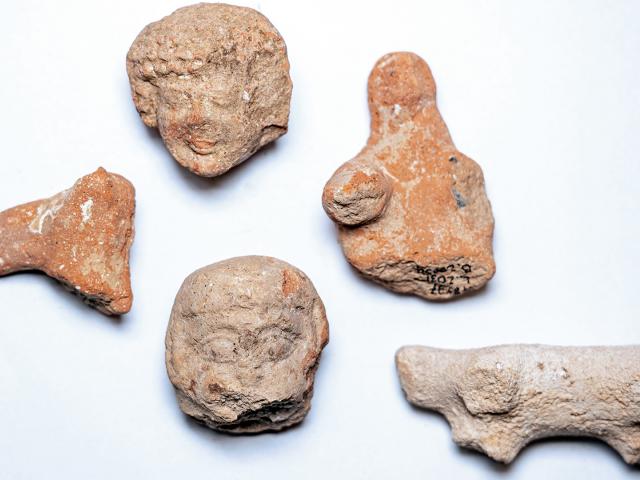 According to the Bible, King Manasseh reversed the religious reforms made by his father Hezekiah and re-established pagan worship in Judah.

The researchers added that, "It seems that shortly after the site was abandoned, with the destruction of the Kingdom of Judah in 586 BCE and Babylonian exile, the site was resettled and administrative activity resumed. During this time governmental activity at the site was connected to the Judean province upon the Return to Zion in 538 BCE under the auspices of the Achaemenid Persian Empire, which then ruled over the entire ancient Near East and Central Asia."

According to Dr. Yuval Baruch, the Jerusalem District Archaeologist of the IAA, the site is a snapshot of one of the most pivotal times in Israel’s history.