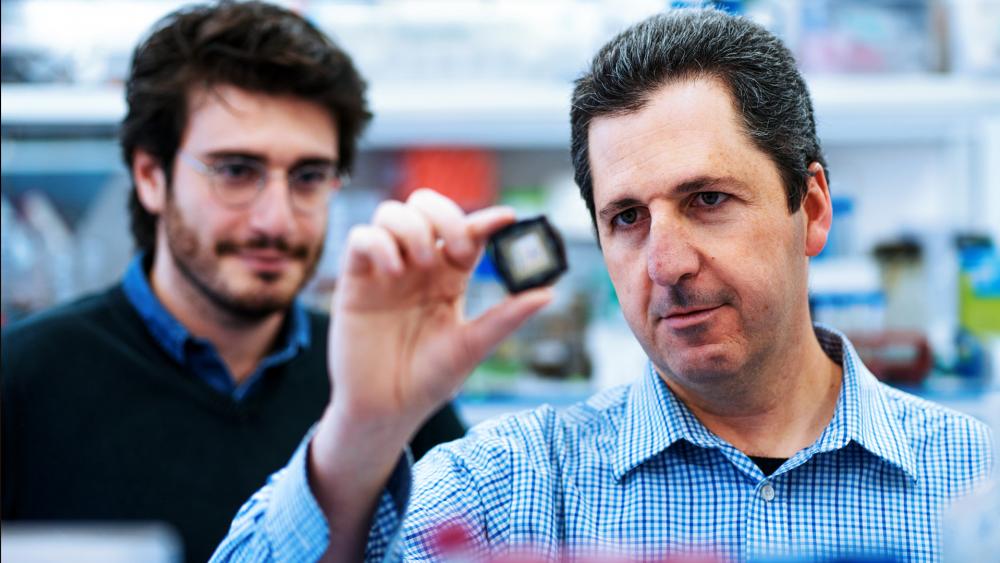 UPDATE:  During the summer, we shared with you about a Hebrew University discovery of a possible treatment for COVID-19 that could reduce the threat to that of a common cold.  Now, Israeli scientists have clinical evidence to back up their research.

The study, led by Professor Yaakov Nahmias, Director of the Center for Bioengineering at Hebrew University, used a well-established existing drug, Fenofibrate (Tricor), (an FDA approved drug used to lower cholesterol that has been on the market since 1975), to combat the build-up of fats in human lung cells caused by the SARS-CoV-2 virus.

Nahamias worked together with Professor Oren Shiboleth of Ichilov Medical Center in Tel Aviv and Dr. Sigal Shafram-Tikva at Hadassah Medical Center in Jerusalem to gather data from 1,500 Corona patients who were on a regiment of drugs designed to reduce the fatty buildup in lung cells.

Patients who were taking the drugs to speed up the breakdown of fats were recovering from the Corona-caused lung infections in a matter of days. The evidence even showed that there was zero mortality among these patients.

“Patients taking fibrates that work directly to breakdown fats recovered fast from the disease, while those taking medications that build fats like thiazolidinediones, showed greater lung damage and mortality,” Nahmias explained in a press release.

In the coming days, clinical studies are scheduled to begin at Barzilai Hospital in Ashkelon, Israel, led by Professor Shlomo Maayan, Director of the Department of Infectious Diseases and joining other clinical centers across the United States, South America and Europe.

“Even as we see the introduction of numerous vaccines intended to reduce the transmission of the disease and protect vulnerable populations, this drug can help the direct treatment of the virus and reduce its severity and mortality,” Maayan said.

JERUSALEM, Israel - Could a simple drug that's been on the market for decades successfully treat COVID-19? An Israeli research team believes so because of a significant breakthrough in understanding how the coronavirus reproduces in the lungs.

Prof. Yaakov Nahmias, director of Alexander Grass Center for Bioengineering at Hebrew University of Jerusalem, and his research team have discovered how a drug on the market since 1975 could combat the pandemic.

“Viruses are parasites. They can’t replicate on their own. They’re essentially a box of protein with a single strand of genetic material inside,” he told CBN News. “In order to make more viruses you have to get inside human cells.”

After three months of intense research, Nahmias, who is working together with Dr. Benjamin TenOever at New York’s Mount Sinai Medical Center, saw how the virus prevents the routine burning of carbohydrates in the lungs causing fat to accumulate.

“We’ve found together with Mt. Sinai hospital in New York is the fact that once it gets into the cells it starts making the cells make new fat,” he explained.

That was the key.

“Once we found that out we could start screening drugs that may potentially block the virus…not by targeting the virus itself but by going after fat accumulation,” said Nahmias. “So the virus needs this fat to grow and make new viruses but a drug like Fenofibrate can help the cells burn this fat and then suddenly virus production stops.”

“If everything pans out and the clinical studies validate our results it looks good,” he shared. “Everybody’s crossing their fingers. And we hope that before the next flu season we’ll be able to bring this drug to market.”

These researchers say they hope to downgrade the threat of COVID-19 to that of the common cold.

This story was first published on July 16, 2020 and has since been updated. We encourage readers who wish to comment on our material to do so through our Facebook, Twitter, YouTube, and Instagram accounts. God bless you and keep you in His truth.