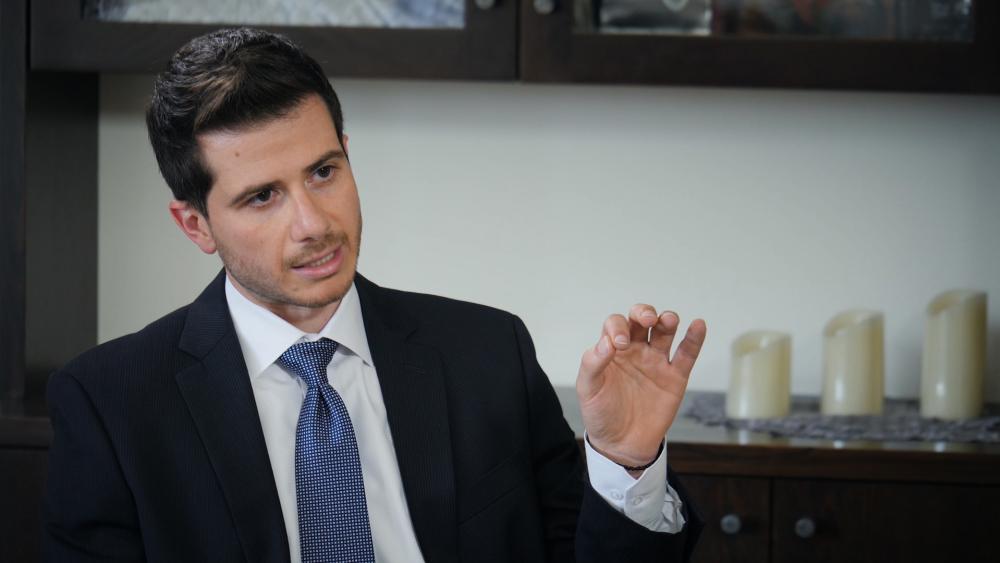 6171857383001
Only in Israel: Christian Arab Relishes Role as Ambassador to Muslim Azerbaijan

TEL AVIV, Israel - With anti-Semitism on the rise, who could imagine a Christian Arab diplomat, serving the Jewish State, posted in a Shiite Muslim country that has an open border with Iran? That’s the story of Israel’s first-ever Christian Arab ambassador – George Deek.

CBN’s Scott Ross interviewed Deek before COVID-19 hit and before his first posting as ambassador. A lawyer by profession, Deek was born in the coastal city of Jaffa, and grew up in the Orthodox Christian community there.

Overlooking the Mediterranean Sea, Deek pointed out the contrast between Tel Aviv and Jaffa (or Yafo in Hebrew).

“You know Jaffa is the oldest port city in the world that still exists,” Deek explained.

“It is at least 8,000 years old and the funny thing is Tel Aviv is less than 100 years old, and we’re called a suburb of Tel Aviv; Tel Aviv-Jaffa. I think it should be Jaffa-Tel Aviv. I mean, they’re big in size, but we’re big in history,” Deek said. 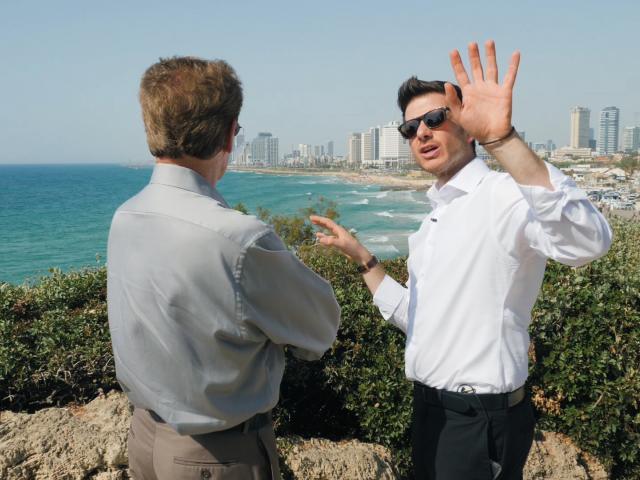 “For me, it‘s the story of Israel. Its deep roots in the ground, and yet, branches reaching to innovation and to creating new things. So I love this contrast of old and new, of modern and ancient, of a conservative small town, to this hyper innovative new city that is revolutionizing the world in many ways,” he told Ross.

Deek, who has served Israel as a diplomat, including as deputy ambassador to Nigeria and Norway, received his first posting as ambassador to Shiite Muslim Azerbaijan.

Once a part of the former Soviet Republic with an open border with Iran, Azerbaijan has had good relations with Israel since it gained its independence in the ’90s.

“Why would you, a Christian Arab, choose to be an ambassador for the Jewish State?” Ross asked Deek.

“I've dedicated more than a decade now for advocating for a case for the State of Israel …and I'm very passionate about this. It is an important cause that I truly believe in,” he said. 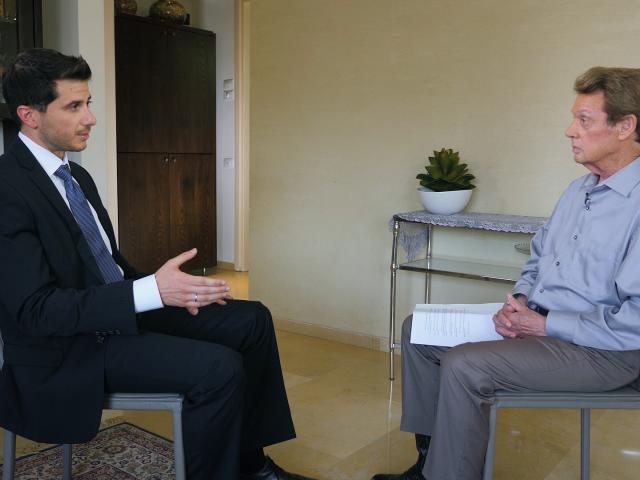 “How do you arrive at that as an Arab: to embrace Jewish values, the Jewish State, Jewish people?” Ross asked.

“I grew up here in the city of Jaffa and in our building there were four apartments. So, on the first floor, it was us, an Arab Christian family.  Across from us was an Arab Muslim family. Above them, lived a religious Jewish couple. And on the other side above us lived a Catholic priest who was originally born Jewish, saved by a monastery during the Holocaust in Poland, (and) became a priest on the one condition that he would be sent to serve as a priest in the land of his forefathers in Israel,” Deek explained.

“That environment, for me, symbolizes the essence of the diversity that makes this country what it is,” he said.  “It is where Jews and Christians and Muslims can live their faith without fear, where Arab doctors treat Jewish patients in hospitals in Tel Aviv and Jewish doctors treat Arab patients from Syria up north."

Deek said it’s only natural for every Israeli, no matter what his faith is, to be part of what he called “the Israeli project.”

“You have an Arab Christian judge sitting in the Israeli Supreme Court. You have Arabs winning reality contests in this country. You have some of the finest researchers of medical research in Israel who are Arabs. You have the dean of the Hebrew law school was Arab until just lately,” he added.

Beyond supporting the Jewish State, he said that supporting a democratic Israel also helps ensure a Christian future in the Middle East.

“Israel is just as important to me, an Arab and as a Christian, then it is for any Jewish citizen in the country. Because I believe that the Middle East with no room for a Jewish State is a Middle East that has no room for anyone who is different,” he explained.

“But your view is in the minority, isn't it?” Ross pointed out.

“I think it's not so much a minority view because people might feel it, but they don't always have the way to articulate it,” he replied. “Some people like it and some people don't like it.”

Several years ago as Deek was speaking at the University of California, Davis (campus), students calling themselves “Students for Justice in Palestine” stood up holding banners and chanting “Free, free Palestine” and “Long live the intifadah” and tried to prevent him from continuing.

“How do you view the Boycott, Divestment, Sanctions movement against Israel? Ross asked.

“And, today, we see a new way of trying to put Israel in a crisis and they're trying to put Israel, this time, in a moral crisis by trying to bring good and well-meaning people into questioning the right of Israel to exist. The reasons change, but the hate stays the same,” Deek added.

“There's a commandment from the New Testament. Love your enemies. How do you do that?” Ross asked.

“It's not an easy commandment. It's probably the toughest one to handle, for me as a Christian in particular,” Deek said honestly.

“I'll tell you one thing. In the Middle East and in Israel in particular, we don't have the luxury of being a pessimist, because only by keeping hope alive, then we can aspire that hope will keep us alive. For a lot of people, (they) think that our story —the Jewish story and the Arab story—are irreconcilable, that one comes at the expense of the other. But we cannot live together? I completely disagree.”

Deek’s grandparents, who were originally from Jaffa, fled the fighting in Israel’s 1948 War of Independence and ended up in Lebanon. Yet, against the odds, they returned.

“What is it that binds the Jewish story and my family's story together? It is the fact that we both endured great suffering and yet we chose responsibility, not victimhood. We both went through terrible tragedies and we chose self-help, not self-pity; life, not death,” he said. “It's the story of hope.  And if they could do it back then, there's no reason we cannot do it today.”

“Are you assured that what you believe is going to secure the future for your children?” Ross asked.

“It is, basically, a fact that Israel is the only place in the Middle East where people of all faiths can live without fear. It is the only place that shows a model of a country (that) can allow you the possibility to be true to who you are. And at the same time, be a blessing to others regardless of who they are,” he said.

“It is a fact that here, it is the only place that still, we have that light. We have that truth. When hopefully I will have children - they will grow up in this country to be proud of who they are and to help others and to be a blessing to their country and to their fellow citizens regardless of who those people are.”