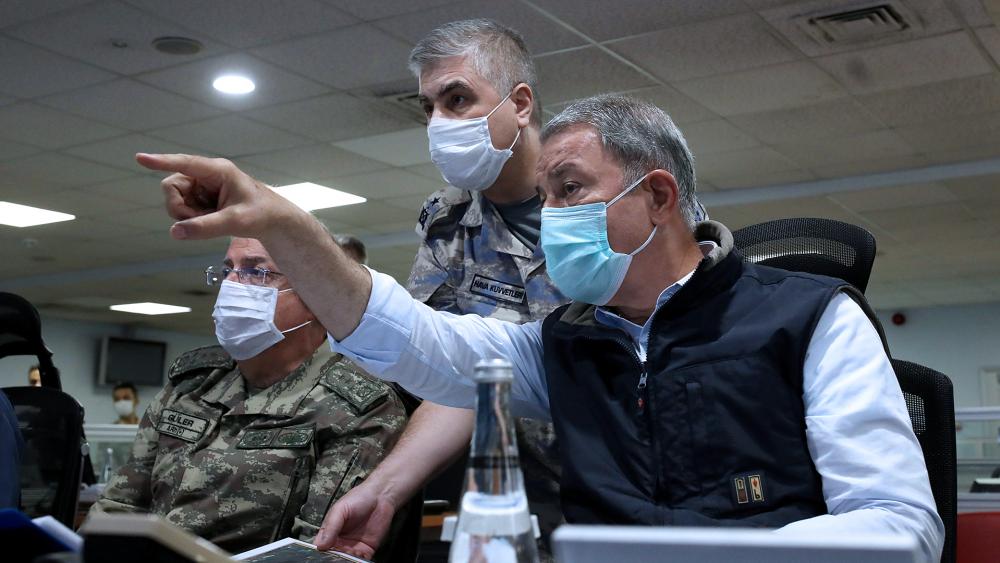 JERUSALEM, Israel – Turkey on Wednesday said it airlifted troops for a cross border assault against the Kurdistan Workers’ Party (PKK) group in Northern Iraq. The attack, called “Operation Claw-Tiger,” is the first known time Turkey has led an air and ground operation in war-torn Iraq. The offensive is reigniting fears by local Yazidis who were terrorized by ISIS in 2014 in nearby Sinjar.

Turkish media reported Wednesday that Ankara’s forces hit over 150 targets of the PKK in Iraq’s border region of Haftanin, some 9 miles from the Turkey-Iraq border.

"In order to neutralize the PKK and other terrorist elements threatening our people and our borders, our Air Force, along with fire-support equipment, helicopters and our commandos, supported by armed and unarmed drones, have mobilized to the region with air operations," Turkey’s Defense Ministry said on Twitter.

Turkey regularly carries out attacks against the PKK, which is considered to be a lethal terror organization by Turkey, the European Union, and the United States. The conflict between the radical socialist PKK and Turkey has cost tens of thousands of lives since it started in 1984.

PKK affiliates in Sinjar have never carried out attacks on Turkish soil.

Critics, including Nadine Maenza, Vice Chair of the United States Commission on International Religious Freedom (UCSCIRF), suggest Turkey is lying about its targets and motivations.

“Turkey has been in a feud with the Kurdistan Workers’ Party, or PKK, for a long time,” she told CBN News. “They are accusing them of planning attacks, or at least that’s what they’re saying from Sinjar. There’s no proof that that’s been the case.”

"There have been no recent attacks on Turkey, and Ankara has never presented any evidence that groups in Sinjar, consisting primarily of the poorest Iraqis and minorities living in a landscape of villages destroyed by ISIS, constitute a threat," he wrote in The Jerusalem Post.

“It seemed as if they weren’t trying to hit the targets and they were trying to make a statement and to scare. Was it to keep the Yazidis from coming? Or was it to make a point that they consider the PKK to be dangerous?” she asked.

The Yazidis suffered a genocide at the hands of ISIS in 2014. Thousands of Yazidi men, women, and children were executed, starved, and sold into slavery. Six years later, thousands are still missing but Yazidi families are beginning to return to Sinjar.

“Yazidis were just starting to come back. They had about 200 families which had returned a few days before these attacks. So, it’s very troubling to us and many others around the world,” she said.

Maenza told CBN news that 700 Yazidi families live less than a mile and a half away from the Turkish airstrikes in the Sinjar region and Ankara is “traumatizing them again.”

“These airstrikes have had a chilling effect on the Yezidi population already in Sinjar, as well as those in the IPD camps considering a return to their homes,” said the Free Yezidi Foundation Executive Director Pari Ibrahim.

Turkey launched a similar cross border offensive into northeastern Syria in October 2019 after US President Donald trump announced the pullout of US troops from the area. The invasion, which Turkey said was needed to eradicate PKK affiliated groups, led to the displacement of 100,000 civilians – including Muslim Kurds, Arabs, Assyrian and Syriac Christians, and Yazidis.

“They [Yazidis and other minorities] have been killed, disappeared, kidnapped, raped, detained, subjected to forced religious conversion and held for ransom until their families pay exorbitant sums of money to secure their release,” she continued. “The international community has failed to take action.”

Held as a Sex Slave by ISIS for Five Years: 'I Never Thought that One Day I Would Be Free'
CBN News Email Updates