JERUSALEM, Israel - More than 4 million Israelis are expected to cast ballots today. They're trying to break a 12-month Knesset stalemate that has forced three elections in one year. Prime Minister Benjamin Netanyahu is fighting for his political life.

Polling stations opened across the country at 7 a.m. with exit polls expected at the end of the voting day at 10 p.m. Official results are projected to come in late into the night.

Despite voter fatigue and fears about the coronavirus, many experts are predicting a decent turnout. Israelis usually vote in big numbers. Last September it was nearly 70 percent.

Israeli authorities set up some 15 stations to allow Israelis who are in mandatory quarantine after possible exposure to the coronavirus to vote.

"The corona thing is completely under control. Today we've taken all the precautions that are necessary, people can go and vote, with complete confidence," Netanyahu said, after casting his vote in Jerusalem.

While opinion polls are forecasting another political deadlock, Netanyahu is hoping to see a surge of Likud supporters go to the polls on Monday and give him the narrow 61-seat majority he needs to maintain his streak as Israel’s longest-serving prime minister.

“We're two mandates away from victory. If you don't go out and vote, we'll get a fourth election or a Gantz leftist government,” Netanyahu told supporters.

Netanyahu changed strategies this election. Instead of spending big money on advertising, Likud focused on turnout, urging 300,000 Likud voters who stayed home last time to get back to the polls.

Netanyahu is presenting himself as a veteran statesman who is uniquely qualified for office.

While addressing supporters in Tel Aviv, Gantz stressed two major themes this campaign: Netanyahu is unfit for office because of serious corruption charges against him, and Gantz leads the party that can deliver hope to Israel.

With their fate in the hands of the voters, both Netanyahu and Gantz will begin planning for two scenarios: forming a government or bracing for another election.

After the election, it is up to President Reuven Rivlin to choose a leader who is most capable of forming a government coalition in Israel’s 120-seat Knesset. Rivlin usually chooses the leader of the biggest party (for years it's been Likud), to build the government, but his decision also depends on the opinion of other lawmakers in the Knesset.

Both Likud and Blue and White have previously tried and failed to create a government and both parties appear unable to form a majority government coalition with their traditional partners this time.  Since a unity government between the two rivals is unlikely, Monday’s vote may be a preview for a potential fourth election.

“This is usually a holiday, but to be honest I have no festivity in me just a sense of deep shame before you, the citizens of Israel,” Rivlin said as he cast his vote. “We don't deserve this. We don't deserve another horrible and filthy campaign like the one that ends today and we don't deserve this endless instability. We deserve a government that will work for us.”

Stay with CBN News for more election updates from Israel. 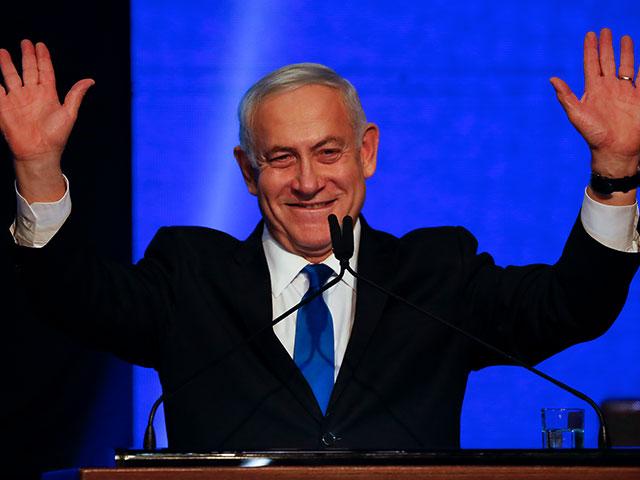