Visit Israel from Your Home: CBN News Takes You to the Holy Land with Daily Virtual Tour 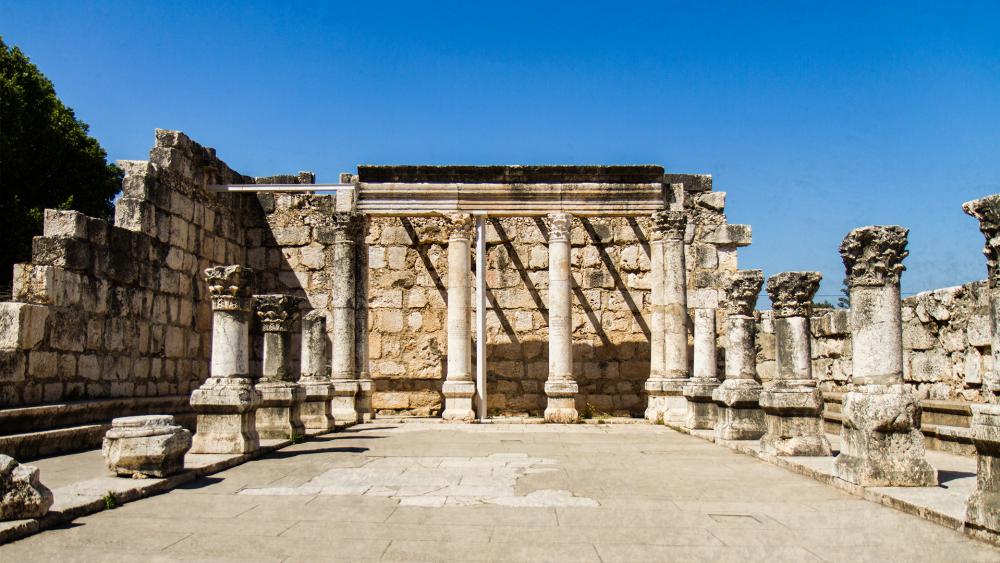 Millions of people around the world have been forced into isolation as part of the global effort to stop the deadly Coronavirus pandemic. Since no tourists are allowed in Israel during this time,

CBN News is bringing Israel to you. Join us here every day as we take you on a virtual tour through Israel's most fascinating sites from the comfort of your own home. Ride with us on the Sea of Galilee, walk the ancient pilgrimage road to that Jesus once walked, and visit ancient Shiloh. We will update this page with a different story each day featuring some of the most iconic biblical and archaeological sites. The coronavirus can't stop this incredible journey. Watch the Bible come alive with us.

Day 21 (Today's Tour): Today we take you to one of the historic locations where Christ spent his final days with his disciples. New technology is helping unravel the mystery of this sacred site.

Day 20. Today we show you a section of an ancient city wall was been discovered by archeologists in Jerusalem. Some say the find confirms the biblical account of the city's existence at the time of King Solomon.

Day 19. We take you to the Western Wall where visitors often place written prayers in the cracks between the stones. But have you ever wondered what happens when no more prayers will fit in those crevices?  Here's the answer.

Day 18. We take you again to the Temple Mount in Jerusalem. The holy site has never been excavated but an illegal construction project 20 years ago opened the door to some major discoveries.

Day 17. Three thousand years ago King David purchased the land on which two consecutive Jewish temples were built – the Temple Mount in Jerusalem. And although god said his house would a house of prayer for all nations not everyone can pray there.   Today we take a look at the controversy that won't go away.

Day 16. Today we take you to the Temple Mount – one of the world's most contested and photographed pieces of real estate.  That's why it's the theme of a unique exhibit in Jerusalem's Old City. "The Mount" follows the history of the holy site from the first photos almost 200 years ago to the selfie of today.

Day 15. More than fifty years ago  Israeli Paratroopers captured the Temple Mount and the Old City during the Six-Day War.  That was a breakthrough moment and since then, Israeli archaeologists have made some of the most significant finds in history in and around Jerusalem.

Day 14. The search for the Ark of the Covenant has captured the imagination of movie makers, archaeologists and even a queen of England.  Legends have placed the ark in such faraway places as Ethiopia or Ireland.  Today we introduce you to a researcher who believes the ark is here in Jerusalem.

Day 13. We take you on the biblical superhighway – the pilgrim's path that led to the Jewish temple in ancient times.

Come back right here tomorrow for the next step in our journey!

Day 12. Journey with us as we take you to the place where King David established his capital.

Day 11. See how God is fulfilling his promises to the Jewish people in the land flowing with milk and honey.

Day 10. We take you on a boat ride across the Dead Sea.

Day 9. Our journey continues at one of the most fascinating places in Israel - the Dead Sea

Day 8. Visit the place where many believe Jesus himself got baptized.

Day 7. Join us as we take you to a 3,000 year-old-city in the Jordan Valley where experts suggest they've found the remains of the prophet Elisha's house.

Day 6. Come with us to the Golan Heights where Israelis have lived on the razor's edge of danger for decades. There we meet families who say they wouldn’t want to live anywhere else despite having a deadly enemy next door.

Day 5. See one of the most important locations in the Old Testament - ancient Shiloh - where archaeologists are finding more and more discoveries that validate the Bible.

Day 4. An amazing discovery in the Galilee that archaeologists say could be as important as the Dead Sea Scrolls. It's a 1st-century Jewish synagogue in the city many believe was the home of Mary Magdalene.

Day 3: Go with us off the beaten path to walk where Jesus walked - along The Gospel Trail.

Day 2: Take a walk with us on the Jesus Trail - a four-day trek that offers you a chance to slow down and absorb the sights and sounds of the Galilee where Jesus lived and ministered.

Day 1: Our journey begins in the Galilee where Jesus performed miracles, walked on water, and gave the Sermon on the Mount.