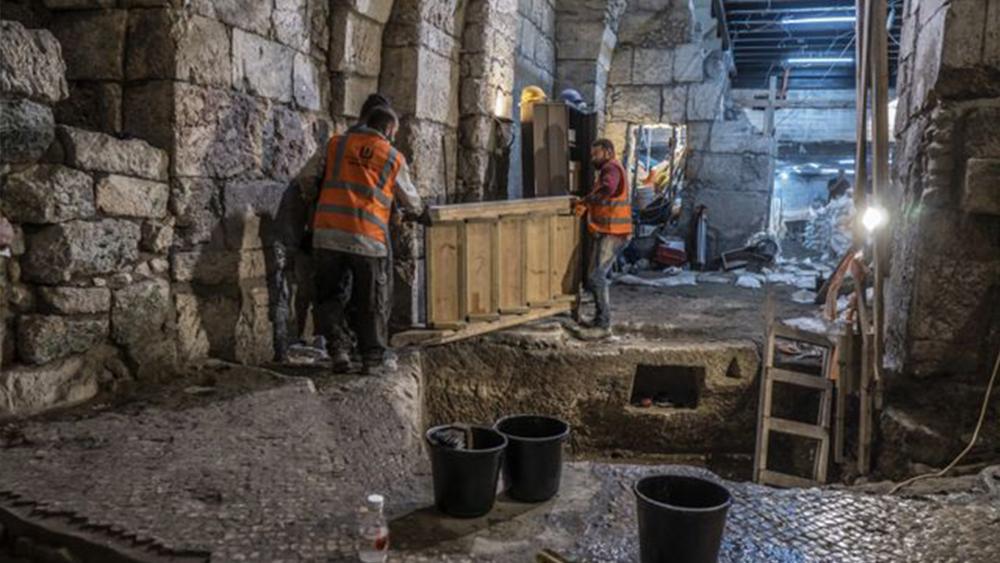 JERUSALEM, Israel – Israeli archaeologists on Tuesday announced the discovery of a 2,000-year-old underground complex near the Western Wall in the heart of Jerusalem.

Authorities uncovered the rocky remains of the subterranean system beneath the entrance lobby of the Western Wall Tunnels. The underground system consists of an open courtyard and two rooms carved by hand into the hard bedrock.

They also discovered pieces of oil lamps, clay cooking vessels, a stone mug found specifically at Jewish sites dating back to the Second Temple Period, and a fragment of a stone basin thought to be used in Jewish purification rituals.

“This is a unique finding,” said Dr. Barak Monnickendam-Givon and Tehila Sadiel, directors of the excavation on behalf of the Israel Antiquities Authority. “This is the first time a subterranean system has been uncovered adjacent to the Western Wall.  You must understand that 2,000 years ago in Jerusalem, like today, it was customary to build out of stone.  The question is, why were such efforts and resources invested in hewing rooms underground in the hard bedrock?”

Researchers suggest the underground complex could have been used by Jerusalem residents as a living space, storage space, or as a hiding place for Jews during the Roman siege of Jerusalem.

The complex was hidden for centuries under a 1,400-year-old Byzantine/Umayyad structure’s white mosaic floor.

The underground system is located specifically in the “Beit Straus” complex, purchased by the German-born Jewish philanthropist Nathan Straus, that now serves as the entrance lobby to the Western Wall Tunnels.

Excavation under Beit Straus was renewed last year.  It formerly served as a soup kitchen.

“The excavations at Beit Straus, under the lobby of the entrance to the Western Wall Tunnels, reveal Jerusalem in its glory: Jerusalem of people, religions, and a variety of groups who lived, worked, built, and glorified Jerusalem throughout the generations,” said Dr. Monnickendam-Givon. 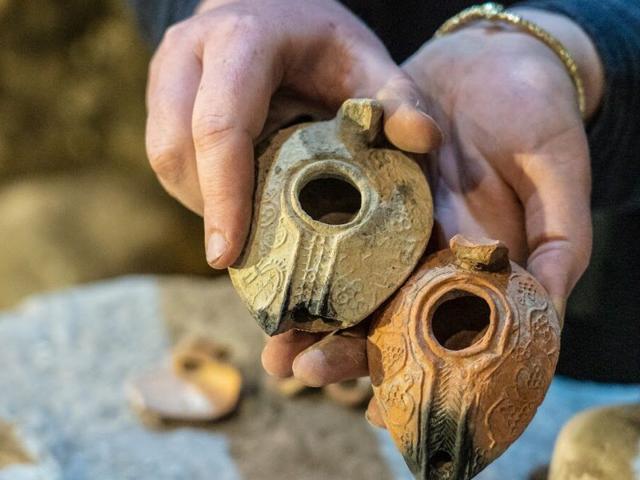 The discovery comes just in time for Jerusalem Day, an Israeli national holiday commemorating the reunification of Jerusalem under Israeli control in the aftermath of the Six-Day War.

“I am excited, on the eve of Jerusalem Day, to reveal to the Jewish nation a new treasure trove of impressive and fascinating findings that shed light on life in Jerusalem throughout the generations in general, and on the eve of the destruction in particular,” said Mordechai (Suli) Eliav, Director of the Western Wall Heritage Foundation.

“This finding epitomizes the deep connection of Jews with Jerusalem, their capital.  Even when there were physical limitations, prayer at the foot of the remnant of our Temple never ceased, and this is tangible evidence of this.”