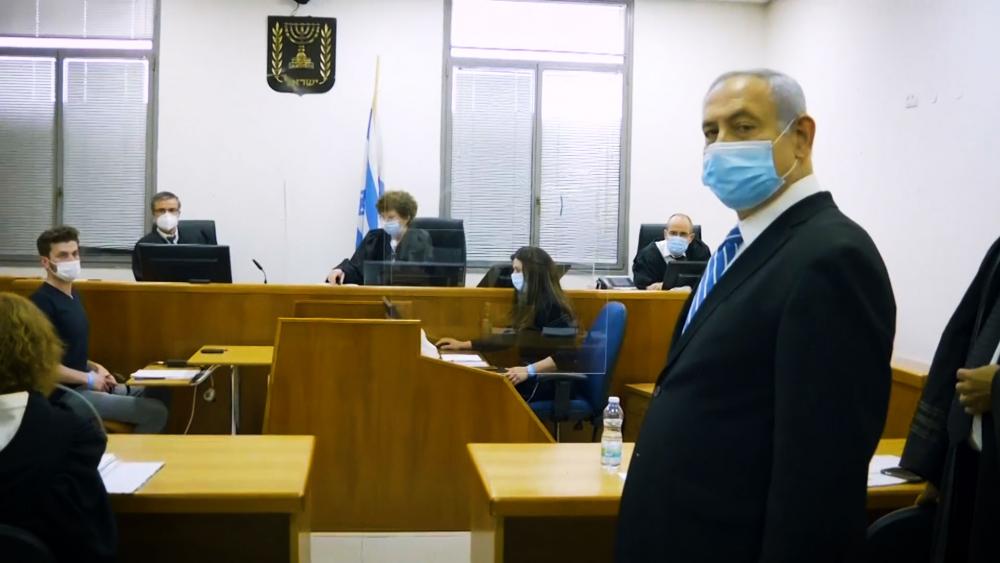 JERUSALEM, Israel - In a trial that could take years, the first step began when Israeli Prime Minister Benjamin Netanyahu appeared in court on Sunday facing corruption charges. It is the first time in Israel's history, a sitting prime minister has faced legal charges while still in office.

Netanyahu appeared before a three-judge panel who will determine his legal fate. Just before the dramatic court hearing and surrounded by his supporters, Netanyahu claimed the police, prosecutors, and the press has tried to depose him and his right-wing government.

"Citizens of Israel, what's on trial today is the wish to eliminate the will of the people, the attempt to topple me and the right-wing camp. for over a decade, the left didn't succeed in doing so in the polls, so in recent years they came up with a new pattern. sources at the police and attorney's office joined together with the left-wing newspapers, I call them the 'just not bibi" bunch in order to tailor baseless cases,'" said Netanyahu.

He also said during a tv interview, he will not accept a plea bargain and wants full transparency.

"I want the public to see the whole picture, that the public would know the whole truth and that's why my first request from the court is full disclosure. I am asking for everything to be broadcast live, a continuous and uncensored broadcast," Netanyahu said.

The trial began at Jerusalem's district court. While his legal fate rests there, his political future is being tried in the court of public opinion where both supporters and detractors of Netanyahu came out into the streets.

Across town, hundreds of anti-Netanyahu demonstrators gathered outside his home wearing and t-shirts with the words “crime minister” and calling for his resignation.

Netanyahu admits to receiving gifts like cigars and champagne from Milchan and Packer but said they were not illegal because they were simply gifts from his good friends.

In Case 2000, Arnon Mozes, owner of the Yedioth Ahronoth newspaper in Israel allegedly asked Netanyahu to use his power to weaken Yedioth's rival newspaper Israel Hayom in exchange for positive news coverage.

An investigation found Netanyahu and Mozes allegedly took actual steps to promote each other's interests, "or at the very least made it appear to the other they were doing so," police noted.

Case 4000 is the most serious of the three cases and alleges Israel's major telecom assured positive press coverage in exchange for favorable government regulations.

Aside from claiming he is the victim of a witch hunt, Netanyahu also accused police and prosecutors of conspiring to "tailor" a case against him and said the evidence was unreliable.

The trial came just hours after the new government held its first cabinet meeting. The next court date could be months away and some legal analysts speculate the trials could take up to two to three years. until then, Netanyahu will be able to serve in the government.