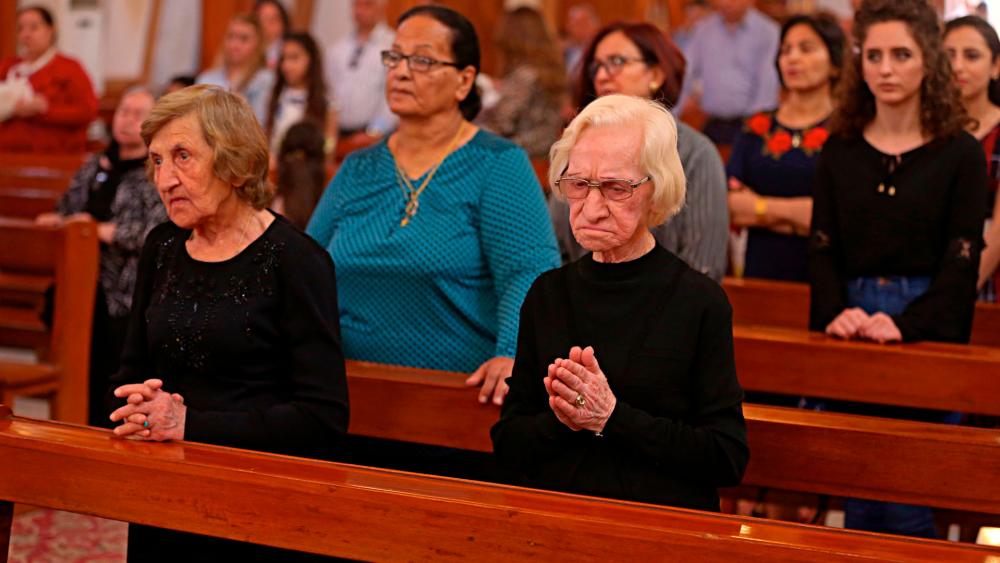 JERUSALEM, Israel – Christians in the Middle East have suffered persecution for centuries but in the past number of years, this persecution has increased dramatically.

Stephen Rasche, the Counsel of the Chaldean Archdiocese in Erbil, Iraq, writes in his book called Disappearing People: The Tragic Fate of Christians in the Middle East, that the situation is delicate for the Middle East’s Christians.

“It's difficult to look at a situation anywhere in the Middle East where the situation of the Christians is improving,” he said.

The book places a heavy focus on the Iraqi Christians who were driven out of their homes by ISIS and fled to Turkey, Lebanon, and other places.

“I think the situation in Iraq is certainly more acute, simply because the numbers have been driven down so drastically,” Rasche explained.

He believes the Middle East is at a crossroads and there are only two options for the future of the region’s Christians: a rebirth or a death.

“Either the Christians that are left there now are a remnant group from which a rebirth can begin provided proper help and changes,” or “we're looking at the end…nothing left besides a museum caretaker-type people,” said Rasche.

He urges Christians in the West to “pay attention” to what’s happening to Christ’s body in the Middle East.

“There's a real fear amongst the Christians in Iraq that in the current situation worldwide that their plight will be forgotten, Rasche said, adding that “it’s easy” for the plight of persecuted Christians to “get lost” in the chaos of the coronavirus pandemic.

“They really pray and hope people in the West and hope churches, in particular, will not forget them and hopefully this book can help keep that flame alive for them.

In terms of what governments can do, you know, we have seen a real change in the last year with the [Trump] administration on how to deal with these refugee displaced populations. There are a lot of positive things that have been happening in this last year, but it's a big, big ship to turn around,” he said.

“This means a tremendous amount to them,” he concluded.