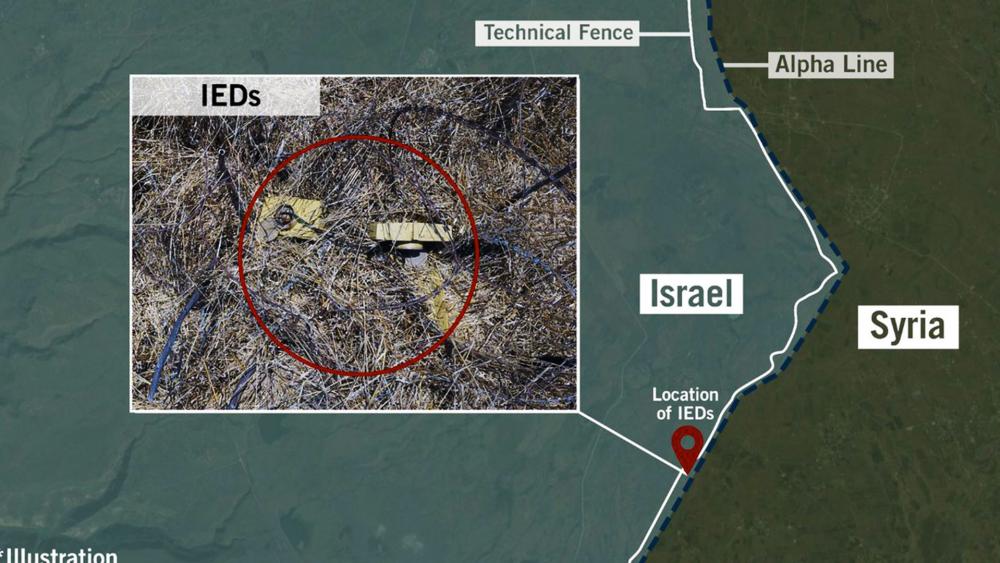 JERUSALEM, Israel – The Israel Defense Forces (IDF) carried out airstrikes on Iranian and Syrian targets in Syria Wednesday morning in response to explosives found on the border in the Golan Heights.

The IDF said in a statement that its warplanes attacked Iran’s Quds Force and Syria’s army, hitting military compounds, warehouses, and missile batteries.

"This was a powerful strike," IDF spokesperson Hidai Zilberman said in a statement to Israeli media. "We attacked targets near the border and all the way to the Damascus area including a central command center of the Iranian forces deployed near the capital's airport and a secret compound which houses high-level Iranian visitors, just south of the city."

The UK-based Syrian Observatory for Human Rights said 10 people were killed in the strikes. Several of them were Iranian. The monitoring group said three Syrian air-defense officers were killed, five Iranian militiamen, and two others who were either Lebanese or Iraqi.

“The death toll is expected to rise further as the attack left several persons injured, some seriously,” the observatory said.

Zilberman said the attack was meant to send a message to Iran that Israel “won’t allow Iranian entrenchment at all and next to the border specifically,” and a warning to Syria that it will be held responsible for allowing Iranian activity in its territory.

According to Zilberman, the explosives discovered on Tuesday were planted weeks ago by Syrians working with Iranian militiamen.

"Earlier, IDF troops exposed improvised explosive devices on the Israeli side of the [border], which were placed by a Syrian squad led by Iranian forces," the IDF Spokesperson's Unit said in a statement.

"The IEDs' exposure on Tuesday is further clear proof of the Iranian entrenchment in Syria," the army said.

Defense Minister Benny Gantz visited the northern border on Tuesday and said Israel will not ignore the planting of explosives in the Golan – territory Israel gained during the 1967 Six-Day War.

"We cannot turn a blind eye to this. It's a grave incident," he said.

The IDF said the Iron Dome missile defense system was reinforced in the Golan in case there is any retaliation against Israel’s strikes.

How Close is Iran to a Nuclear Bomb? Closer Than You May Think
CBN News Email Updates