Malawi Plans to Open Embassy in Jerusalem by Next Summer 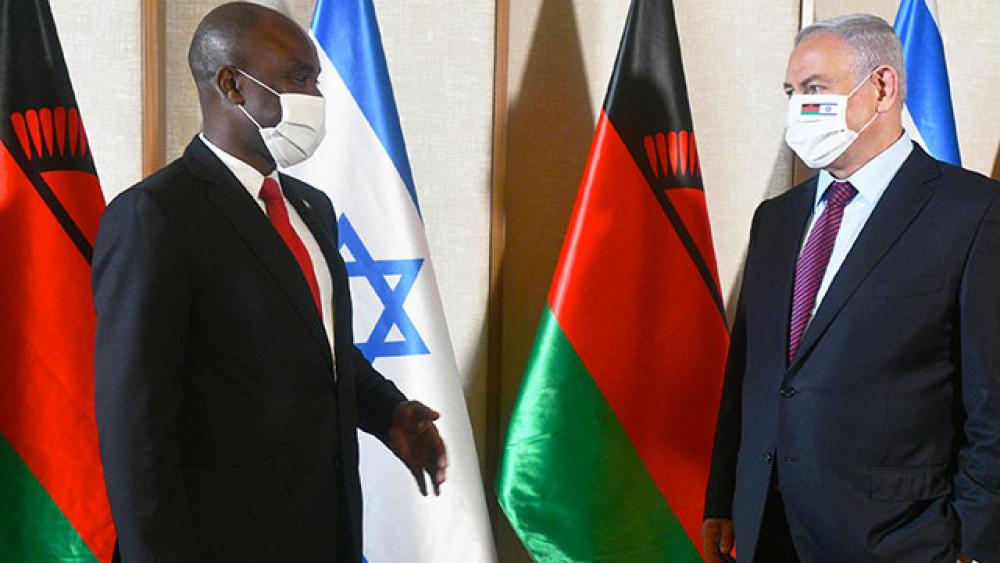 JERUSALEM, Israel – Prime Minister Netanyahu met with the Foreign Minister of Malawi on Thursday after the African country vowed to open an embassy in Jerusalem by next summer.

Malawi Foreign Minister Eisenhower Mkaka announced Tuesday during a visit to Israel that his country is intent on opening a “fully-fledged Embassy in Jerusalem.”

“This is a great day because of your decision to move your embassy to Jerusalem, which is our eternal capital from the time of King David,” Netanyahu told Mkaka during their meeting on Thursday. “We welcome you as a friend. We welcome Malawi as a friend. We've always had excellent relations and they're going to be even better.”

Netanyahu said Israel seeks to strengthen ties between Malawi and Israel in agriculture, health, cybersecurity and “every area” that “lends itself to cooperation.”

The meeting marked Mkaka’s first visit to Jerusalem and comes after Malawi’s president said in August that he plans to open a diplomatic office in the holy city.

Malawi is a majority Christian African nation and currently has no embassy in Jerusalem. President Lazarus Chakwera, an evangelical, has said Malawi will undergo a series of reforms under his leadership.  He took office in July.

“The reforms will also include a review of our diplomatic presence, including our resolve to have new diplomatic missions in Lagos, Nigeria and Jerusalem, Israel. I will be sharing more details about this in the near future,” he declared.

If Malawi follows through on its plans, it will become the first African country to open an embassy in Jerusalem in decades, and the third country after the United States and Guatemala to do so.