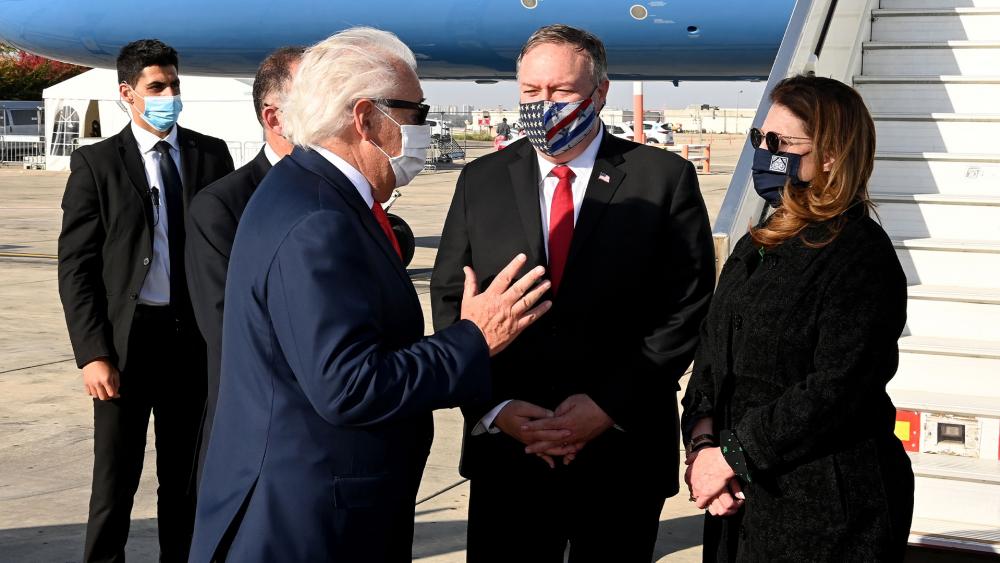 JERUSALEM, Israel – Secretary of State Mike Pompeo made history Thursday by becoming the first top US diplomat to visit a Jewish community in Israel’s biblical heartland. In the Bible, it’s called Judea and Samaria, yet much of the world calls it the West Bank and wants it to be a future state for the Palestinians. The visit represents a dramatic shift in US policy.

Pompeo’s visit to the Jewish community of Binyamin served a dual purpose. In addition, its historic nature, the stop at the Psagot Winery carried a strong business message. Pompeo declared that going forward, products produced in Israeli communities in the West Bank will be labeled “Made in Israel.” That move changes a decades-old US policy. Pompeo also called the Boycott, Divestment, and Sanctions (BDS) movement “anti-Semitic” and said the US would cut support to any groups participating in it.

Pompeo also made the first official US visit to the Golan Heights, which President Donald Trump recognized as part of Israel in March 2019.

“You can’t stand here and stare out at what’s across the border and deny the central thing that President Trump recognized, that previous presidents had refused to do, that this is Israeli and a central part of Israel,” said Pompeo.

On Wednesday, the US, Israel, and Bahrain marked the first-ever trilateral meeting in Jerusalem, the latest milestone in the Abraham Accords.

“Today we're making history again. This is the first-ever official ministerial visit from the kingdom of Bahrain to the state of Israel. It marks another important milestone on the road to peace between our two countries and peace in the region,” Prime Minister Benjamin Netanyahu said at a joint press conference.

“Throughout all the meetings it has been obvious the intention and keenness of all sides to assure that the peace we are pursuing will be a warm peace that will deliver clear benefits to our peoples,” said Abdullatif bin Rashid Al Zayani, Bahrain’s foreign minister.

"These agreements also tell malign actors like the Islamic Republic of Iran that their influence in the region is waning and that they are ever more isolated in this, and shall forever be until they change their direction,” said Pompeo.

The leaders also discussed the exchange of embassies, increased trade, and tourism.

In a related matter, The New York Times reported the Palestinians are considering ending the so-called “pay to slay” program to appease a potential Biden administration.  This program pays convicted Palestinians in prison and their families up to $4,000 a month for terror attacks including murdering Israelis.

However, Itamar Marcus of the Israeli-based watchdog group, Palestinian Media Watch, tells CBN News he feels it’s unlikely the Palestinians will give up the program since it is an integral part of Palestinian society.  Palestinian President Mahmoud Abbas has said numerous times:  “the martyrs and their families are sacred, [and so are] the wounded and the prisoners. We must pay all of them. If one penny remains in our hands it is for them and not for the living.” 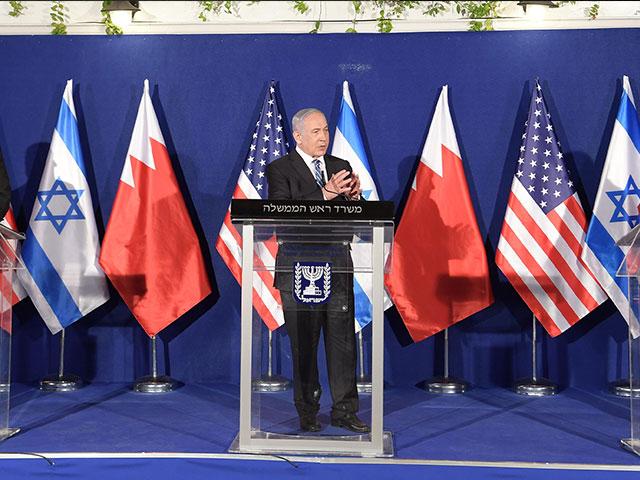