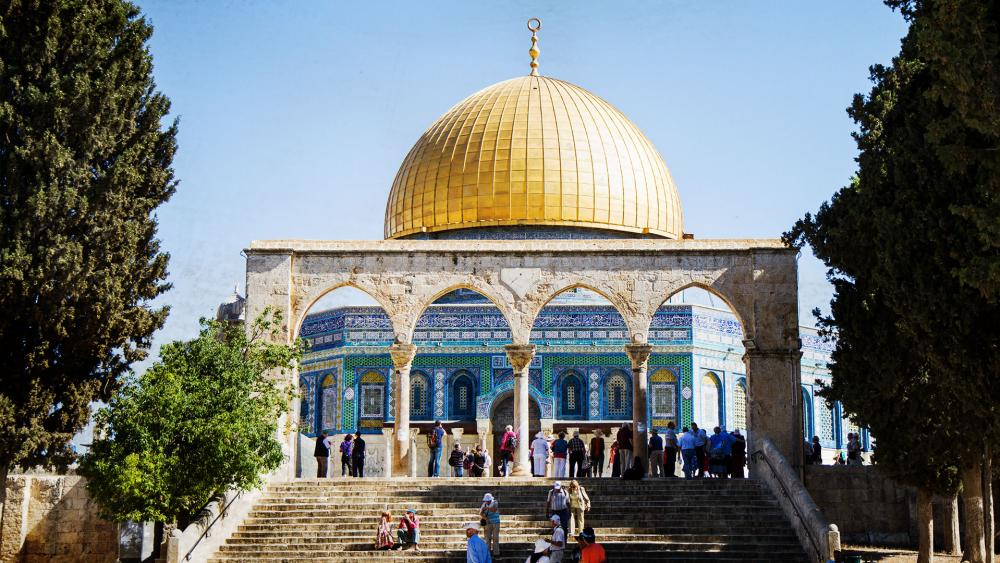 JERUSALEM, Israel – The United Nations General Assembly on Wednesday passed a resolution that refers to the Temple Mount in Jerusalem by its Muslim name of al-Haram al-Sharif, prompting accusations from Israel’s UN ambassador that the body is intentionally ignoring the city’s Jewish roots

The resolution states that the 193-member council is “gravely concerned by the tensions and violence in the recent period throughout the Occupied Palestinian Territory, including East Jerusalem and including with regard to the holy places of Jerusalem, including the Haram al-Sharif.”

The resolution went on to note the “importance of the City of Jerusalem for the three monotheistic religions” including “the special significance of the holy sites.”

Israel’s Ambassador to the UN, Gilad Erdan, told the General Assembly that the resolution “completely ignores any link between the Jewish people and the Temple Mount – our holiest site. This is a disgrace. The audacious attempt to rewrite history will not change the indisputable fact that the Jewish connection to the city of Jerusalem dates back thousands of years.”

“They will also not change the fact that today, our connection to Jerusalem is stronger than ever. A growing number of countries are moving their embassies to Jerusalem, our united and undivided capital,” Erdan continued.

The Temple Mount is venerated as a holy site for Muslims, Christians and Jews. It is the place where both Jewish temples once stood before they were destroyed. Today, the compound is home to two Muslim holy sites – the Dome of the Rock and the Al Aqsa Mosque.

The General Assembly adopted six other resolutions condemning Israel for allegations of mistreatment of Palestinians and contributing to the humanitarian disaster in the Gaza Strip.

“The UN’s disproportionate assault against the Jewish state undermines the institutional credibility of what is supposed to be an impartial international body. Politicization and selectivity harm its founding mission, eroding the UN Charter's promise of equal treatment to all nations large and small,” Neuer added.