Amb. Friedman Tells CBN News Abraham Accords is the 'Beginning of the End' of the Arab-Israeli Conflict 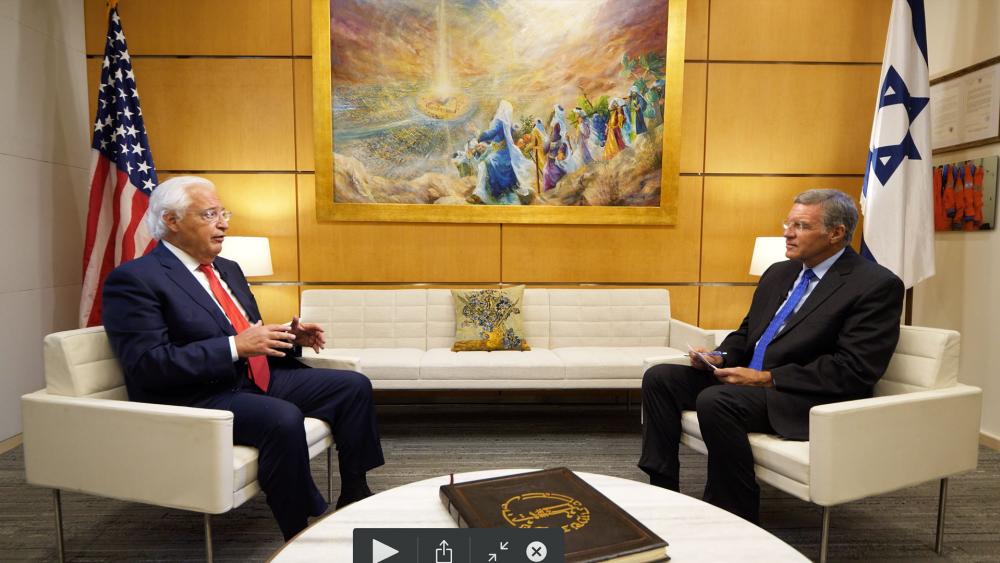 US Ambassador to Israel sits down with CBN News at the US embassy in Jerusalem. Photo credit: CBN News. Oct. 28, 2020.
6205822296001
Amb. Friedman Tells CBN News Abraham Accords is the 'Beginning of the End' of the Arab-Israeli Conflict

JERUSALEM, Israel – From the Abraham Accords to the US Embassy’s move to Jerusalem, US Ambassador to Israel David Friedman has watched historic changes ripple across the Middle East over the past four years.

Sitting down with CBN News just days after the first commercial flight from the United Arab Emirates landed in Israel, Friedman addressed the future of the Abraham Accords. He echoed comments from President Donald Trump, who said as many as 10 Muslim nations are in line to make peace with the Jewish State.

“You could pull out a map and come up with some pretty good guesses as to who’s next. All the regional players are in discussion. I don’t want to speak for them or betray any confidences or sensitivities, but the President is correct, there are five to ten countries that are in discussions with us. They have everything to gain by joining this circle of peace and nothing to lose,” said Friedman.

He believes the growing number of Arab countries formally establishing ties with Israel will dramatically shape the Middle East in the coming years.

“I think we are at the beginning of the end of the Arab-Israeli conflict,” Friedman said, adding that if more Arab countries form relations with Israel, “the old narrative, the old grievances kind of collapse on themselves. And I think we’re really at the beginning of a very hopeful period in the Middle East.”

Click below to watch part 1 of CBN's full interview with Amb. David Friedman

As an observant Jew, Ambassador Friedman often looks at the Middle East through the lens of the Bible.

“The original Abraham Accords was the reconciliation between Isaac and Ishmael. Ishmael was the first son of Abraham, Isaac was the [second]. They were rivals. Abraham was very pained by that rivalry,” Friedman explained. “Isaac and Ishmael reconciled before Abraham passed away…We’re doing that 3,500 years later.”\ 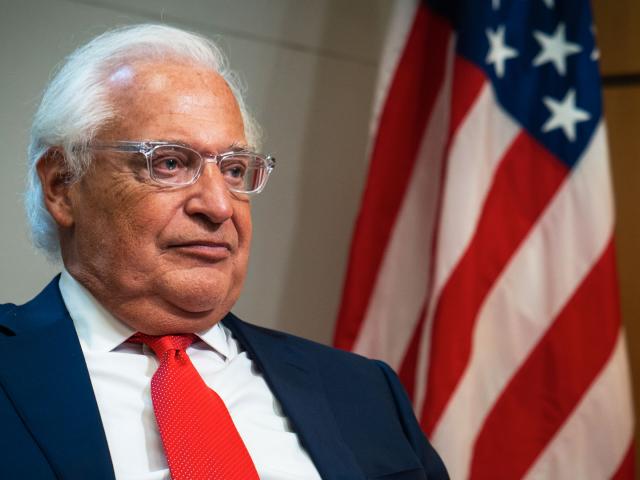 US Ambassador to Israel sits down with CBN News at the US embassy in Jerusalem. Photo credit: CBN News. Oct. 28, 2020.

Friedman was one of the Trump administration’s most outspoken critics against the 2015 Iran nuclear deal, which the US left in 2018. He is concerned by presidential candidate Joe Biden’s willingness to re-enter the deal with Iran if he wins on Nov. 3.

“It would be a disaster,” said Friedman. “Iran is a very dangerous country. We have made Iran far less dangerous than they were four years ago. We’ve broken the Iranian economy. We have made it much more difficult, much more expensive for Iran to engage adventurism, in terrorism … and they’re pulling back. They will continue to pull back, I believe, if we keep the sanctions on. The worst thing we can do right now when we have them on the ropes is to let the pressure off.”

Click below to watch part 2 of CBN's full interview with Amb. David Friedman

Looking look back on the last four years, several achievements in Middle East policy stand out to Friedman. Moving the US embassy to Jerusalem is at the top of that list.

“I think that was really the most important thing that the President did. Not just because we all believe that Jerusalem is the capital of Israel. It’s the message that the move sent to the world that President Trump stands with his friends, stands on principle, keeps a promise,” he said. “It resonated throughout the world and I think it set our foreign policy on the right track everywhere. And it may sound counter-intuitive to some people, but we believe it would lead to peace … and it did.” 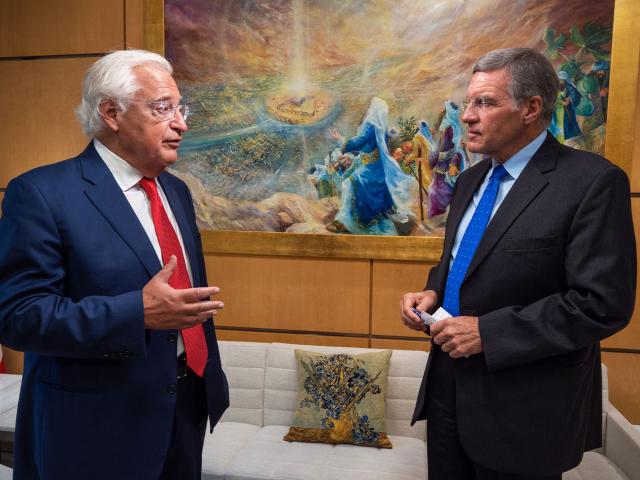 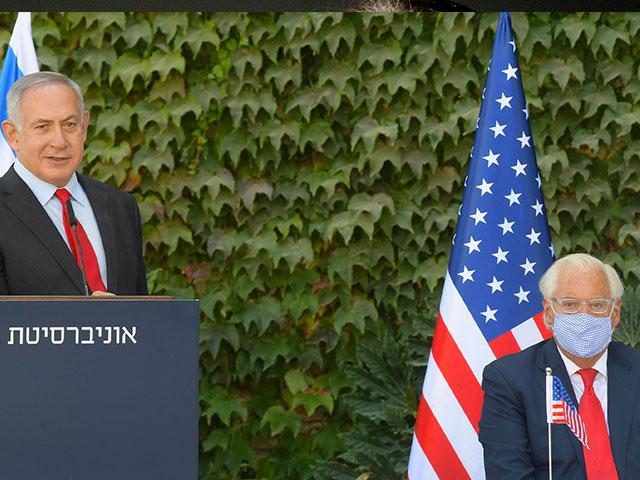