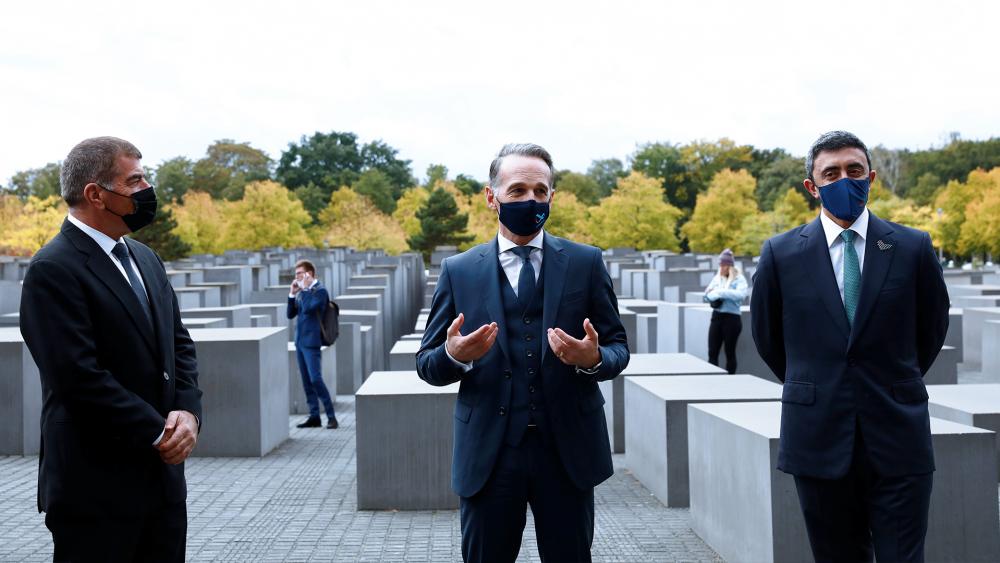 JERUSALEM, Israel – Weeks after the United Arab Emirates and Israel signed a historic agreement to normalize relations, the UAE and Israeli foreign ministers met in Berlin on Tuesday to strengthen ties and honor the victims of the Holocaust together.

German Foreign Minister Heiko Maas said it was a “great honor” that the two leaders chose the German capital as the location of their “historic first meeting.” 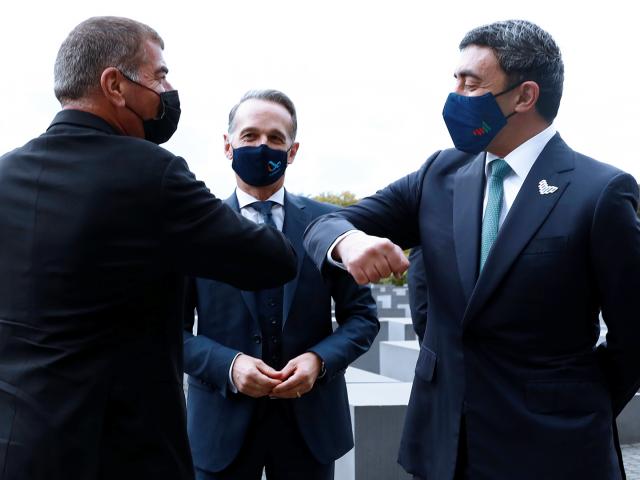 The three ministers visited Berlin’s Holocaust Memorial together to honor the 6 million Jews slaughtered by Nazi Germany. According to Israel’s Walla news site, it was Al Nahyan’s idea to visit the site.

The Emirati diplomat wrote a message in Arabic commemorating the victims of the Holocaust in the visitor’s book at the memorial.

Arabic next to Hebrew.
Israeli FM @Gabi_Ashkenazi, together with UAE FM @ABZayed sign in guest book at Memorial to the Murdered Jews of Europe site in Berlin. In memory of the six million Jews perished in The Holocaust. pic.twitter.com/uvCd1NWbHP

“A whole group of humanity fell victim to those calling for extremism and hatred,” Al Nahyan wrote. He continued, saying that the memorial “underscored the importance of human values such as coexistence, tolerance and accepting the other. These are the values upon which my country was founded.”

“I salute the souls of those who fell victim to the Holocaust,” Al Nahyan wrote. He then quoted a Jewish prayer translated into Arabic.  “May their souls be bound up in the binds of life.

“Never again,” he concluded in English and Arabic.

Next to his commemoration, Ashkenazi wrote in Hebrew, saying that the meeting “symbolizes the beginning of a new era. An era of peace between peoples. Our joint signature in the book of remembrance is like a shared cry and oath: to remember and not to forget, to be strong and to promise ‘never again.'”

Before the meetings, Maas said Germany is committed to fostering peace in the Middle East.

“We must seize this opportunity, and Germany and Europe want to help,” Maas said. “I hope that Berlin can offer a good framework to discuss further steps on this path.”