COMMENTARY: The Abrahamic Accord and a Great Awakening 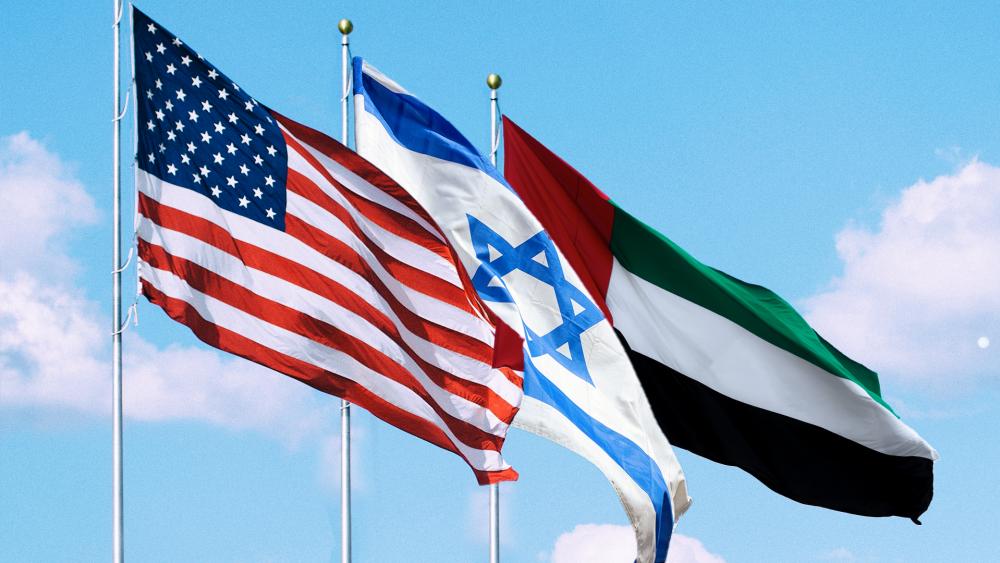 I'm on my way to the White House for the signing of the Abrahamic Accord between the UAE and Israel. This normalization of relations between Israel and its Middle East neighbor through the American diplomacy of President Donald Trump and his team serves as a truly historic development. Yet there may be more good news ahead—a Great Awakening that will revive both America and the world.

Two historical examples offer insight into this intriguing connection between America's support of Israel and revival. In 1948, Israel became a nation once again after 1,900 years. While many have acknowledged the miraculous nature of this event, one of the key supporters of Israel's rebirth was the United States.

What was taking place in America spiritually at this time? Author Patrick Morley notes the sweeping spiritual awakening that spread across the country:

It was at this time that a great generation of Christian leaders emerged. Bill Bright began Campus Crusade for Christ. In 1949, Billy Graham’s distinguished career, which popularized evangelical Christianity for a new generation, exploded on the scene during his Los Angeles crusade sponsored by the Christian Businessmen’s Committee. An estimated 180,000,000 people attended his nearly 400 crusades, and millions more viewed on television.

A second significant event occurred in 1967. Between June 5 to 10, the Six-Day War broke out, leading to a surprising victory by Israel's military. They defeated Egyptian, Syrian, and Jordanian forces, expanding Israel's territory to include the Sinai Peninsula, the Gaza Strip, the Golan Heights, and the West Bank.

Of great importance, the aftermath of the Six-Day War allowed Jews the opportunity to visit the Old City of Jerusalem and pray at the Western Wall. 1967 also marked the beginning of a growing Jewish diaspora, with a wave of Jews making Aliyah to Israel from around the world.

Though the US was deeply entangled in the Vietnam War in 1967, America remained an ally to Israel during this controversial time. Of great importance, the United States was involved in the UN Security Council Resolution 242 to help provide peace for Israel and the Middle East.

Around this same time, the Jesus Movement of the late 1960s arose in the United States. With a large outbreak of revival in Southern California, these "Jesus People" began sharing their faith across the nation.

By 1972, the event Explo '72, held by Campus Crusade for Christ in Dallas, Texas, gathered 80,000 high school and college students from 75 nations for a time of evangelism training. The event's final concert included more than 100,000 estimated attendees, becoming known as the "Christian Woodstock."

Another move of God took place in the Catholic Church. It was called the Charismatic Catholic renewal. I was first introduced to it when I was invited to speak at Giant Stadium. There before my eyes were more than 60,000 Catholics with their hands lifted and praising the Lord. The next time I was introduced to it was at Arrowhead Stadium with 45,000 Catholics jamming the stadium, praising the Lord. It was without a doubt one of the greatest outpourings the Catholic Church has ever seen.

Today another shift is taking place with Israel and its neighbors in the Middle East. With the Abrahamic Accord, Israel and the UAE have formed a peace agreement unprecedented in our generation. While commentators have focused on the political aspects of this agreement, there may be a spiritual aspect to consider as well.

In my book A Great Awakening Is Coming, I investigated America's past awakenings and the events prior to each one. The conclusion? Our nation is ripe for a Third Great Awakening. It's coming! The Abrahamic Accord was not even in existence when my book was published, yet it fits nicely with the direction of world events and global spiritual awakening.

America's evangelicals often refer to 2 Chronicles 7:14: "If My people who are called by My name will humble themselves, and pray and seek My face, and turn from their wicked ways, then I will hear from heaven, and will forgive their sin and heal their land." The original context for this prayer was God speaking to King Solomon and the nation of Israel.

As many in Israel, along with the 73-million members of our Jerusalem Prayer Team, join in prayer for the peace of Jerusalem and blessings upon Israel, God is answering. We may yet see more nations follow the lead of the UAE and expanding the Abrahamic Accord. Two years ago, I predicted five or six nations may make a similar agreement in the near future.

When we see nations in the Middle East making peace with Israel, America is quick to lend its support. As we do, we'll experience more than an Abrahamic Accord. Our nation will receive something only God, and no government, can provide—a Great Awakening.

Mike Evans is a #1 New York Times bestselling author with 107 published books. He is the founder of Friends of Zion Museum in Jerusalem of which the late President Shimon Peres, Israel’s ninth president, was the chair.  He also serves as a founding member on the Trump Evangelical Faith Initiative and has 73 million Facebook followers on the Jerusalem Prayer Team.