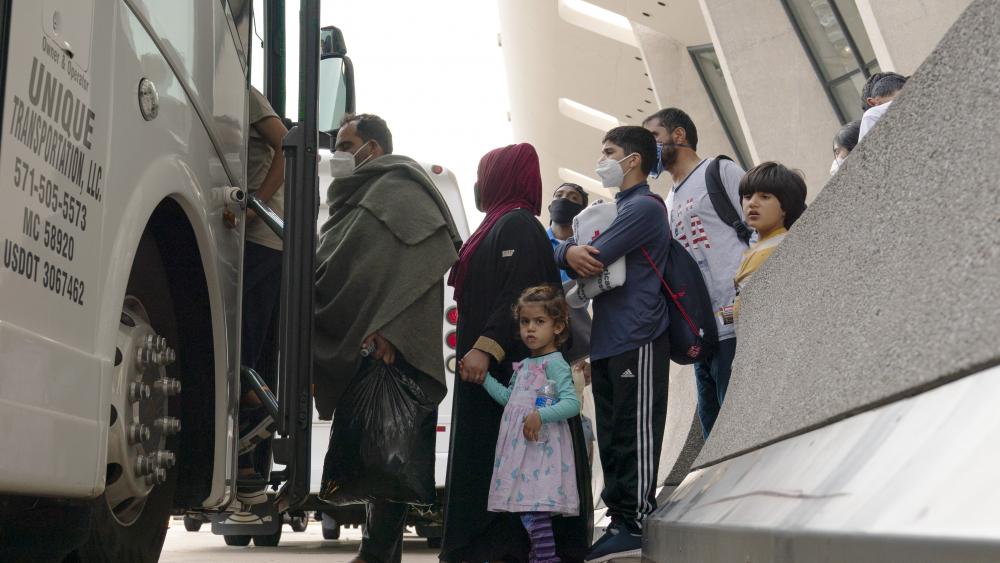 Families evacuated from Kabul, Afghanistan, wait to board a bus after they arrived at Washington Dulles International Airport, in Chantilly, Va., on Thursday, Aug. 26, 2021. (AP Photo/Jose Luis Magana)
6269807883001
Israel-Based Org Helps Send Rescue Flights to Kabul to 'Save as Many Souls as We Can'

JERUSALEM, Israel - As the evacuation deadline for Afghanistan fast approaches, humanitarian groups are helping charter private flights to get aid workers and others out before it’s too late.

“We formed a coalition of like-minded partners. Most of us are faith-based and we’re working together to push ahead to try and save as many souls as we can,” Hedding told CBN News.

So far, the Shai Fund and its partner Mercury One have recused more than 300 people using private flights.

Hedding says many of the Afghans she’s trying to save are Christians who come from a Muslim background.

“They are in fear of their life. They received a letter from the Taliban before they even closed down the whole of Kabul saying, ‘We know who you are; we know where you are.’ So, they’ve got them on a list and they’re hunting them down,” said Hedding.

The Shai Fund’s second attempt to rescue Afghans wasn’t as successful. Some were allowed to enter the airport but then made to leave, while others were turned away.

Iranian-American journalist Farnaz Fassihi, tweeted about it saying, “A 345-seat chartered plane to evacuate Afghans leaves Kabul empty today because they couldn’t get through Taliban checkpoints and US military gates at [the] airport.”

A 345-seat chartered plane to evacuate Afghans leaves Kabul empty today because they couldn't get through Taliban checkpoints and US military gates at airport.
Crushing.#Afghanistan pic.twitter.com/sgzbuDbWSv

While more than 100,000 people have been evacuated, no one is saying how many remain in the country. US Secretary of State Antony Blinken said Wednesday there are still about 1,500 American citizens in the country.

According to The New York Times, refugee and resettlement experts estimate at least 300,000 Afghans face threats from the Taliban for their contacts with Americans.

Hedding, a veteran humanitarian aid worker in places like Syria and Iraq, says she’s never seen anything like this disaster. She’s urging Americans to contact their lawmakers and ask them to help Afghans escape.

“First of all, we can pray because we need a mighty move of the hand of God to save these people,” she said. “But, secondly, we need [you] to contact your senator, contact your Congressman, and tell them that you care and that you don’t want any of these people that have fought for freedom and for what we stand for in the West, that have become believers in Jesus Christ as their Lord and Savior, and are now going to die…reach out to your senator and tell them, do not leave them behind.”

She also warned nothing has changed about the Taliban.