Israel, US Working on ‘Plan B’ to Stop Iran’s Nuclear Program

JERUSALEM, Israel –  Israel and the Biden administration are working together to develop a “Plan B” if nuclear talks between the United States and Iran fail, Israeli Defense Minister Benny Gantz said on Monday.

“The United States and Israel share intelligence information, and the cooperation with the United States in this field is only getting stronger. We are working with them in order to establish a Plan B and to demonstrate that if there is no deal, other activities will begin, as President Biden said,” the defense minister said, speaking to military correspondents.

President Joe Biden met with Israeli Prime Minister Naftali Bennett on Friday, during which they discussed the Iranian nuclear threat. The two leaders agree that Iran should never obtain a nuclear weapon but disagree on strategy.

Biden has sought to revive the nuclear deal Iran signed with world powers in 2015, which placed limits on Iran’s nuclear program in exchange for sanctions relief. Israel believes Iran made the deal in bad faith and that it fails to address Iran’s regional threats, like its proxies and ballistic missiles.

Before traveling to Washington, Bennett said he would try to persuade Biden away from the 2015 Iranian nuclear deal and present an alternative plan.

Biden said in a press conference with Bennett on Friday that his administration is “ready to turn to other options” to address Iran’s nuclear program if the talks failed. Negotiations between Washington and Tehran are currently suspended.

Gantz did not specify what “Plan B” entails, but alluded to military actions against Iran.

“We are allocating resources in order to strengthen our ability to act against challenges in the region, chief among them Iran,” Gantz said. 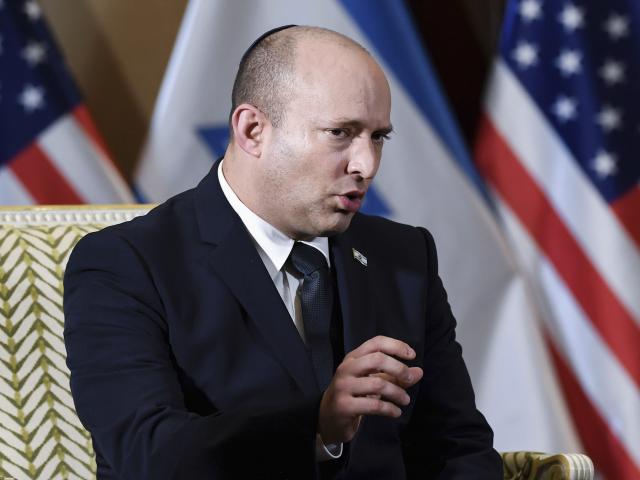