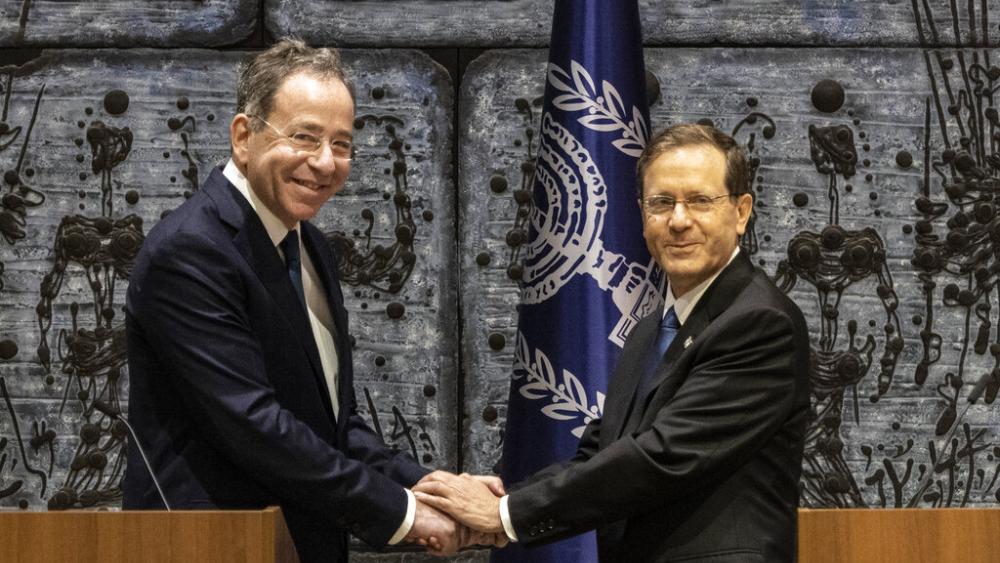 JERUSALEM, Israel – Israel welcomed the new United States Ambassador Richard Nides on Sunday and warned about the growing threat of Iran as world leaders scramble to stop the growth of its nuclear program.

Nides presented his credentials to Israeli President Isaac Herzog at his residence in Jerusalem.

Herzog told Nides "the greatest challenge Israel and the United States face is the common threat posed by Iran” and “Israel will welcome a comprehensive, diplomatic solution which permanently solves the Iranian nuclear threat.”

“In the case of a failure to achieve such [a] solution, Israel is keeping all options on the table,” Herzog added, “and it must be said that if the international community does not take a vigorous stance on this issue — Israel will do so. Israel will protect itself.”

Nides said the US and Israel will work together to counter Iran and prevent Iran from developing a nuclear weapon.

“We will continue to collaborate closely to advance peace and stability and to counter the threat that Iran poses to Israel and the region, and as President Biden has made it very, very clear, the United States is committed to ensuring that Iran never develops a nuclear weapon,” said Nides.

Last week, talks resumed in Vienna between Iran and the remaining signatories of the tattered Iranian nuclear deal signed in 2015. The US was not at the negotiating table because the Trump administration unilaterally abandoned the deal in 2018 and the White House seeks to return to the agreement to prevent Iran from obtaining a nuclear weapon.

World leaders doubt the new negotiations will be successful after Iran took a more hardline stance, suggesting everything discussed in previous rounds of talks could be renegotiated.

The ambassador said his primary agenda is to “reinforce our unshakable and enduring commitment to Israel's defense” and the Biden administration fully supports the replenishment of Israel’s Iron Dome missile defense system.

Herzog urged Nides to help build on the Abraham Accords and said he was coming “to a more hopeful region.” The ambassador said the US supports Israel’s new peace deals with its Arab neighbors, but they cannot replace Israel’s peace process with the Palestinians.

Nides said he would work on adding Israel to the US visa waiver program and would fight against the Boycott, Divestment and Sanctions (BDS) Movement.

“I will stand up against all efforts to isolate and delegitimize Israel internationally,” he said.