Trump Blasts Netanyahu for Congratulating Biden, Accuses Him of Disloyalty 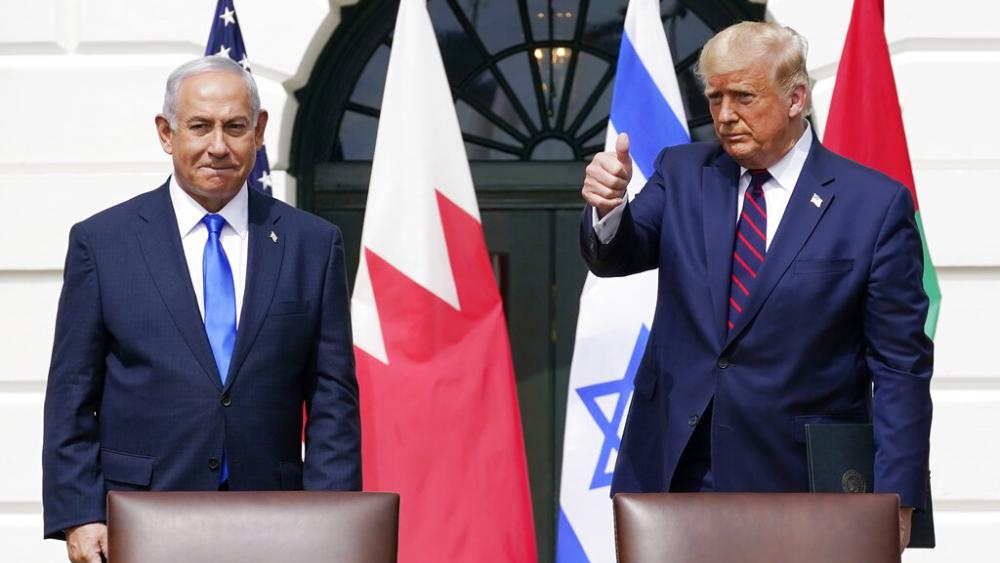 In an interview with Israeli journalist Barak Ravid, Trump accused the former Israeli prime minister of being disloyal and said his congratulatory message to Biden came too soon after the 2020 presidential election was called.

“He was very early. Like earlier than most. I haven’t spoken to him since. (Expletive) him,” said Trump.

Netanyahu was actually one of the last world leaders to congratulate Biden, more than 12 hours after the election. Netanyahu congratulated Biden in a video message and in a tweet, but did not refer to him as president-elect and followed up with another tweet praising Trump.

Trump still denies that he lost the election and said in his interview with Ravid that he felt betrayed by Netanyahu. Trump felt he was partially responsible for Netanyahu’s political survival, but didn’t get the same loyalty in return.

“Nobody did more for Bibi. And I liked Bibi. I still like Bibi,” Trump said, referring to Netanyahu by his nickname. He was “the man that I did more for than any other person I dealt with.”

“But I also like loyalty. The first person to congratulate Biden was Bibi. And not only did he congratulate him, he did it on tape. And it was on tape.”

Responding in a statement on Friday, Netanyahu said, “I highly appreciate President Trump’s big contribution to Israel and its security."

"I also appreciate the importance of the strong alliance between Israel and the U.S. and therefore it was important for me to congratulate the incoming President," the statement said, referring to Biden.

“I was personally disappointed in him,” Trump said. “Bibi could have stayed quiet. He made a terrible mistake.”

That election was the first of four inconclusive polls until Netanyahu was removed from power in 2021 after failing to form a stable government.

Trump repeatedly argued during his interview that he had done more for Israel and Netanyahu than any other US president, citing the US Embassy move to Jerusalem and his unilateral withdrawal from the 2015 Iran nuclear deal.

Trump suggested Israel would have been destroyed if it wasn’t for him pulling out of the deal.

"The decision to back out of the deal was because of my relations with Israel – not with Bibi. Those were my feelings towards Israel," the former president said.

Trump’s comments came from two interviews he conducted with Ravid in April and July for the Israeli journalist’s new Hebrew-laguage book, Trump’s Peace: The Abraham Accords and the Reshaping of the Middle East, set to be released on Sunday.

When asked if he would run for president again in 2024, Trump said: “We’ll see, maybe I will have a second term. We’ll see what happens. I am not making any plans.”