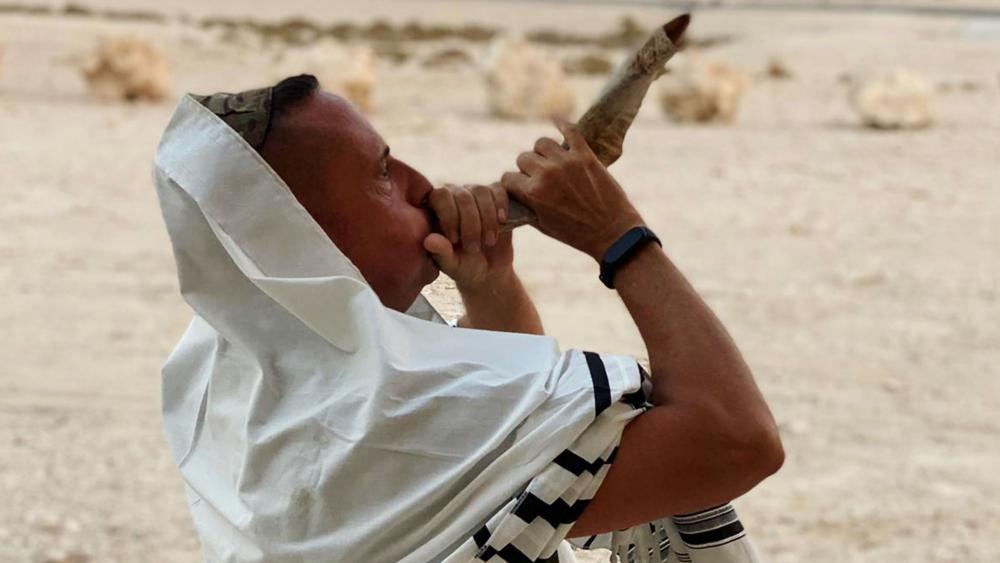 JERUSALEM, Israel - For the first time ever, the Jewish communities in the six Gulf States have come together to form an organization to serve the religious needs of their communities and Jewish visitors in the United Arab Emirates, Bahrain, Kuwait, Oman, Qatar and Saudi Arabia.

The Association of Gulf Jewish Communities (AGJC) will be led by Lebanese-born, American rabbi Dr. Elie Abadie, and Bahraini-Jewish businessman, Ebrahim Dawood Nonoo, who will serve as president.

“The Jewish communities in the Gulf are growing, slowly but significantly, especially in the last several months, which pretty much the entire Gulf kind of opened up. And so, we have many Jewish tourists, Jewish businessmen and businesswomen who are coming to look for opportunities and look for the places,” said Rabbi Abadie, the rabbi for the AGJC.

“We came to the realization that we need to be prepared for the growth, for the exponential growth of Jewish communities throughout the six Gulf countries,” Abadie told CBN News.

Abadie, who was also a medical doctor in New York, took up his post as the senior Rabbi of the Jewish Council of the Emirates in November.

AGJC was formed in the wake of the Abraham Accords that saw diplomatic and economic agreements signed between Israel and four Arab states beginning with the UAE and Bahrain last August.

“I think the Abraham Accords in a sense opened up the door that was there from before in which people may now feel more comfortable living and experiencing Jewish life in the open, in public,” Abadie said.

But he stressed the fact that the Abraham Accords was an agreement between countries and the organization he heads is a civil association of faith communities.

Abadie estimates there are about 1,000 Jews living in the UAE alone. Jewish people have been living in Bahrain for more than 130 years.

“The Jewish community in Bahrain is the only indigenous Jewish community in the Gulf. Our families arrived here in the late 1880s and since that time, our community has been part of the fabric of Bahrain society,” said former Bahraini ambassador to the United States, Houda Nonoo, She’s the cousin Ebrahim.

“As a result, we understand the needs of some of the smaller or newer communities in the region and look to support them through the Association of Gulf Jewish Communities by offering a plethora of initiatives such as our upcoming virtual megillah reading on Purim,” Nonoo told CBN News in a statement.

Abadie said first and foremost, his job will be to meet the spiritual needs of the Jewish communities.

“I’m the only rabbi for those six Gulf countries and therefore I’m going to be servicing all of those communities at least for now in the spiritual realm, religious realm and life cycle events,” like bar mitzvahs and weddings, he said.

He’ll also give lectures and courses, and travel once the COVID-19 pandemic is ended. The AGJC will oversee kosher food services and a religious court that will maintain Jewish records such as those of weddings, divorces, as well as mediate disputes.

“I believe that there are many other Jews that have not yet lived an open Jewish life and which now they will begin doing so, once we have all the services in place,” Abadie said.

Abadie believes there will be a big influx of Jews and Israelis into the Gulf states for a number of reasons.

“Aspect number one is, it’s just a new frontier. It’s a new frontier for people that have wandered the globe for over 2,000 years,” he said.

They’ll also come for business reasons and for tourism. But ironically, the fourth reason might be surprising – that it will become a “safe haven” for Jewish people fleeing growing anti-Semitism in the West.

When asked about Jewish people fleeing to Israel, he said he said if Jews want to immigrate to Israel, then they applaud it. But if they need an interim place, then the Gulf states could be that home.

And even if they’re not fleeing, Abadie says, he believes the Gulf States are going to become the new Miami for Europeans and even Israelis, where people might have a second home for the winter.