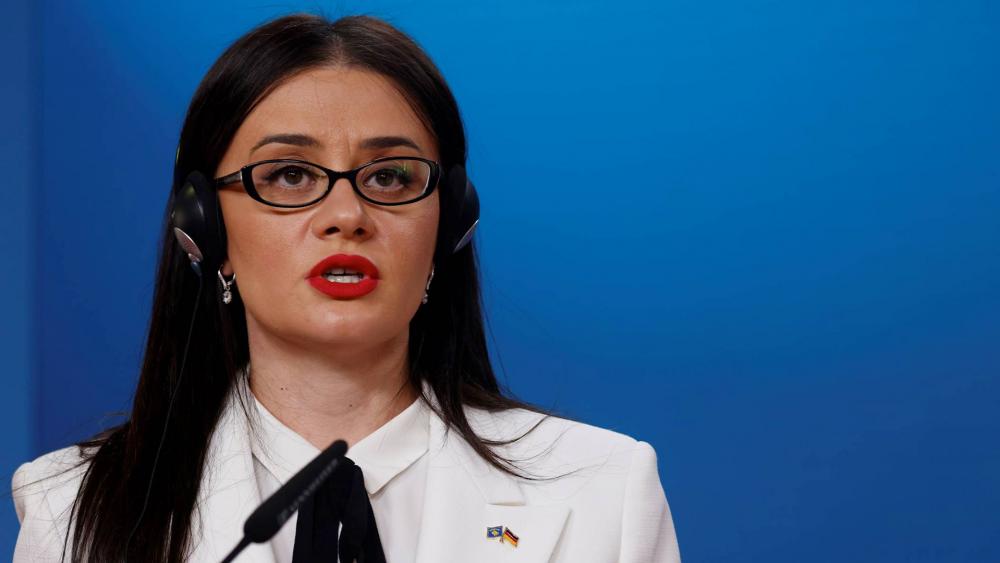 Foreign Minister of the Republic of Kosovo, Meliza Haradinaj Stublla, speaks during a press conference with her German counterpart at the Federal Foreign Office, in Berlin, Nov. 3, 2020. (Odd Andersen/Pool via AP)

Kosovo’s Foreign Minister, Meliza Haradinaj-Stubla, was supposed to travel to Israel to attend the ceremony in person, but Israeli authorities shuttered the Ben Gurion Airport in a bid to lower virus cases.

In a video on her Facebook page, Haradinaj-Stubla cited Israel and Kosovo’s similar struggles for independence.

“Despite the challenges we faced and that affected our existence we remained invincible as peoples and never gave up nor did we lose hope," she said.

Israel and Kosovo decided to mutually recognize each other last September at the White House.

Kosovo’s Parliament declared independence from Serbia in 2008. Most Western counties recognized Kosovo’s independence, but Serbia and its allies Russia and China have not. Kosovo did not recognize Israel because the Jewish state refused to recognize the Balkan country’s own independence. Israel did not want to recognize a unilateral declaration of statehood over concern that it could set a precedent for Palestinian nationalists.

“Recognition by Israel is one of the greatest achievements for Kosovo, coming at a key moment for us, thanks to the United States of America, our common and eternal ally,” she said.

Kosovo, a Muslim-majority country, will open its embassy in Jerusalem, making it the third country to do so after the United States and Guatemala.