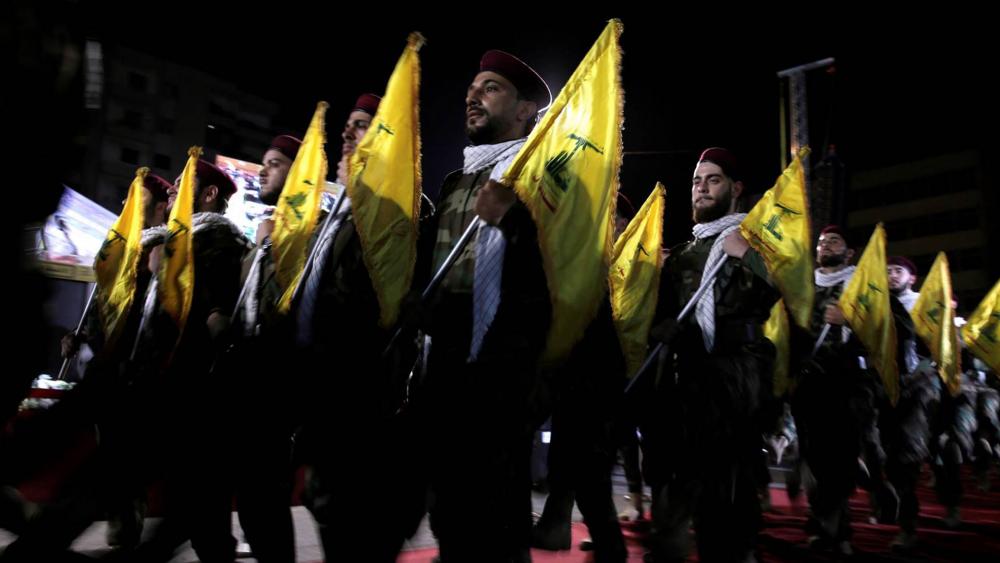 In this May 31, 2019 file photo, Hezbollah fighters march at a rally. (AP Photo/Hassan Ammar, File)

A Syrian military official said Israel fired surface-to-surface and air-to-ground missiles at targets in southern Syria. The UK-based Syrian Observatory for Human Rights said the missiles targeted several Iranian-backed forces in the Quneitra province. Some of those sites belonged to Hezbollah, according to the al-Arabia news agency.

There were no reported injuries but there was damage.

Earlier on Wednesday, at least two planes allegedly used by Iran to transfer weapons to Syria and Lebanon were spotted en route from Tehran to Damascus. The airstrikes also came after Hezbollah fired anti-aircraft missiles at an Israeli drone on Wednesday.

The IDF said in a statement that the aircraft was not hit and “we continued our mission as planned.”

On Monday, Hezbollah says its fighters shot down an Israeli drone in the village of Blida in Southern Lebanon. The Israeli military did not confirm that the drone was shot down, but said it crashed in Lebanon. Israel rarely ever comments on its activity in Syria but has carried out hundreds of attacks against Iranian-linked fighters in the country.

In recent months, Israel has stepped up its activity against these Iranian-backed groups. Meanwhile, Tehran continues to develop its nuclear program at a rapid pace.