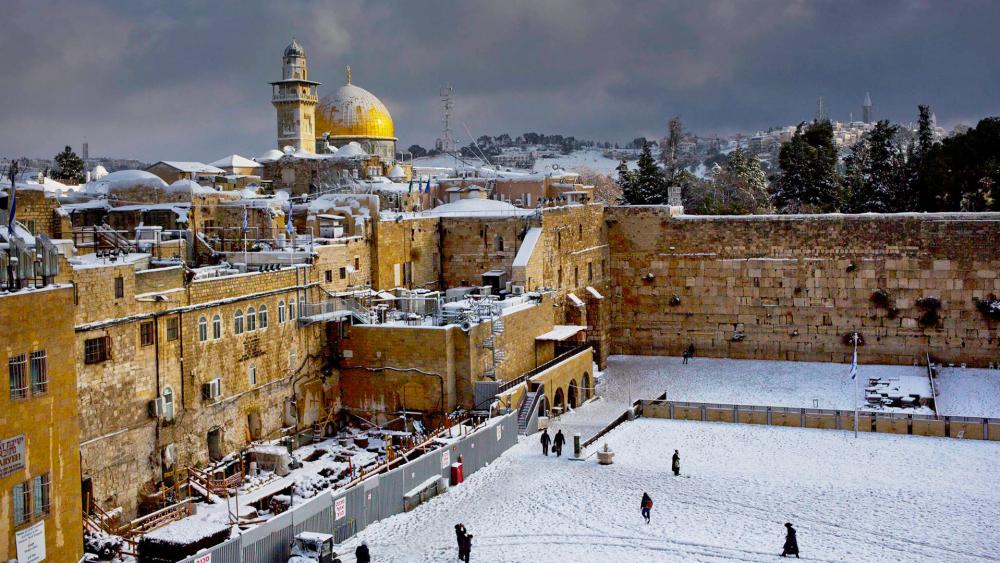 In this Dec. 13, 2013 file photo, the Western Wall, right, and the gilded Dome of the Rock, among the holiest sites for Jews and Muslims, are covered in snow. (AP Photo/Dusan Vranic, File)

JERUSALEM, Israel – Israelis are bracing for a cold snap set to bring plunging temperatures and snow in some parts of the country.

Heavy rain is expected across Israel Tuesday evening, but freezing temperatures could bring a rare snowstorm by Wednesday. Meteorologists say Jerusalem could see up to four inches of snow while the Golan Heights is preparing for as much as 30 inches. If the weather stays below freezing, the snow could stick for at least a day or two.

The Jerusalem municipality is preparing the city for the winter blast.

“We are doing our utmost to best prepare for the weather,” said Jerusalem Mayor Moshe Lion. “I urge city residents to abide by safety rules and obey instructions.”

The municipality is working to protect the city’s homeless and said snowplows will be ready to clear roads if needed. Jerusalem residents are encouraged to keep their hot water dripping to prevent pipes from freezing.

Meanwhile, flood warnings are in place for some coastal cities.

Israel’s central region gets snow every few years. The last time Israel saw major snowfall was in 2013 when a winter storm brought one foot of snow to Jerusalem and knocked out power in several neighborhoods.