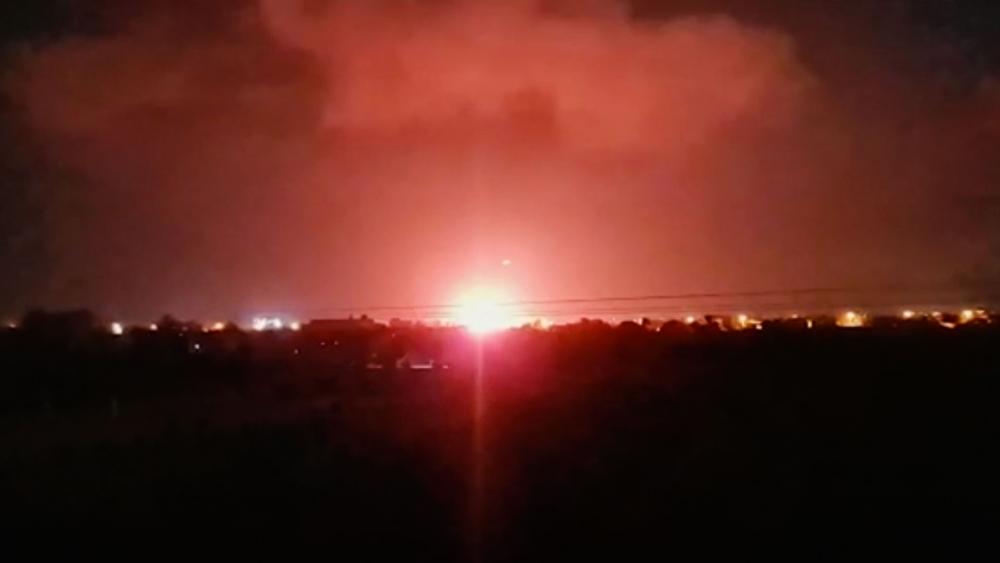 JERUSALEM, Israel - The Israel Defense Forces (IDF) on Monday said it "struck a Hamas military base" in response to incendiary balloon attacks from the Gaza Strip.

Israel said the Hamas target was near civilian sites in Gaza, including a school. There were no immediate reports of casualties or deaths.

"We will continue to respond to any terror attempts from Gaza," the IDF said in a statement.

The airstrike came hours after Hamas-linked terrorists launched incendiary balloons into Israel, sparking at least three fires. Israel's fire service did not report any injuries or damage to property.

Israel’s military liaison to the Palestinians, the Coordinator of Government Activities in the Territories (COGAT), said in a statement that "Hamas bears responsibility for everything that is done in and out of the Gaza Strip towards the State of Israel, and it will bear the consequences of the violence perpetrated against the citizens of the country."

Hamas has warned of more violence if Israel tightens restrictions on the Gaza Strip.

On Sunday, Israel prevented 25 trucks containing Qatari fuel from entering the coastal enclave. An Israeli official told Israeli media the trucks were stopped because Palestinain Authority officials in Gaza failed to coordinate with them. PA officials denied this claim, saying the UN and Qatar are responsible for coordinating with Israel.

An Israeli defense official said the fuel is expected to enter the Strip on Monday.

Israeli and Hamas officials have been meeting in Cairo to strengthen the ceasefire brokered by Egypt following their 11-day war in May.